Prospects for the recovery of the aviation market could be good if people start flying again, the UK boss of Airbus has said.

In June, the aerospace giant announced plans to cut 1,435 jobs at its site in Broughton, North Wales, and 295 at Filton, Bristol, as a result of the coronavirus pandemic.

Katherine Bennett, senior vice president of Airbus, met with Labour leader Sir Keir Starmer and Wales’s First Minister Mark Drakeford at a research facility next to the Broughton factory on Thursday as they called for an extension to the UK Government’s furlough scheme.

She told the PA news agency the business was having “constructive discussions” with governments about what support could be given but it was vital people started using air travel again.

Ms Bennett said: “The IATA, the global aviation industry experts, say that flights are down by 70% so we need to get people flying again, we’re a long-term industry.

“But the prospects are good if the market restores, which we guess will be in a few years’ time. We need to get more aerospace people working in research centres like this.”

She said there had been 40% reductions in production at Airbus but praised the way employees and trade union representatives had worked with the business.

Ms Bennett said: “A few months back, in January, we were busy trying to reskill people and get people doing more research and technology and here we are today having to cut back on production in terms of 40% reductions.

“Our employees understand that, they’re clever people, they know what the industry’s like and we just need to put a good foot forward and be confident for the future.”

Sir Keir has said the country faces an unemployment crisis “on a scale not seen for generations”.

Speaking while at the AMRC research facility, he said: “Here in North Wales, jobs and businesses are at risk, good jobs in places like Airbus, and everybody must do everything they can to support those jobs.” 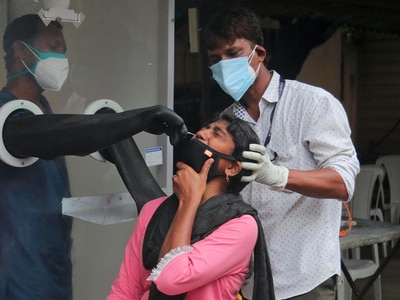