The ally of former leader Jeremy Corbyn said there was ‘no question’ Unite’s donations to Labour would be reviewed.

The chief of Labour’s biggest union backer said his organisation would “no doubt” review its financial support in the wake of the decision to offer payouts to whistleblowers who accused the party of failing to tackle anti-Semitism.

General secretary of Unite, Len McCluskey, used an interview with the Observer to issue a warning to Labour leader Sir Keir Starmer after the party agreed to pay “substantial damages” to whistleblowers who contributed to a TV expose of its handling of anti-Semitism.

Mr McCluskey, an ally of former leader Jeremy Corbyn, said the payouts were “an abuse of members’ money”.

He told the paper: “A lot of it is Unite’s money and I’m already being asked all kinds of questions by my executive.

“It’s as though a huge sign has been put up outside the Labour party with ‘queue here with your writ and get your payment over there’.”

Under Mr Corbyn’s leadership, the party was dogged with allegations that it had failed to take action over members accused of promoting anti-Semitism.

Seven former employees from the party’s governance and legal unit, who were responsible for the investigation of allegations of misconduct by party members, sued Labour after it issued a press release describing them as having “personal and political axes to grind”.

The legal action followed the broadcast in July 2019 of a BBC Panorama programme titled Is Labour Anti-Semitic?.

The party has refused to disclose how much the settlement would end up costing, but the Telegraph reported that fees and damages were likely to amount to nearly £375,000.

Sir Keir’s predecessor Mr Corbyn called the decision to settle “disappointing” and claimed it was a “political decision, not a legal one”.

Mr Corybn said his team was advised while he was leader that the “party had a strong defence”.

Labour declined to comment on Mr McCluskey’s donation review threat, but Sir Keir’s spokesman previously said all three candidates in the final of the party’s leadership contest, which concluded in April, had agreed they wanted to see the case settled.

The spokesman told reporters last month: “I think it is worth remembering that during the leadership contest, all three candidates – Rebecca (Long-Bailey), Keir and Lisa (Nandy) – said, and all pledged at the Jewish Labour Movement hustings, that they would seek to settle this issue and that also they believed the party had not taken the right approach at the time.”

In his interview, Mr McCluskey also warned Sir Keir over the direction of the party, suggesting it would “constitute a problem” if the former director of public prosecutions moved away from his leadership campaign pledges.

His position included keeping left-wing policies adopted during the Corbyn regime, such as higher taxes on the wealthy, abolishing tuition fees and public ownership of rail, mail, energy and water.

Sir Keir has so far ruled out speculating what will be in the next election manifesto, but has regularly emphasised that the 2019 Labour platform was defeated at the polls in December.

Mr McCluskey said: “He has to recognise that the ship he is sailing, if it lists too much to the right, will go under.

“We’ll have to wait to see how the situation unfolds.

“Unite is financially a very powerful and strong union. We have a political fund that is the largest in the whole of Europe.

“So of course, my members would expect that we are influential in that respect.”

The 70-year-old also ruled out standing down as Unite leader before his term is due to come to an end in April 2022.

Johnson will be ‘ruthless’ over adding France to UK quarantine list 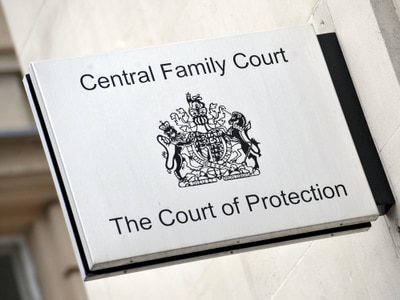 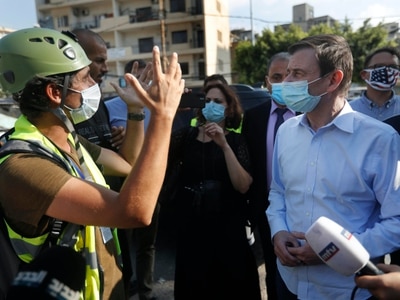