Michael Gove said face coverings should not be made mandatory in shops but should be worn out of courtesy and consideration.

A behavioural expert who advises the Government has said messaging around face coverings should be “clear, coherent, consistent” after a senior minister said they would not be made compulsory in shops.

On Sunday, Cabinet Office minister Michael Gove said face coverings should not be made mandatory in shops but should be worn out of courtesy and consideration for others.

Mr Gove told the BBC: “I would encourage people to wear face masks when they are inside, in an environment where they are likely to be mixing with others and where the ventilation may not be as good as it might.

“I think that it is basic good manners, courtesy and consideration, to wear a face mask if you are, for example, in a shop. I trust people’s good sense.”

Behavioural expert Professor Susan Michie, who is a member of the Government’s Scientific Advisory Group for Emergencies (Sage), said any legislation needed to be accompanied with information campaigns on why and how to follow the rules if people are to adhere to them.

She said this had not been seen with the UK Government’s approach to face coverings in England, adding that it was “signalling importance rather than punishment”.

She told the PA news agency: “The Government is signalling we’re lifting all these things, and that suggests that things aren’t very risky any more.

“So the advantage of legislation is saying this is really risky, this is really important but it should be accompanied by clear, coherent, consistent messaging and a good public information campaign.”

The UK Government’s approach has been compared to Scotland’s after a law making face coverings in stores mandatory for most people came into effect on Friday.

First Minister Nicola Sturgeon issued a plea for people to abide by the new law, appealing for Scots to do so “in solidarity” to protect both themselves and others.

Linda Bauld, professor of public health at the University of Edinburgh, told PA there had been clearer messaging on face coverings in Scotland, including from the First Minister.

Addressing Mr Gove’s comments, Prof Bauld said: “Leadership and showing that example is key but trying to encourage people to do it as good manners is not really sufficient.

“You don’t have to do that much on enforcement, there are other measures in public health that we’ve had in the past where enforcement can be minimal but if people are told to do it and that there will be an enforcement response if something goes wrong, most people will do it, the smoking ban is the best example of that.”

The concept of nudge techniques in behavioural science has also been raised, described as making small changes to the environment to prompt behavioural changes.

Part owned by the Cabinet Office, the Behavioural Insights Team (BIT) – also known as the Nudge Unit – has been conducting behavioural research to assist with policy, including in relation to the Covid-19 pandemic.

Prof Bauld said: “Nudge is really useful in terms of behavioural economics and psychology and as a framework but the problem is it’s a voluntary response, it’s about changing the environment.

“It does work, but in this situation probably the easiest thing is we have now is for people to understand that voluntary measures may not be the best approach.”

He told BBC Radio 4’s Westminster Hour: “We need Matt Hancock to come to the House (tomorrow) and say this is what the science says, this is what we believe you should be doing and then let’s move on. Have a clear message and we all know where we stand.” 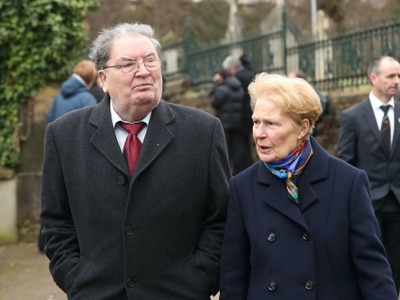