Hong Kong: What is happening in the Asian economic hub?

Boris Johnson has accused China of breaching a key treaty with Britain by imposing a heavily criticised national security law on Hong Kong.

But what is the background to the legislation, why is the UK concerned, and how has the world responded?

– What is Britain’s link to Hong Kong?

Hong Kong island was ceded to Britain after China’s defeat in the First Opium War in the 19th century, with China later leasing the New Territories, which forms Hong Kong’s rural areas, to Britain for 99 years in 1898.

The approaching expiration led to the Sino-British Joint Declaration, signed in 1984, in which Britain agreed to return Hong Kong to China in 1997.

It became a Special Administrative Region of China run under the “one country, two systems” principle.

– What assurances were given when Britain handed it to China?

Under the Joint Declaration, China guaranteed that for at least 50 years Hong Kong’s way of life, including its freedoms and its high degree of autonomy, would remain unchanged.

Hong Kong was to have its own government and legislature composed of Hong Kong people, while its capitalist system, currency and financial markets were to remain intact.

– What has happened since?

Critics have long accused China of eroding Hong Kong’s special status, and pro-democracy protesters took to the streets of Hong Kong last year in response to Beijing’s tightening grip on the territory.

China has passed a controversial national security law which makes activities deemed subversive or secessionist punishable by imprisonment, and it is seen as targeting anti-government demonstrators.

The law came into effect on Tuesday night and police have already made hundreds of arrests under it – including one person said to have displayed a sign with the Union flag which called for Hong Kong’s independence.

– What does this mean for Hong Kong on the global stage?

Hong Kong is a major financial hub, and there are concerns that the law change could put this status under threat.

The US House of Representatives passed legislation on Wednesday that would impose penalties on banks doing business with Chinese officials who implement the national security law.

– How did Hong Kong get its status as a major finance hub and is this now in doubt?

The financial services sector grew rapidly under British rule and around three-quarters of the world’s top 100 banks have a presence in the city.

Its location – with access to mainland China and other large markets like Singapore, Japan and Australia – has helped it thrive, along with a lack of capital controls. Many of China’s largest firms list in Hong Kong to attract foreign investment, such as e-commerce company Alibaba.

Markets dislike uncertainty and a lack of predictability on future events could cause problems for Hong Kong, with companies looking to places with a more Western legal system, such as Singapore, to set up shop.

– How has Britain responded?

Boris Johnson has vowed to introduce a new route for people in Hong Kong with British National (Overseas) status to apply for visas to live and work in the UK and apply for citizenship.

Downing Street said they will be eligible to travel to the UK immediately ahead of the details of the scheme being finalised “in the coming weeks” and that they will not face salary thresholds.

– What is British National (Overseas) status?

Hongkongers were considered British citizens from the start of British rule and were able to enter and live in the UK until 1983, when citizens from colonies were granted different status based on ancestry and where they were born.

Under the Hong Kong Act of 1985, a new nationality for British Dependent Territories citizens was agreed for the transition to Chinese rule with the creation of the British National (Overseas) status.

– Can people still become British Nationals (Overseas) and how many are there?

No, acquisition was never automatic and registrations began in 1987 and finished at the end of 1997.

– What about their dependants?

Nothing has been said on this in the past week, but Mr Raab was asked on June 2 what options would be explored to support BN(O) passport holders.

He said: “Fundamentally, rather than just wait for international co-operation on the specific issue of what will happen to those who are not willing to stay in Hong Kong, we feel that we have a duty—as a matter of international law, moral responsibility and historical responsibility—to come out and lead.

“That is why we have said that we will allow the 300,000-plus passport holders, along with their dependants, to come to the UK in the way I described.” 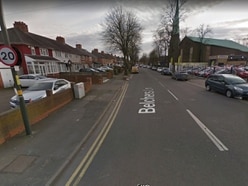 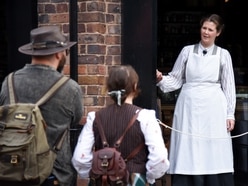