The Duke Of Sussex shared his congratulations as part of The Diana Award online ceremony on his late mother’s birthday.

The Duke of Sussex has paid tribute to young people tackling racial inequality in a surprise speech to recipients of The Diana Award.

Harry appeared on behalf of both himself and his brother the Duke of Cambridge on what would have been their late mother Diana, Princess of Wales’s 59th birthday.

The duke said in a congratulatory video message during the charity’s online social action awards ceremony, that those working on race issues gave him the “greatest hope” amid the division, isolation and anger around the world.

Harry said: “I am so incredibly proud to be part of these awards as they honour the legacy of my mother and bring out the very best in people like you.

“You are all doing such incredible work and at a time of great uncertainty, you have found the power and inspiration inside of you to make a positive mark on the world, and I love that The Diana Award is able to help you do it.

“I know that my mother has been an inspiration to many of you and I can assure you she would have been fighting your corner.

“Right now, we’re seeing situations around the world where division, isolation and anger are dominating as pain and trauma come to the surface.

“But I see the greatest hope in people like you and I’m confident about the world’s future and its ability to heal because it is in your hands.”

It comes after the Duchess of Sussex, who became the first mixed race person to marry a senior royal, delivered an impassioned Black Lives Matter speech to her old high school following the death of George Floyd in the US, sharing her “absolute devastation” at racial divisions.

Harry highlighted the work of a number of recipients including 24-year-old James Frater from London.

Mr Frater, as a young Black Caribbean boy, had 300 detentions and exclusions from school, but his life was turned around after he was mentored by four teachers.

He is now training to become a doctor and has focused on creating initiatives to increase the representation  of black students at university, particularly at Russell Group ones.

Mr Frater was one of the 184 people – children and young adults – presented with a Diana Award accolade this year for social action or humanitarian efforts.

The charity was set up in memory of the princess who was killed in a car crash in 1997 when Harry was just 12 and William 15.

Others championed by the duke included 23-year-old Nasra Ayub from Bristol who is an activist at Integrate UK, a youth-led charity that works towards gender and racial equality and cross-cultural cohesion.

She has provided consultation to two Prime Ministers, joined meetings at the Home Office and has represented the organisation at the African Union, Ethiopia.

Others name-checked by Harry included Demetri Addison, 19, from Jamaica, who is an advocate for young people in the face of rising youth violence; Jhemar Jonas, 17, who raises awareness about youth violence in south London; and Shanea Kerry Oldham, 19, from London, who developed the Operation Inspire mentoring programme for young boys that were excluded internally and founded Your Life More Life, which creates safe spaces for young people impacted by serious youth violence.

Marvel Mthembu, 22, from Johannesburg, was also recognised by the duke for setting up the international organisation Crushing The Barriers.

The Vamps star James McVey hosted the 2020 Diana Awards, and celebrities including singers Liam Payne and Bastille’s Dan Smith , actor Will Poulter, and actress Dame Emma Thompson were among those who recorded virtual messages honouring the award winners. 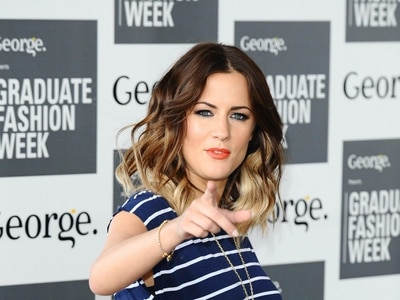