Sheku Bayoh died in 2015 aged 32 after being restrained by officers responding to a call in Kirkcaldy, Fife.

The sister of a man who died in police custody is to speak at a virtual anti-racism protest and rally organised by the STUC calling for justice for her brother.

The union said it fully understands the depth of anger and desire to show solidarity that is moving people to attend a physical Black Lives Matter rally in Glasgow on Sunday, but cannot advise people to attend due to the coronavirus threat.

Instead it plans to hold a virtual rally on the fifth anniversary of the burial of Sheku Bayoh to reaffirm its support for the Justice for Sheku Bayoh campaign and to highlight the racism experienced by black and ethnic minority people in Scotland.

First Minister Nicola Sturgeon and Police Scotland chief constable Iain Livingstone have urged people not to attend mass gatherings this weekend, which have been taking place internationally in the wake of George Floyd’s death in the US – with Ms Sturgeon advising people to find alternative ways to protest against racism.

Mr Floyd, 46, died after a white police officer held him down by pressing a knee into his neck in Minneapolis on May 25, sparking protests in the US and international Black Lives Matter demonstrations.

Roz Foyer, STUC general secretary designate, said: “It is our duty to ensure that what is happening now is not just a moment of anger and solidarity.

“Rather our duty is to make this a beginning of an examination of our response to racism and our commitment to stamp it out.

“That process can begin with redoubling all efforts to achieve justice for Sheku Bayoh.”

Mr Bayoh died in 2015 aged 32 after being restrained by officers responding to a call in Kirkcaldy, Fife.

His family believes race played a part in his death and a public inquiry was announced by Justice Secretary Humza Yousaf in November last year, with which Police Scotland pledged to “engage fully”.

The virtual protest will be streamed to the STUC facebook page at https://www.facebook.com/scottishtuc/

Usman Ali said: “Racism and discrimination have been long standing issues affecting Black and Minority Ethnic workers in Scotland and across the world.

“We have seen a sharp increase in racism since the health, social and economic pandemic of coronavirus started.

“We need to recognise and call out the issues affecting Scotland’s Black workers including the type of job roles they are likely to perform, the low rate of pay they are often likely to receive, the poor treatment and conditions they are having to put up with.

“All of these issues affect Black and Minority Ethnic Workers and Communities here at home and across the world and if we do not face up and call out these realities, then we cannot begin to build the fairer, equal and just Scotland and World.”

Ms Johnson previously urged people to protest digitally due to the pandemic.

She said: “As a staff nurse I know the deadly impact of the virus and I would worry about social distancing on the day and the lives of my family and other lives being put at risk.

“Sadly we cannot attend, nor will we encourage others to go because we believe a virtual protest would be far more effective and involve those unable to attend because of the risk.” 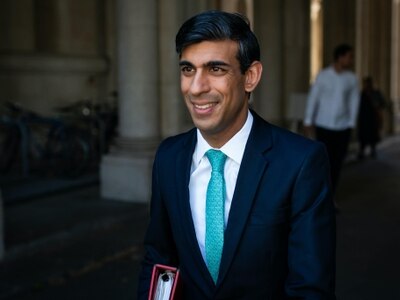