Health Secretary Matt Hancock has warned that people are unlikely to be able to go on foreign holidays this summer, despite Ryanair planning to restore 40% of its flights from July.

Asked whether “summer was cancelled”, Mr Hancock told ITV’s This Morning: “I think that’s likely to be the case.”

He added: “It is unlikely that big, lavish international holidays are going to be possible for this summer.

“I just think that’s a reality of life.”

On Tuesday evening, Ireland’s chief medical officer Dr Tony Holohan said it was unlikely the country’s restriction on non-essential travel would be lifted by July.

He said Irish citizens should not be making holiday plans amid the risk of potentially bringing coronavirus back into the country.

The Foreign and Commonwealth Office has advised against all but essential international travel since March 17, while domestic holidays are not allowed due to the Government’s lockdown orders issued six days later.

The plan involves 90% of the airline’s pre-Covid-19 route network being restored, but on reduced frequencies.

Since mid-March it has operated a skeleton daily schedule of 30 flights per day between the UK, Ireland and the rest of Europe.

Passengers and crew will be required to wear face masks or face coverings, and pass temperature checks.

Queuing for toilets will be banned, but “toilet access will be made available to individual passengers upon request”, according to the airline.

A limited range of refreshments will be sold on board, and no cash will be accepted.

Ryanair said all surfaces in its cabins will be disinfected every night with chemicals which are effective for more than 24 hours.

The carrier will require all passengers flying in July and August to complete a form when they check in, stating how long their visit will be and where they are staying.

This information will be provided to EU governments to “help them to monitor any isolation regulations they require of visitors on intra-EU flights”.

Ryanair chief executive Eddie Wilson said: “It is important for our customers and our people that we return to some normal schedules from 1 July onwards.

“Governments around Europe have implemented a four-month lockdown to limit the spread of the Covid-19 virus.

“After four months, it is time to get Europe flying again so we can reunite friends and families, allow people to return to work and restart Europe’s tourism industry, which provides so many millions of jobs.”

Dr Holohan declined to be drawn on Ryanair’s announcement but he expressed concern about Irish people planning summer holidays.

“Our position at the moment, we’re advising against all non-essential travel and I don’t envisage that position will have changed within that timeframe,” he said.

He added that the disease is at different stages in different countries and stressed that Ireland does not want to see its citizens going on holiday and bringing the disease back to the country.

“The current arrangement now is that we recommend against non-essential travel outside of the island, and we don’t want to see Irish people planning to head abroad on holidays and then have to come back into the country where we’re in a position where we might be contemplating some additional restrictions that might have to apply to those people.

“We don’t want to see people who are from this country leaving for non-essential purposes at this moment of time.

“We think the airlines can facilitate and play a role in helping us in that respect.”

Rory Boland, editor of consumer magazine Which? Travel, said: “With the (UK) Government set to introduce quarantine rules for passengers entering the country, expanding flight schedules now is likely to leave many families – who booked summer holidays months ago – with expensive flights they can’t take and no way to get their money back.

“Even if these flights are ultimately cancelled because the Government does not lift its advice against foreign travel, customers face a fight for their money from an airline that has already been breaking the law by delaying refunds for customers.”

“If some air traffic and revenue generation capabilities are not restored in time for the peak summer months, we will see airports across Europe going bust, with a far-reaching domino effect upon local communities.” 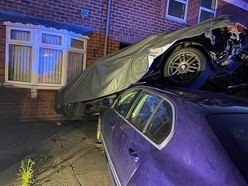