Services run by Avanti West Coast from London Euston to Glasgow and Edinburgh via Birmingham were affected.

The West Coast Main Line was closed in both directions between Carlisle and Lancaster shortly before 7.50am on Thursday following recent downpours.

The line was reopened for northbound trains at 9.20am, while southbound services could not begin running until 10.10am.

Services run by Avanti West Coast from London Euston to Glasgow and Edinburgh via Birmingham were affected, as well as trains operated by Northern and TransPennine Express.

Ticket restrictions were lifted and rail replacement buses were deployed between Preston and Carlisle.

Passengers were warned that some journeys could take up to two hours longer than normal.

A speed restriction was implemented for trains in Cumbria and north Lancashire between 5pm on Wednesday and 10am on Thursday due to the wet weather increasing the risk of landslips and flooding.

A Network Rail spokesman said: “As predicted, the very heavy rain overnight in Cumbria and north Lancashire has flooded parts of the West Coast Main Line.

“Because fast moving floodwater can undermine the railway’s foundation stones, trains were brought to a stop while our engineers made sure the railway was safe for passengers.

“The West Coast Main Line is open again but with some services delayed people are advised to check National Rail Enquiries or with their train operator for the latest travel information.”

Several lines in Wales remain closed due to flooding, including Aberdare to Pontypridd; Ebbw Vale Town to Cardiff Central; Abergavenny to Hereford; and Blaenau Ffestiniog to Llandudno.

London Euston services were also affected by a points failure caused by an accident during overnight engineering work.

Points are mechanical systems that enable trains to switch from one track to another.

Network Rail’s spokesman said: “A set of points was accidentally damaged during some engineering work on the approaches to Euston last night.

“This has reduced the number of tracks and platforms we are able to use at Euston this morning and some services have had to be altered or cancelled as a result.” 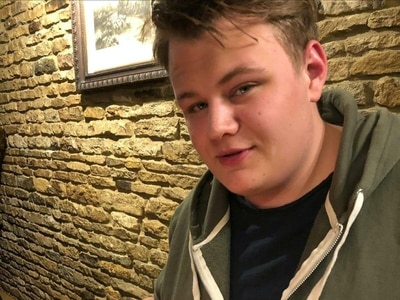