Specialist emergency teams from the RSPCA have saved sheep, horses and household pets in incidents across Wales.

Flocks of sheep, horses and pets have been rescued after falling victim to Storm Dennis in Wales.

Specialist emergency teams from the RSPCA saved sheep and horses in Carmarthenshire, with more than 40 sheep plucked to safety from Newcastle Emlyn.

In nearby Llandeilo only one sheep from a flock of 25 was rescued alive from a flooded field.

A water rescue team also went to the aid of 22 sheep trapped by the floodwater in a field in St Asaph, Denbighshire.

Officers checked the condition of the ewes – all heavily in lamb – and made the decision not to attempt a rescue.

Inspector Anthony Joynes said: “We took hay out to the 20 sheep and fed them in situ.

“As the sheep were all heavily in lamb and it would have been such a treacherous move to get them out of the flooding we decided to leave them where they were.

“As the flood water has begun receding and the farmer was on hand to monitor them, we felt they would be safer left in situ. Had we have started trying to rescue them they would have spooked and likely fled into the water where they may well have drowned.

“We’ll return tomorrow to check on the sheep again.”

Inspectors were also assisting emergency crews helping to evacuate residents from their homes in the village of Nantgarw, near Cardiff.

RSPCA inspector Emma Williams said: “I left animal boxes for transportation and my contact details for them to call me if they need immediate assistance.

“It was just heartbreaking to see the impact of the storm.

“The emergency services were doing such an amazing job in such difficult circumstances and I’m glad to hear that residents and their pets were evacuated safely.

“Although we have heard reports that a dog sadly drowned at Nantgarw. Our thoughts go out to the owner along with everyone who was affected.”

The RSPCA has been on full alert because of the flooding and received calls from across Wales.

RSPCA deputy chief inspector Phil Lewis said: “Storm Dennis has caused great devastation across Wales and our thoughts are with everyone who has been affected.

“We have seen prolonged rainfall coming in on top of areas that are already saturated. As a result over the weekend, we’ve been so busy that we have had to prioritise emergency calls.

“All our water rescue teams have been deployed and off-duty staff have come in to help with the emergency.

“We are there to help where we can but we urge people to be prepared and make sure they’ve made plans for their pets and livestock.”

Mr Lewis said members of the public should not risk their lives to save an animal.

“In case of flooding, the RSPCA has an experienced team – trained to work in water, to rescue both people and animals – to provide assistance to communities affected by flooding,” he added. 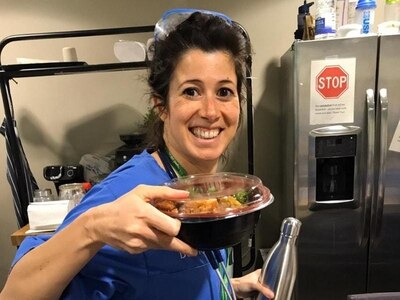