The Prime Minister suggested the UK could ‘prosper’ with an Australian-style relationship with the EU, even though they have no formal trade deal.

Boris Johnson’s suggestion that the UK could be prepared to accept an Australian-style relationship with the EU without a formal trade deal has “surprised” Brussels.

European Commission president Ursula von der Leyen pointed out that even Australia wants a better trading relationship with the bloc than the one it currently has.

She said the UK and EU should be “way more ambitious” about reaching a full trade deal.

In a speech setting out the UK’s negotiating objectives, Mr Johnson said the question was whether to seek a Canadian-style deal or an Australian-style relationship, “and I have no doubt that in either case the UK will prosper”.

But speaking in the European Parliament, Ms von der Leyen said both models fell short of a deal which would meet the goals of allowing trade without tariffs and quotas.

That aim, set out in the Political Declaration, would require a “level playing field” with both sides guaranteeing “fair competition and the protection of social, environmental and consumer standards”.

“We are ready to discuss all different models of trade agreement. But all these models, whatever you choose, have one thing in common – they all come not only with rights but also with obligations for both sides.”

The Canada deal eliminates most, but not all, tariffs and quotas and “we still have our standards that have to be respected”, she said.

Ms von der Leyen added: “Honestly, I was a little bit surprised to hear the Prime Minister of the United Kingdom speak about the Australian model.

“Australia, without any doubt, is a strong and a like-minded partner. But the European Union does not have a trade agreement with Australia.

“We are currently trading on WTO terms and, if this is the British choice, well, we are fine with that, without any question.”

But the EU was trying to negotiate a trade deal with Australia to end the current situation.

“Of course the UK can decide to settle for less, but I personally believe that we should be way more ambitious,” she said.

Ms von der Leyen’s speech in Strasbourg came as the UK Government set out further details of its plans for January 1 2021 after the Brexit transition period expires.

Chancellor Sajid Javid said the Government will aim to conclude a full range of equivalence assessments by June 2020 – allowing the UK and EU to respect each other’s rules.

But he said the UK would also have the freedom to diverge and regulate in a different way from the rules set in Brussels.

Writing in City AM, he said: “Each side will only grant equivalence if it believes the other’s regulations are compatible.

“But compatible does not mean identical, and both the UK and the EU have at different times recognised the importance of focusing on regulatory outcomes.

“We will no longer be rule-takers, but we remain committed to the highest international standards of financial regulation and to shaping global rule-making.”

But Brussels’ chief negotiator Michel Barnier said: “I would like to take this opportunity to make it clear to certain people in the United Kingdom bearing authority that they should not kid themselves about this – there will not be general, open-ended, ongoing equivalence in financial services.”

The EU would “retain a free hand to take our own decisions”.

Shadow chancellor John McDonnell said he feared there was a “risk” that investors and banks could leave the City of London if the Government did not seal a deal on financial services with the EU “quickly”.

“We saw last time Macron positioning France to take a fair amount of business and play hardball, and I think that is going to happen now,” the Labour frontbencher told journalists in Westminster.

Senior Cabinet minister Michael Gove confirmed on Monday that goods coming to Britain from the EU will face import controls from January 1.

The British Retail Consortium (BRC) said the Government would have to move fast to get infrastructure in place for the start of 2021, warning that without adequate preparations the availability of goods on shelves would be disrupted, with fresh fruit and vegetables especially vulnerable.

Mr Barnier told MEPs it would not be “business as usual” after January 1.

“Come what may, on January 1 we will be imposing checks on all products entering the single market, just as we do to every other third country in the world,” he said.

Captain of TV’s The Love Boat tells Princess Diamond passengers: hang in there 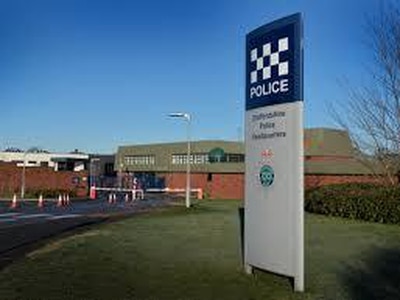 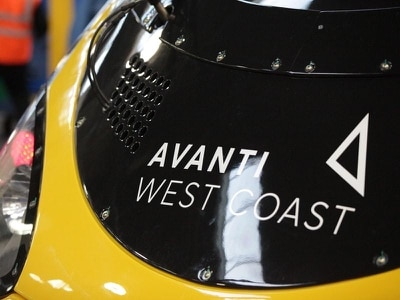