Creation of Brexit department was a mistake, says former minister

Sir David Lidington said the Department for Exiting the European Union should have been ‘an annex to the Cabinet Office and Number 10’.

It was a mistake to create a separate department to deal with Brexit, a former minister has said.

Former prime minister Theresa May’s de facto deputy Sir David Lidington said the Department for Exiting the European Union (DExEU) should have been “an annex to the Cabinet Office and Number 10”.

The former Cabinet Office minister added that with a different approach to Brexit negotiations at the start of the process “it would have been possible then to come to the deal earlier”.

“I think that, as is now recognised, it was a mistake to create DExEU (The Department for Exiting the European Union) as a separate department.

“Now, that’s not to denigrate the officials or the ministers who work there, but the fact you had then DExEU try to do things and Number 10 and the Cabinet trying to do things as well… and the contingency planning as a function sits in the Cabinet Office anyway, because all this stuff about the reasonable worst-case scenario, that is standard civil contingency planning language.

“But trying to knit that together just took more energy and time than should have been necessary.

“So in my ideal world, I would not have invented DExEU as a department.

“I would have had a big unit, but I would have located it as, you know, an annex to the Cabinet Office and Number 10, because the Prime Minister was going to be driving the negotiations,” Sir David told the Institute for Government as part of their “Ministers Reflect” series.

He also revealed that the cross-party talks between the Conservatives and the Labour Party came “pretty close” to finding a compromise over Brexit.

“I think, at the end of the day, perhaps late in the day, it was just there was an unwillingness on both sides, I think, to make the final leap.

“The two issues on which it broke down were customs and a second referendum, where we couldn’t quite get agreement,” Sir David added.

Asked whether Mrs May was to blame for what happened, Sir David said “ultimately every prime minister has responsibility for what happens in their government”.

He said: “I think that, I do think the mistakes were made early. I think that if you go back to 2016, I don’t think that there was sufficient recognition of, you know, how hard some of the political choices in the negotiations would be.

“And possibly, you know, an attempt to reach out to the other parties early on, saying: ‘This is a national decision, we have had a vote in the referendum, now we need to move forward together.'”

The Brexit department was set up by Mrs May in 2016 in the wake of the referendum result.

DExEU had three Brexit secretaries in its three years – starting with David Davis, who resigned in 2018 in disagreement with Mrs May’s plan to leave the EU.

He was followed by now-Foreign Secretary Dominic Raab, who also resigned over Mrs May’s approach four months after taking up the position

Stephen Barclay took over in November 2018 and was kept on by Mr Johnson after he took over as Conservative Party leader.

Psychologists list ways to look after your mental health during lockdown 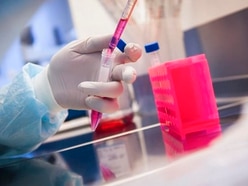 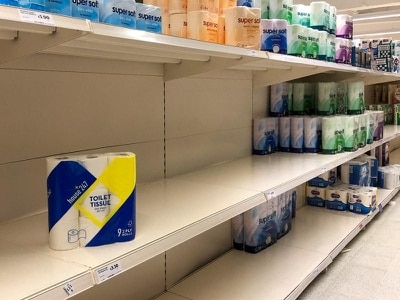