Harry Dunn was killed when his motorbike collided with a car outside RAF Croughton in August last year.

The Foreign Secretary has said the Government “would have acted differently” from the US secretary of state after he refused to return the suspect charged with causing the death of Harry Dunn to the UK.

Dominic Raab appeared to suggest he would have agreed to extradite 42-year-old Anne Sacoolas if he was put in the same position as Mike Pompeo.

Mr Raab said the rejection of an extradition request for her “amounts to a denial of justice” and that the Foreign Office believes she should return to the UK.

The 19-year-old’s parents have welcomed the support from the Foreign Office but have said their decision to continue to defend legal proceedings against them is a “huge arm around the US government’s position”.

Charlotte Charles and Tim Dunn said Mr Raab will “effectively make us bankrupt” after insisting the family pay legal costs for the judicial review which challenges the diplomatic immunity granted to Mrs Sacoolas following the crash.

Mr Dunn’s parents were informed of Mr Pompeo’s decision to refuse the request in a phone call with their constituency MP, Andrea Leadsom, on Thursday.

Lawyers acting for the Dunn family have said it is the first time in the 100-year history of the extradition treaty that such a request has been turned down by the US.

A spokesman for the US State Department said the request was rejected because it would render the invocation of diplomatic immunity a practical nullity and set an extraordinarily troubling precedent.

The teenager died when his motorbike crashed into a car outside RAF Croughton in August last year.

Mrs Sacoolas, 42, claimed diplomatic immunity following the crash and was able to return to her home country, sparking an international controversy.

The Foreign Office maintains the suspect had diplomatic immunity, which has been disputed by the family, but Mr Raab said he would look to “resolve the issue” surrounding any immunity given to staff at the base.

The Foreign Secretary said he expressed his disappointment at the decision to refuse the extradition request to the US ambassador on Friday.

“I called the US ambassador earlier to express the Government’s disappointment about this decision,” he said.

“We feel this amounts to a denial of justice, and we believe Anne Sacoolas should return to the UK. We are now urgently considering our options.

“I also explained that the UK would have acted differently if this had been a UK diplomat serving in the US.”

She earlier held talks with US ambassador Woody Johnson, the commander of RAF Croughton Colonel Bridget McNamara and the Chief Constable of Northamptonshire Police at an undisclosed location.

Mrs Leadsom, addressing what she said to the US ambassador, said: “I expressed my disappointment on behalf of Harry’s family, but also really importantly for the local community near to the RAF Croughton base.

“It’s very concerning that this, which was at its heart a tragic road accident – which does unfortunately happen all the time, right across the world – but in this instance, the fact that there is no justice for Harry, makes the pain of losing him so much worse and that’s what we have to address.”

Of the meeting with Harry’s family, she said: “We’ve been talking about the frustrating news that the extradition was refused yesterday by the US government.

“Obviously Harry’s family are disappointed and very upset by that, but equally very determined that the driver of the car that killed Harry Dunn should be brought back to the United Kingdom to face justice. We are absolutely united in our determination to get justice for Harry.”

Asked if Boris Johnson would comment on the case, Ms Leadsom said: “The Prime Minister is very much on the side of the family in their desire to see justice done for Harry. All of us in Government are working to that end.”

Harry’s father Tim Dunn described the meeting with Mrs Leadsom as “promising” and added: “Some things we agree on and some things we don’t agree on. But I feel like she’s behind us, I really do.”

The teenager’s mother Charlotte Charles said, referring to Mrs Sacoolas: “She has to come back. I still don’t understand how she can even live with herself and carry on with her life and drive.

“I don’t understand that, she must be made of different stuff to us, I don’t know. But she has to come back, one way or another.” 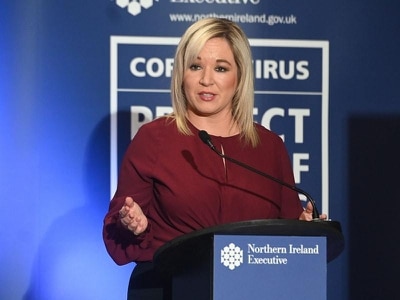 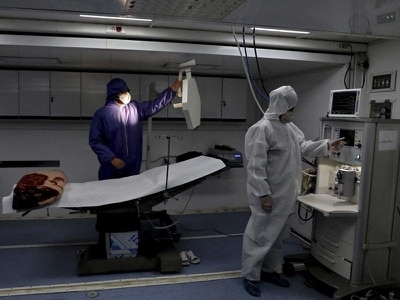