The company claimed it has evidence of irregularities in the ballot that could hit Christmas deliveries.

Bosses at Royal Mail are seeking an injunction to block a planned strike by postal workers, claiming there are “potential irregularities in the ballot” making the vote unlawful.

The company will go to the High Court on Friday for an interim order against the Communication Workers Union, whose members voted overwhelmingly for walkouts.

Royal Mail said: “The company is making this High Court application because the integrity and legal soundness of any electoral process is vital.

“This is particularly the case in relation to potential industrial action around the General Election on 12 December 2019. Royal Mail is also making this application because of the damage industrial action would do to the company and its customers in the run-up to Christmas.”

The dispute between workers and managements stems from a dispute over job security and employment terms and conditions.

Last month members of the CWU backed action by 97% in a turnout of almost 75%.

But Royal Mail said: “The company believes the evidence demonstrates that CWU officials, including co-ordination and direction at a senior level, have planned and orchestrated breaches of their legal obligations.”

It added bosses have found “at least 72” UK sites where staff were being asked to intercept and remove their ballot papers from mail coming into their delivery offices, before they were delivered to their homes.

Royal Mail’s procedures state employees cannot open their mail at delivery offices without the prior authorisation of their manager.

Industrial relations at the company have worsened this year, with widespread unofficial strikes breaking out virtually every week.

The CWU previously said the result of the ballot, which was open between September 24 and October 15, represents the largest yes vote for national industrial action since the passing of the Trade union Act 2016.

Unions claimed up to 50,000 jobs were at risk at Royal Mail, as well as at Parcelforce under plans to separate it from the postal business.

A CWU spokesman told the PA news agency: “Royal Mail have made an application to take us to the High Court. They claim there are irregularities with our ballot.

“We clearly refute this and will be represented. This is nothing but a desperate and sinister move.”

CWU general secretary Dave Ward added: “It will be clear to all our members and everybody connected with Royal Mail and this dispute, that the chief executive and his board will go to any lengths to deny the democratic mandate of our members to stand together and fight for their future and the very future of UK postal services.

“Instead the company are pressing on regardless with their asset stripping plans to set up a separate Parcels business and let thousands upon thousands of jobs wither on the vine.

”At the same time, the company refuses to engage in any meaningful discussions on their plans. We have made it clear that the union is available, including through the weekend, to meet Royal Mail anytime.”

Shane O’Riordain, Royal Mail’s managing director of regulation and corporate affairs, said: “Royal Mail has written to CWU on a number of occasions. On each occasion, we have said that if the union provides a binding commitment to remove the threat of strike action for the rest of 2019, we will enter into discussions without preconditions.

“We will also extend the life of the ballot result by the same amount of time as the pause on industrial action. The CWU has so far declined to take up this offer. We continue to stand ready to engage with the CWU, on the basis that it makes this binding commitment.

“We continue to believe a binding commitment from the CWU to remove the threat of strike action during the period of any general election is vital to ensuring a seamless electoral process in relation to postal votes.”

Risking unpopularity is a part of leadership, says Commonwealth chief 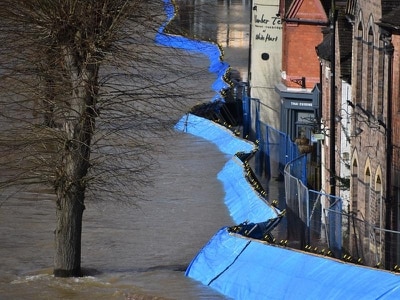