Pupils from two British schools have joined hundreds of Dutch children in laying flowers at the graves of the fallen heroes of the Battle of Arnhem.

Second World War veterans and their families joined a crowd of thousands for a 75th-anniversary commemoration service at Arnhem Oosterbeek War Cemetery in the Netherlands on Sunday.

In September 1944, the ill-fated Operation Market Garden saw more than 10,000 Commonwealth and Polish troops drop by parachute or glider at Arnhem, with 1,500 killed and more than 6,500 captured.

Each year since, local children have joined services of remembrance for the tradition of laying flowers at the graves of the heroes who fought for the town’s liberation.

Thirty-one pupils from Annan Academy in south-west Scotland, aged 14 to 17, each clutching a single rose, were among the children applauded by onlookers during Sunday’s service.

Teacher Jamie Brand, 45, said the school has been visiting Arnhem for more than 30 years due to the King’s Own Scottish Borderers regiment recruiting from the area during the war.

He said: “There’s never ever been an occasion when we didn’t have a young person who has a relative who is either buried (here) or survived after the Battle of Arnhem.”

Mr Brand said each pupil was given an envelope with a soldier’s story inside that they were encouraged to read when they found his grave.

“As this battle slips from living memory, it’s very important to look at the big moral questions that surround actions like Arnhem,” he said.

He said it was important to “acknowledge what our forebears have done and the sacrifices that they made”.

Pupil Ben Latimer, 15, visited the grave of his great grandmother’s cousin, John Whiteman, who fell on the last day of the Battle of Arnhem aged 29.

He said: “You see all these graves and you think they are random people but when you find out that you’ve actually got a relative then it’s different, because you feel connected in a way.”

The schoolboy added: “It’s amazing to see how people turn out to an event like this, it shows that people in the Netherlands and around the world care about the Battle of Arnhem.”

He said the battle’s victims were “so brave” and “risked their lives for other people”.

Another pupil, Hollie Clarke, 15, added: “I feel like it’s upsetting but in a way, it’s also a good thing, because they were fighting for our country and they were making everyone proud.”

Also attending the ceremony were 21 of the original flower children, returning to the cemetery 75 years later to honour the dead.

Wim van Zanten, 83, who was born in Oosterbeek, said they were there to “honour and to say thank you so much for what you have done for us.”

“My feeling is it’s our duty to honour the men who have given their lives for our freedom, that’s why we do it,” he added.

As a child, he was assigned the grave of Joe Simpson, 29, from Chillaton, Devon, who served in the Royal Engineers.

Later in life, Mr van Zanten said he became an “anglophile” and travelled to the UK to meet the dead soldier’s sisters, Mary and Edith.

In a moving and solemn service on Sunday, hymns were sung, prayers offered and wreaths laid for the war dead.

Around the edge of the cemetery, thousands of Dutch citizens looked on while planes made flypasts overhead.

Among those attending were the UK’s Minister for Defence People and Veterans Johnny Mercer, the British Royal Air Force’s Chief of the Air Staff, Air Chief Marshal Mike Wigston, and the British Army’s Chief of General Staff, Sir Mark Carleton-Smith.

Opening the service, Reverend Dr Jeff Cuttell highlighted the human cost of the battle for peace in Europe.

He said: “I call upon you to cast your eyes around this place and see these white stones in this green field, this is the price of that peace and that is why 75 years on, we salute those who were there.”

Dr Cuttell praised the “airborne spirit” of those who fought that “continues to inspire and live in the hearts of those facing battles of all kinds today”.

Arnhem veteran and former glider pilot Ronald Johnson, 97, from Shrivenham near Swindon, attend the cemetery’s first memorial service back in 1945.

He had returned with 20 other pilots who were surprised by the appearance of children holding flowers for the graves.

The moment left “tears streaming down our faces”, he said, adding: “Every time the children put the flowers on the graves, it takes me back to that time.”

After the service, as children gathered to meet Mr Johnson, he said he always imparts the same message: “We’re free and we love one another.”

“If you love one another, we will not have war anymore, that’s always my message to the young children.”

Mr Johnson was wounded twice during Operation Market Garden before being captured and held in a German castle for six months.

Also at the service were 20 pupils from Walhampton School in Lymington, Hampshire, which has been sending groups to the Netherlands for 10 years.

Each child prepares a talk on a particular soldier before the trip and takes part in the flower laying.

Headteacher Titus Mills, 49, said the school aimed to give the soldiers “new life, giving those young men who died here a legacy”. 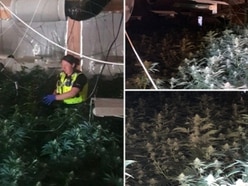 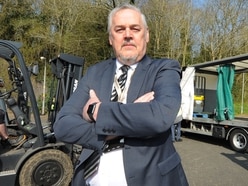 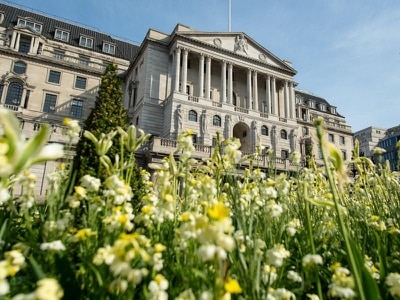