Will prices at the pumps rise following the Saudi attack?

The price per litre has risen by 3p since Mondays attack, but, whether it is passed onto drivers depends on what happens next.

The tensions in the Gulf following the drone attacks on oil installations in Saudi Arabia have put pressure on prices.

Here, PA looks at how this could affect the price of petrol at the pump.

How much has the price of oil risen?

Initially, prices for a barrel of Brent Crude – the international benchmark – jumped 20% on Monday morning to 71.95 dollars, but settled by the end of the day at 69.02 dollars.

By Tuesday lunchtime, it had fallen further, to 67.93 dollars. The price has still not gone above the 75 dollars year highs from April.

Does that mean petrol will cost me more?

At this point, it remains too hard to say, and will depend on several factors. Adrian Del Maestro, energy expert and head of global thought leadership at PwC, explained: “It’s unlikely you’ll see an immediate impact.

“Petrol station owners buy their fuel several weeks in advance. However, if the disruption persists and the geopolitical tensions escalate, prices will go higher and that will have an impact on prices at the pump.”

How much could fuel prices rise?

The cost on the wholesale markets could rise by around 3p a litre, but the RAC reckons any prices being passed onto customers could be limited.

Fuel spokesman Simon Williams said: “Retailers only just began to pass on overdue wholesale price savings at the end of last week. At that point the 128p forecourt price of petrol was 7p too high which means retailers should have a cushion to absorb the spike.

“If the barrel price remains high for a sustained period however, it could easily lead to several pence a litre being added to the average price of both fuels.”

What will determine whether prices rise?

Keep an eye on Donald Trump’s Twitter feed. Since the drone attacks were first reported, the US President has already promised to tap into the country’s reserves to shore up markets.

The Saudis made similar promises, which should ensure there is enough oil to go around. Mr Del Maestro at PwC added: “On the bigger macro side, you’ve got a market that’s pretty well supplied.

“The US has gone from a country that was in oil production decline, but in the 2000s it saw oil production rise dramatically on the back of the shale revolution.”

So, everything will go back to normal?

Not yet. The market will need to see whether the Saudi authorities can get the oil pumping again and the Abqaiq and Khurais facilities back online.

The Kingdom originally said it would take days to re-establish production at the sites which refine around five million barrels a day. But reports are now suggesting it will take weeks, or even months.

Is Saudi Arabia a spent force in the oil markets?

It is certainly true the country no longer has the clout it once had – partly due to the world relying less on hydrocarbons, such as oil and gas, and also due to the US becoming self-sufficient in the past decade, with the rise of shale gas.

Mr Del Maestro explained: “In the past, geopolitical events had a premium effect on the oil price of say some 10-15 dollars especially when there was strong demand and weak supply.

“But there’s a broader energy transition taking place with the growth of electric vehicles that is eroding demand for transport fuels like gasoline and diesel.”

And what about Iran?

This could be the sticking point. If tensions between Iran and the US rise – the latter has blamed the former for the attack over the weekend – then prices could remain higher.

However, David Cheetham, chief market analyst at XTB said any all-out war would be unpalatable to Trump supporters.

He said: “Targeting the Middle East region would cause more upside in energy markets and risk upsetting a large part of a nation that is traditionally strongly averse to higher prices.” 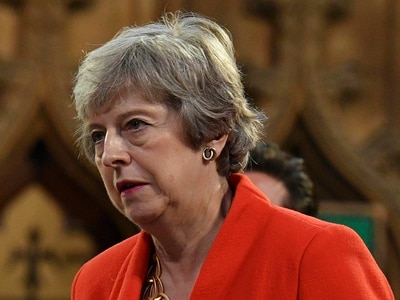