Judge Wendy Joseph QC said it was a ‘truly terrifying incident’ which lasted some 20 seconds.

A university drop-out has been jailed for 15 years for a “ferocious” knife attack on four police officers lured by a bogus 999 call.

Alex Traykov, 20, lashed out at the officers who had responded to his report of a fight at a house in Islington, north London, on October 6 last year.

Sentencing, Judge Wendy Joseph QC said it was a “truly terrifying incident” which lasted some 20 seconds.

He was caught on CCTV bringing the blade down onto the head of Pc Istarlin Said-Ali, 31, cutting her raised hand.

He lunged at Pc Rafal Kedziora, 34, cutting his face and slashing the back of his neck.

He turned on Pc Ben Thomson, 40, before Pc Launa Watkins, 39, Tasered him twice.

Giving evidence, Traykov, who lived with his estate agent mother in Redhill, Surrey, accepted he had injured the officers but denied he meant them serious harm.

The former Winchester University history student said he was so “high” on strong cannabis he was not thinking straight.

Following his conviction, he said he was “very sorry” for the injuries to the officers.

The four police officers became emotional as they read out victim impact statements in court.

Pc Kedziora told the court he never expected he would have to fight for his life and considered himself “lucky” despite being stabbed in the face and neck.

He said he hoped to put the incident behind him, like it was a “bad dream”.

Pc Said-Ali said she was left “insecure, scared and anxious going outside, especially in the dark”.

Pc Thomson told of the “unseen mental injury” to him and his colleagues from the “ferocious” attack, including regular night terrors.

He became emotional as he said: “I feel like my world is falling apart at times.”

He said: “I have relived the incident in part and in full countless times.

“I would like nothing more than to be able to say what could have been does not enter my thoughts, but that would be a lie.”

Pc Watkins said she and her colleagues thought they would die at the hands of Traykov that night.

She said: “Despite the odds against us we never gave up..

“We each played a role in not only saving each other but making sure Alex Traykov did not have the opportunity to hurt anyone else.”

Speaking outside court, Detective Inspector Kate Stannard commended their bravery in the face of a “nightmare” situation.

She said: “What they faced that night on October 6 was a violent and frenzied attack by Alex Traykov. He was determined to cause the officers very serious harm.

“However, thankfully because of Pc Watkins’ deploying her taser he fell to the ground and officers were able to detain him.

“I’m pleased that the sentence reflects the gravity of the offences.

“If you attack police officers you are not going to get away with it and there are consequences.” 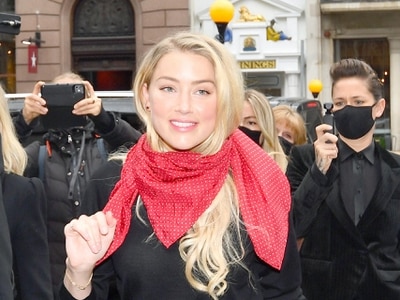