Drivers across the Black Country are struggling to find diesel amid protests at oil terminals and refineries across the UK.

A father from Walsall reported driving around four of his local stations without any luck and had to abort his search as he needed to save fuel to pick up his disabled daughter from school.

It comes as Extinction Rebellion and a second campaign group, Just Stop Oil, staged a number of protests at oil terminals and refineries across the UK.

Police have arrested 275 people after a series of fuel protests across the UK.

West Midlands Police reported that 13 people had been arrested following a protest at a terminal in Tyburn, Birmingham on Sunday.

It has not been confirmed if the shortages are related to these incidents at this time, however RAC fuel spokesman Simon Williams said: “We are aware that protests on Friday and Saturday at 10 fuel terminals in the South East and Midlands caused some disruption to planned deliveries.

"This included tanker drivers being prevented from leaving terminals to deliver fuel to forecourts and some damage to vehicles and property. We understand that operations are now back to normal which will mean forecourts will receive new supplies very soon.”

Andrew Opie, director of food and sustainability at the British Retail Consortium, said: "Retailers are adept at dealing with disruption and will do everything they can to ensure their customers can continue to fill up their vehicles as usual."

A mother and carer from Walsall started to panic after she couldn't get fuel as her car is needed for work.

She said: "I work as a carer so if I don’t have fuel in my car I wont have work.

"I feel for the elderly as well, they wont have any care visits if we can't get there.

"People who don’t work in health care don’t know, these people rely on us."

Eventually she managed to source diesel from ESSO EG Primley on Wolverhampton Road, who told the Express & Star they currently have diesel in stock.

A father from Walsall however had no such luck and had to abandon his mission to ensure he had enough fuel for the day.

He said: "It is terrible, I don’t understand how people can carry on with their lives without petrol and diesel, are they having a laugh?

"People will end up fighting over petrol and diesel, it isn't right

"I went to Morrisons, Sainsbury's, Shell and it is all empty, they have nothing.

"I just about have enough to pick up my disabled child and get back, hopefully.

"But she wont go to school tomorrow if I cant find any, I can't push her in her wheelchair all the way to school."

Other motorists also reported struggling to find diesel in Tipton - at both Asda stores and Tesco - as well as in Bewdley.

Tesco, Morrison’s, Shell and BP have all been contacted for comment on the shortages. 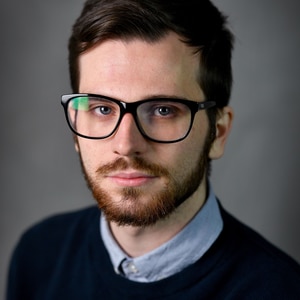 Trainee reporter at the Express & Star.

Staffordshire | 24 hours ago
Sorry, we are not accepting comments on this article.

Everything you can and can't do during a hosepipe ban

'I made it': Senior officer with terminal illness proud to attend Commonwealth Games