Now that's what you call a long vehicle. Covered in tarpaulin, and lowered onto a supersize truck by crane, the future of the West Midland rail service is captured here arriving at Southampton docks.

The first bare bodyshells of the new Class 805 express trains were pictured being lowered onto extra-long lorries, before being transported for the long journey to the north-east for assembly.

Train operator Avanti West Coast says the sleek new hybrid multiple units, based on the Japanese A-Train, will revolutionise rail travel in the West Midlands, making for cleaner, greener and more comfortable journeys along the UK's busiest rail lines. The cutting-edge trains which run on both diesel and electric power, will replace the existing diesel trains along the West Coast Mainline, which serves Shrewsbury, Telford, Wellington, Wolverhampton, Sandwell & Dudley and Birmingham.

They are part of a £350 million investment plan by Avanti West Coast to improve services on the line. Avanti took over from Virgin Trains as the main operator of inter-city trains along the line, from London to Glasgow, in December last year.

The first nine bodyshells arrived in the UK from Japan last week. Work is due to start in earnest at the Hitachi works in Newton Aycliffe, County Durham, later this year.

The new multiple units are expected to enter service in 2022, where they will replace the diesel-powered Super Voyager trains which have operated on the line since 2001.

Avanti is a partnership between First Rail and Italian operator Trenitalia.

The Class 805 will represent a marked improvement on the Super Voyagers in two crucial areas: seating capacity and emissions.

First Rail managing director Steve Montgomery says the new trains would include bigger carriages, increasing the capacity of a standard five-car train by 250 seats to 300. This should make a significant difference at busy times, when passengers complain about being forced to stand.

But the other advantage of the hybrid 'bi-mode' design is that the trains will be able to switch between diesel and electric power depending on the availability of overhead cables. For example, the London-Shrewsbury direct service at the moment uses diesel trains for the duration of the service because because the line between Shrewsbury and Wolverhampton has yet to be electrified. But the new trains will be able to use diesel power until they reach Wolverhampton, and then switch to electric power for the rest of the journey, reducing emissions considerably. Mr Montgomery reckons the switch will reduce carbon emissions by 60 per cent, and carcinogenic particulates – which have been identified as causing health problems – by 90 per cent.

He hopes the new trains will be in service by spring 2022, and expects all Super Voyagers to be gone by the end of that year.

While the first aluminium shells were imported from Hitachi Rail's Kasado factory in Japan, the long-term plan is to build entire trains in the UK.

Thanks to the Avanti order, the company has been able to invest £8.5 million at its plant in County Durham which will allow shells to be welded together, meaning that the trains can be built from scratch. The investment will support 1,000 jobs at the works.

“We will be looking to raise the bar for our customers on the West Coast Main Line route.”

The company plans to operate a total of 13 Class 805 hybrid trains along the line, plus a further 10 Class 807 electric trains.

While the hybrid trains will all be made up of five cars, the electric ones can be extended to seven, meaning to a potential 60 per cent increase in seating capacity. Other features will include free wi-fi, wireless charging for electronic devices, plug sockets and USB slots as well as a real-time passenger information system that can advise of connecting rail services

The trains will be maintained by a joint team of Alstom and Hitachi staff at Oxley depot near Wolverhampton.

In the meantime, the company is spending a further £115 million refurbishing the 56 electric Pendolino units in inherited from the Virgin franchise. It has also pledged to provide 263 more train services every week by 2022 with new routes added. The company is to introduce a new service from London to Gobowen, near Oswestry, which will also serve Shrewsbury.

Avanti took over the franchise after 22 years of Virgin operating inter-city services along the line.

Virgin was unable to renew the franchise after its partner Stagecoach was banned by the Department For Transport from tendering for the contract due to a row over pensions. 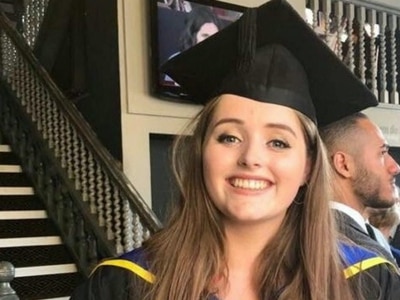