Will Wolverhampton tram line extension roadworks ever be finished?

Ongoing roadworks in the city centre are making it “harder and harder” for traders, a business leader said today.

Sham Sharma, chairman of the Wolverhampton Business Forum, has criticised the works on Pipers Row, saying his business is “suffering” as a result.

He has questioned why there appears to be a lack of activity on the site.

The busy route through the city centre has been the scene of delays for drivers since work started on the Metro extension in March last year.

The £150 million extended line from the St Georges terminal to the new railway station depot will not open until late 2020, following the completion of work to revamp the railway station.

Works along Pipers Row is expected to be finished at some point this summer.

"People coming into the city still see the same roadworks and it doesn’t give you a very good image of Wolverhampton.

"The footfall is being damaged as well – they should have finished a long time ago.

"It’s getting harder and harder each day.

"The state of Lichfield Street is diabolical and we’re suffering as a result of that.”

The 60-year-old, from Compton, added: “This is making businesses vulnerable – it’s just not on.

"They need to hurry up the work – why is there a delay?

"It is very inconvenient, especially for those who don’t have large budgets.”

Mr Sharma, who is also a member of the Economic Growth Board on Wolverhampton Council, said: “Before the work started there used to be a really good footfall from the station – and now the morning trade is dead.

"Since they started this the footfall has fell so much on Lichfield Street it's crazy.

The right turning from Bilston Street has been blocked off.

Temporary signals are also in force on Pipers Row and Railway Drive, at the top of Lichfield Street, also remains closed as work on phase three continues.

Mr Sharma, who has ran the coffee shop for more than five years, said Metro extension was "good" on the long-term – but didn't take notice of business suffering.

He said: "I'm quite angry about it.

"The project is good on the long-term, but they don't take into account the suffering small businesses go through.

"Yes, we need the programmes and the infrastructure and we understand that.

"However we as small businesses don't have deep pockets to sustain the employment in the business itself.

"It's not all bad – there's many good things, but the method of carrying out this project is not right."

"The work involves the installation of new kerbs and paving as well as new Metro stop furniture. We are expecting to complete this work during summer 2019.

"We do realise it is a difficult time, particularly for high street retailers, and, throughout the works, we continue to maintain access to all businesses.

"We have also worked to make sure the public is aware that the area is open as usual whilst the works take place, including the provision of bespoke signage, video content and a number of targeted social media campaigns.

"Our dedicated stakeholder liaison team is in regular contact with businesses and residents in the area but will certainly meet with concerned businesses to see if any further actions can be taken.

"MMA has throughout the extension construction worked with the West Midlands Combined Authority, Wolverhampton Council and the Wolverhampton Business Improvement District to identify opportunities to further support affected businesses during the construction.

"Businesses can find out more about this financial assistance package, and get in contact with the independent body administering the scheme, by visiting www.metroalliance.co.uk/businesssupport.”

Could app spell the end of the traffic warden? 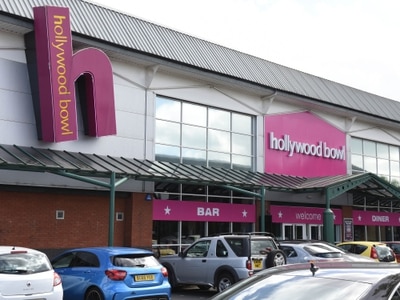