A lorry driver helped pull a man out of his car as it caught fire on a busy stretch of the M5.

A Range Rover stopped in a 30mph zone near Junction 2 for Oldbury just after 9am today as the engine caught fire.

The driver was "frozen" to the wheel before a heroic Eddie Stobart lorry driver stopped traffic and pulled the man out.

It happened on the northbound carriageway in roadworks near the Oldbury Viaduct works.

Just witnessed a car fire start very quickly on the M5 northbound. Driver seemed static in his vehicle and couldn’t/wouldn’t move even though it was on fire! Luckily the @EddieStobartCom driver blocked the motorway and pulled out the driver. Wow!

Sales rep Ryan Shelton, aged 32 from Derby, was travelling southbound when traffic began to slow down.

He saw black smoke ahead of him and then spotted the stranded car.

Ryan told the Express & Star: "As I was driving I saw plumes of smoke and as I got closer I saw this Range Rover in a lane with fire coming from the engine department.

"The fire was so intense, I could feel the heat on the other carriageway.

"The driver was still in the car at this point and was frozen to the steering wheel with his hands still on it.

"People were being impatient and trying to get past so this lorry pulled across all of the lanes and stopped any traffic from getting through.

He looked ok just shaken. It was on the opposite carriageway and after a few seconds of him being out the car it was engulfed in flames. The driver certainly helped save the drivers life!
The fact he blocked the motorway to help was amazing! #lifesaver

"The driver jumped out of the lorry and ran over to the car and just pulled the car driver out, almost pulling him by his neck and along the floor, it was like a movie.

"He got him away, moved his lorry and then the car just went up in flames, it was engulfed, if the man had been there a few minutes longer he would have suffered some bad injuries.

"The Eddie Stobart driver was very brave and helped that man without a second thought.

"Then around 20 people ran over with fire extinguishes to try and help put the fire out."

Lane 2 (of 2) is blocked #M5 northbound between J2 #Oldbury exit and entry slip due to a vehicle fire. #TrafficOfficers and @WestMidsFire are en route. Please consider alternative routes at this time

West Midlands Ambulance Service confirmed that the driver of the car didn't require treatment after the fire.

Commuters along the busy route were stuck in 45 minute delays throughout the incident as Highways England officers and firefighters were on the scene.

All lanes now re-opened #M5 northbound between J2 #Oldbury exit and entry slip - scene is clear. Congestion is still back to #M5 northbound #FrankleyServices. Please consider alternative routes due to extended travel time (approx. 45 mins). Thank you for your patience.

A West Midlands Fire Service spokesman said: "We were called at 9.16am to the M5 northbound to a car fire.

"Three fire engines with 15 firefighters were sent to the scene, where the car caught fire in the middle of roadworks.

"One firefighter wore breathing apparatus and dealt with the fire and the scene was left in the hands of Highways England." 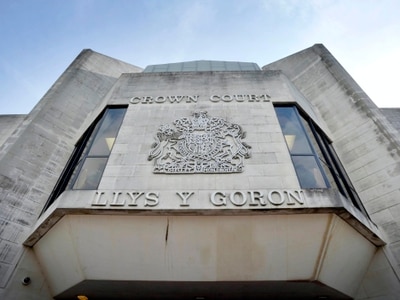