How do we stop the lights going out? 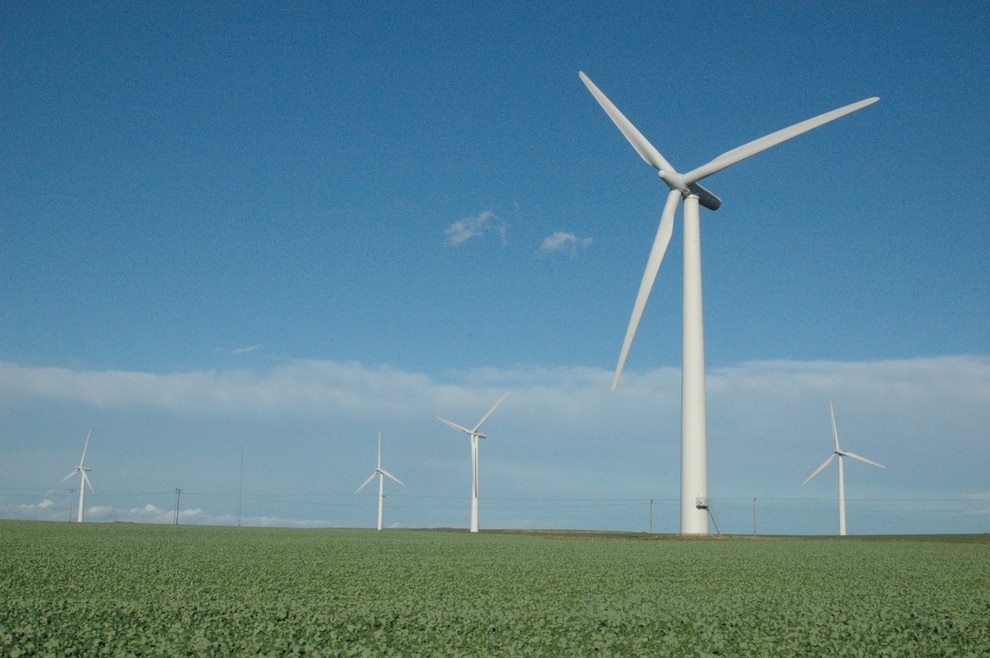 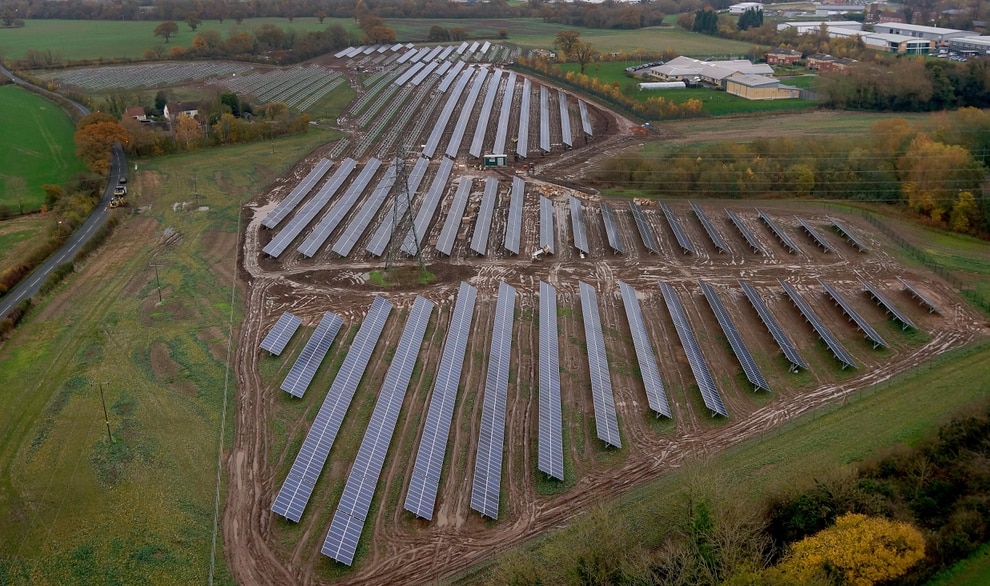 The solar farm at Telford – the future of Britain's energy needs? Work on the new nuclear power plant at Wylfa, Anglesey, has been suspended 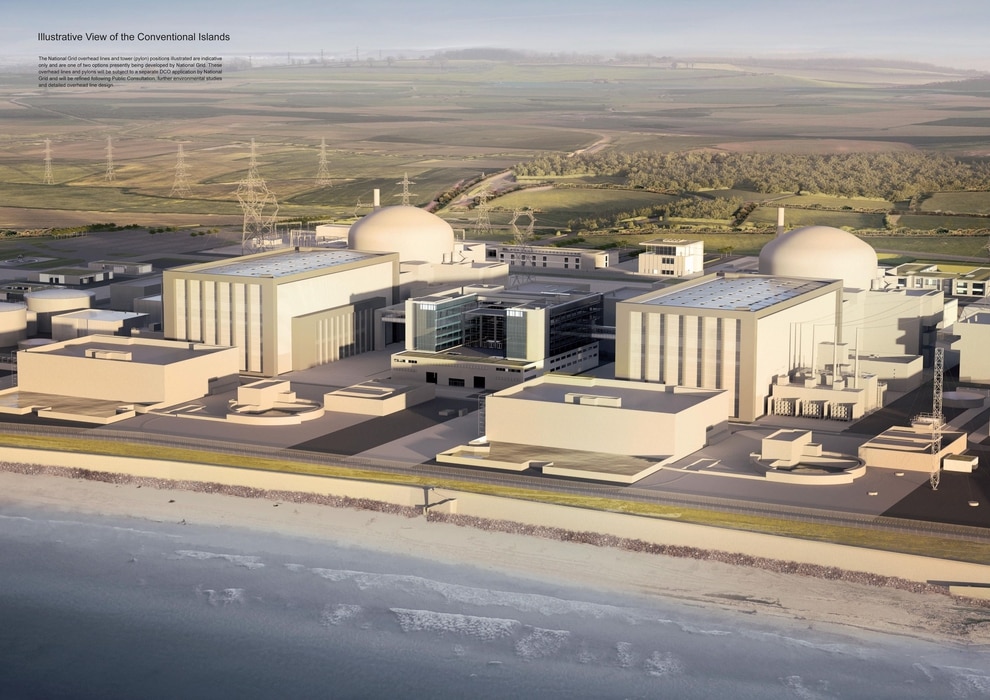 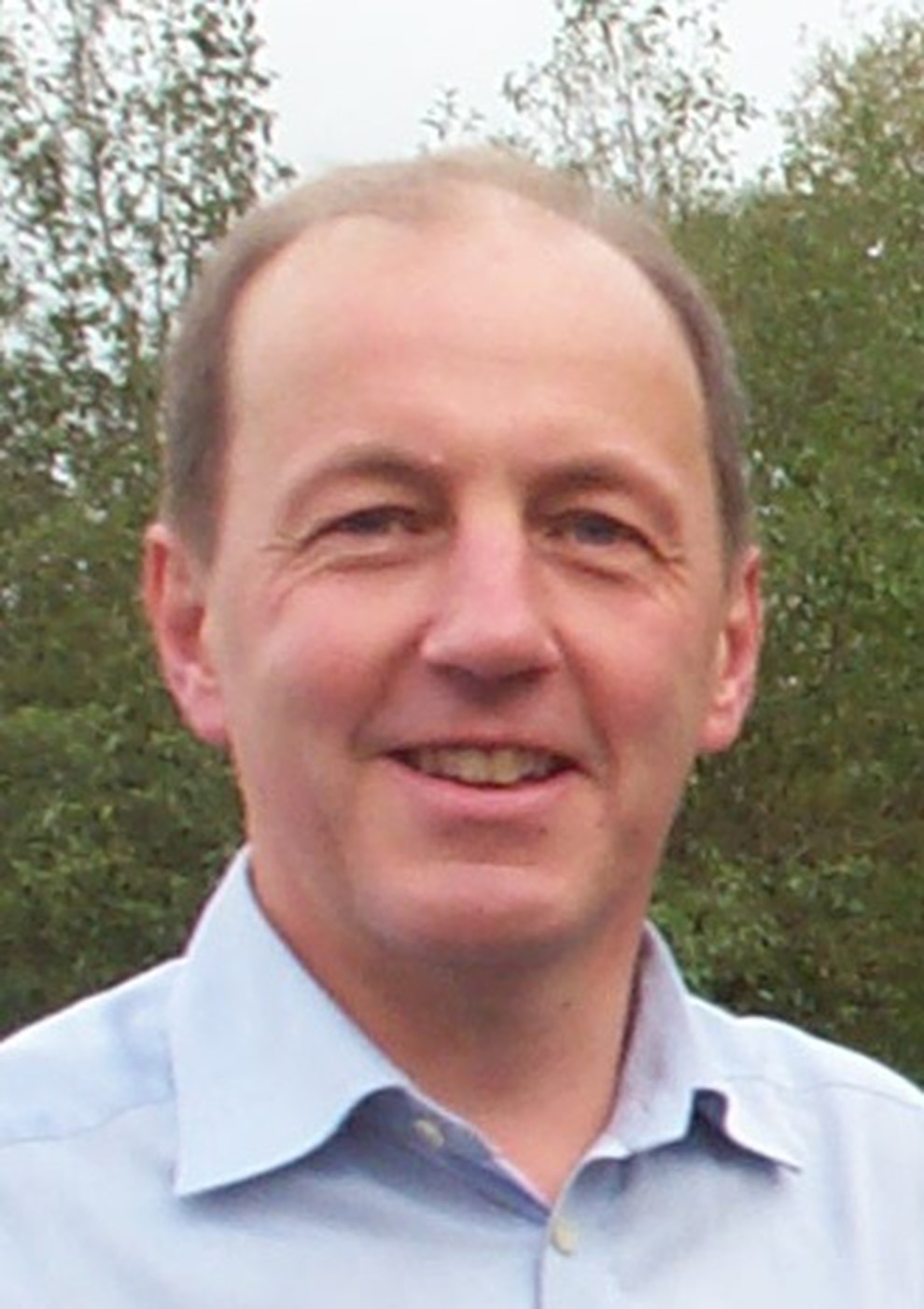 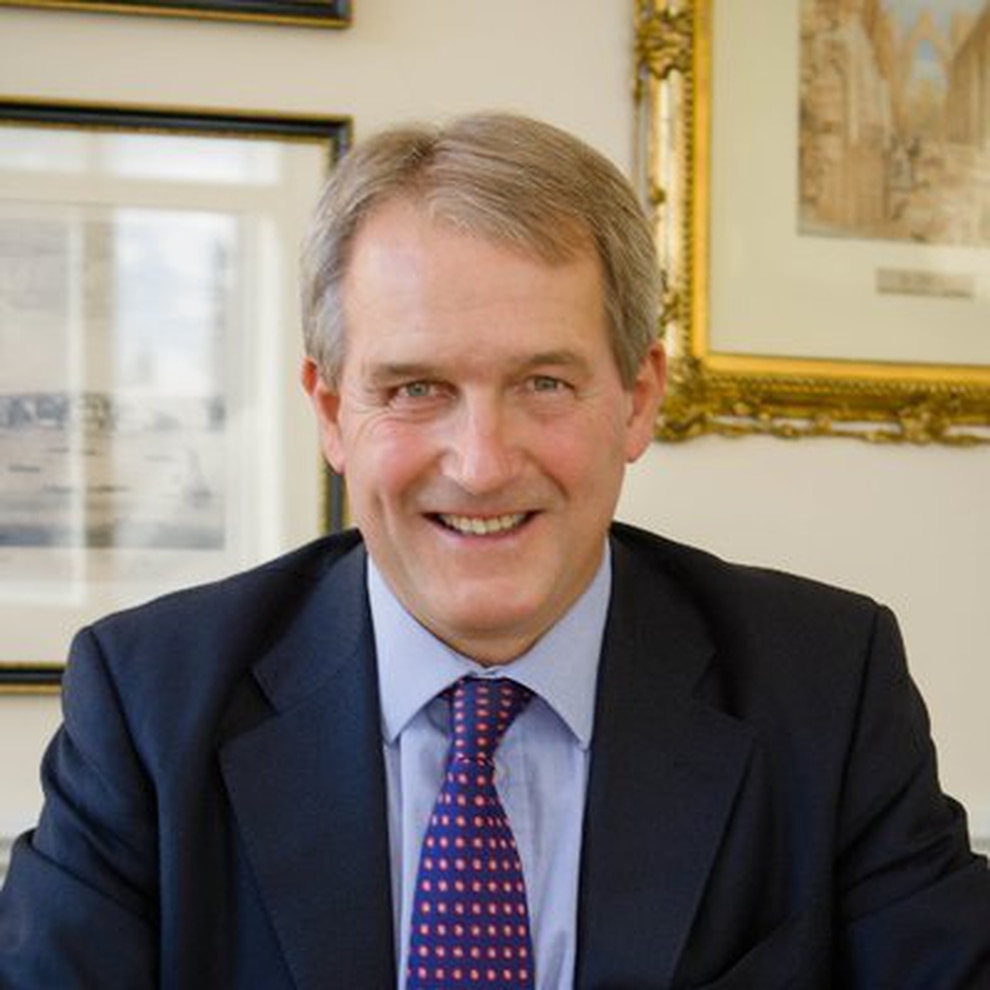 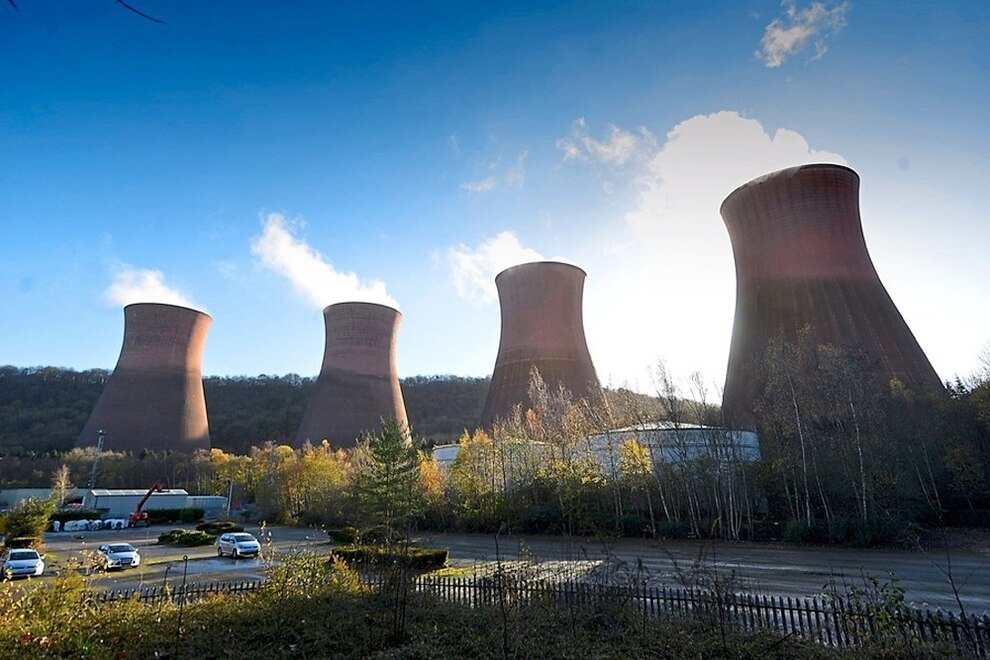 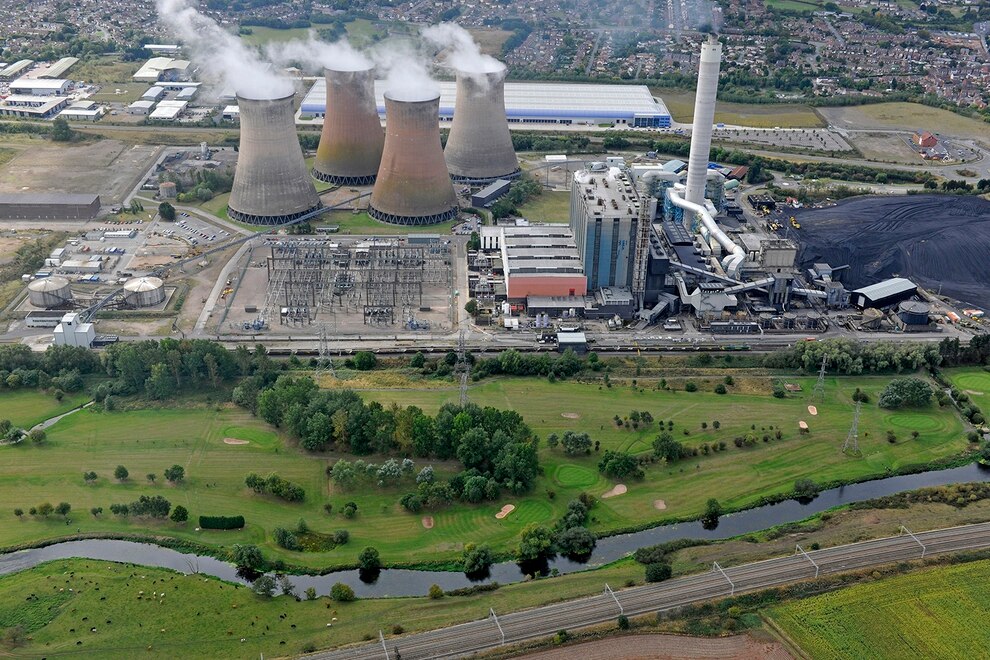 What will replace power stations such as Rugeley?

When retired engineer Mike Smith turned off Ironbridge Power Station for the last time three years ago, it was more than simply the end of an era for a familiar landmark.

It also symbolised a major conundrum for this country every bit as problematic and contentious as Brexit ? how Britain will keep the lights on in the coming decade.

While air-quality regulations and environmental targets sounded the death-knell for old coal-fired stations such as Ironbridge and Rugeley, which closed eight months later, there is still a major question of where Britain will get its power from in years to come.

Last week's announcement that Japanese giant Hitachi had suspended building work on a giant nuclear reactor at Wylfa power station in Anglesey has blown a major hole in the Government's energy strategy, which pledged to close all of the worst-polluting coal-fired power stations by 2025.

To add to the Government's woes, all but one of Britain's existing nuclear power stations are due to close over the next 11 years.

Britain has had a love-hate relationship with nuclear power. Back in the 1950s, it was a technology in which Britain led the world, with the world's first nuclear power station opening at Calder Hall, near Sellafield in Cumbria, in 1956. But questions about its economic viability, as well as the Chernobyl disaster in the former Soviet Union, led to nuclear falling out of favour from the 1980s onwards.

Then, in 2006, Tony Blair brought nuclear energy back in from the cold, calling for a new generation of giant nuclear power plants to cut emissions blamed for global warming. A target was set for a 60 per cent reduction in carbon dioxide emissions by 2050, effectively sounding the death-knell of the old coal-fired power stations.

Delivering the new power stations has proved easier said than done, though. Over the past 13 years, those bold plans have yielded just one project under construction, the Hinkley Point C in Somerset, which has itself been the subject of no little controversy.

In November another Japanese giant, Toshiba, pulled out of plans to build a plant at Moorside, near Sellafield in Cumbria, while Hitachi has also shelved plans to build a station in Gloucestershire.

At the same time, demand for electricity at peak times is projected to increase by 38 per cent over the next 31 years, as the number of electric cars on our roads increases a hundred-fold from 90,000 at present to nine million by 2050.

So how important is nuclear power to Britain's energy industry?

Last year, nuclear power provided just under a fifth of Britain's energy needs, second only to gas which accounted for almost 40 per cent. But demand for nuclear is expected to grow to 35 per cent over the next 16 years as a result of measures to reduce carbon emissions in the UK.

The shelved power stations at Anglesey, Gloucestershire and Cumbria would have supplied 15 per cent of today' energy demand.

Chris Goodall, who has written a series of books on meeting Britain's energy needs, believes that renewable energy such as solar and wind power can play a greater role. He says the falling cost of renewable energy sources is one of the reasons that HItachi could not make Wylfa viable. Wind is now the third biggest source of power in the UK, and solar power ? such as the council-owned solar farm in Telford ? are gradually playing a more important role.

The problem with renewable energy is its intermittent nature. Last year's heatwave saw a major spike in carbon emissions while the wind turbines stood still, and Mr Goodall says finding way to store excess energy at peak periods is key to solving the problem.

George Day, head of policy at Birmingham-based research organisation Energy Systems Catapult, says it would be extremely difficult for the UK to meet its clean energy targets without the use of nuclear power.

"It's difficult to see a low-carbon energy system in the future which has no nuclear," he says.

"If you try to rely on just renewables and storage, without carbon capture and storage or nuclear, you are looking at a very challenging transition and one that is more costly than a balanced mix."

Former environment secretary and North Shropshire MP Owen Paterson calls for a rethink of energy policy, moving away from the giant power plants of the past.

He believes that in the immediate future Britain will need to concentrate its efforts on gas, including the exploitation of Britain's shale-gas reserves through the controversial process known as 'fracking'.

But he says the long-term solution will need to be based around a large number of smaller nuclear plants serving their immediate communities.

"I'm very much in favour of exploring the possibility of shale gas, we will end up having a dash for gas, it's the only way we are going to keep the lights on," he says. "Gas is far cleaner than all the old fossil-fuel power stations."

He says small nuclear plants have been running successfully around the UK for the past 30 years, with nine working on and off without incident. Mr Paterson says the sticking point is regulations, which are almost as stringent as for a giant power plant such as HInkley Point C.

"The technology is proven," he says, adding that a study by engineering giant Rolls-Royce suggested small factory-built reactors could be manufactured at the rate of one a month, each producing enough energy to power about 1,000 homes.

"The beauty of these is that the cost per unit comes down, the more of them you produce."

But Jim Watson, director of the UK Energy Research Centre, says this technology is still at an early stage.

?They still need to go through the stages of demonstration, seeing how much they cost, and testing the issue of public acceptance,? he says.

One thing that is clear. While talk of Brexit dominates the headlines, the challenge of meeting both clean-air targets and growing energy needs is not going to go away. And if Britain really faces the prospect of the lights going out, it will make discussions about customs unions and backstops seem like a walk in the park.

Twitter now has a totality emoji to celebrate the solar eclipse

Police probing footage of vehicle near Harry Dunn RAF base