Proposals for a multi-billion pound fund to drive prosperity in poorer areas of the country have been announced today.

The £4.7bn-a-year Migration Dividend Fund will see cash ploughed in skills, early years education, transport and innovation in a bid to rebalance the UK’s London-centred economy.

As part of the plans, nine council wards across the Black Country, including Bilston East and East Park, would receive £120 million over 10 years.

According to the Global Future think tank, which has launched the report, the figure represents the annual net contribution made by EU migrants to the British economy – the benefits of which are not being felt in many smaller towns and cities.

The scheme will be paid for by reversing planned Government cuts to corporation tax, which is due to fall from 19 per cent to 17 per cent in April 2020.

It has been backed by Wolverhampton South East Labour MP Pat McFadden, who said the fund would support regeneration and “heal divisions” that have arisen since the EU referendum.

The cash would be managed and administered at a local level, with the Government’s role restricted to national-led schemes and performance evaluation.

Mr McFadden said: “Prosperity and opportunity in the UK are spread too unevenly. Whilst some areas thrive and prosper, riding the wave of global change, others have felt the sharp end of globalisation and lost out from a long arc of economic restructuring.

“This report proposes a fund to heal divisions, support regeneration and enhance opportunity in the communities that have lost out from economic change.”

Research conducted by Global Future says the plans have the support of nearly 70 per cent of the country, including cross-party backing and an even split of Leavers and Remainers.

The think tank warns that cutting immigration post-Brexit will not solve the country’s problems of inequality due to its “two-speed” economy, which leaves parts of the UK thriving and the rest struggling.

Director Peter Starkings said: “The problems of inequality, and the unequal distribution of the benefits of migration, do not stem from the European Union – and nor do the solutions lie there.

“Whether we leave or remain, responsibility lies with policymakers in the UK.

“The Migration Dividend Fund is designed to harness the benefits of immigration and ensure they are shared fairly around the UK – focusing on those towns and small cities suffering at the sharp end of economic change.”

HS2 legal challenge to go before Court of Appeal 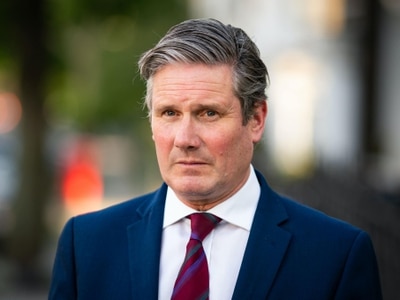