The West Midlands Mayor has admitted that he is struggling to tackle the region's homeless crisis, as he called on businesses to do their bit to stop workers from falling on hard times.

Andy Street was asked about the issue of rough sleeping at a Black Country business event hosted by the Richardsons at The Hawthorns.

He described it as his hardest challenge and warned that the number of people at risk of becoming homeless was growing all the time.

The West Midlands is bidding to tackle rough sleeping through the Housing First scheme, which has seen around 55 people put into new homes in the last six months, while an extra £1.3m in Government cash has been secured to build centres for the homeless.

However, the number of rough sleepers has rocketed across the region over the last five years, while the number of homeless people in the West Midlands at the end of 2018 was estimated to be nearly 20,000.

Mr Street said tackling the issue was "the hardest thing of all at the moment".

"When I became Mayor I thought, right, apply your business brain to some of these big problems and we'll make progress.

"But this is proving incredibly difficult, because there are some underlying issues to do with the benefits system, to do with the lack of social housing... which means the numbers of people at risk of becoming homeless are growing all the time."

He described the problem as "a great irony" because the region's combined authority was "tackling the problem of rough sleeping reasonably well".

"Housing First is a great example," he said, "with 55 people off the streets over the last six months in the West Midlands.

"Overall it is very, very taxing."

The Mayor urged businesses to contribute to homeless organisations, and also called on them to do more to ensure workers at risk of becoming homeless were being looked after.

He asked: "How do you support people who go through really tough times that may have nothing to do with work?

"You can actually provide a safety net there to prevent people from falling out of their private rental contract, which is the single biggest cause of people falling onto the streets in the West Midlands."

Mr Street cited a programme run by the charity Sifa Fireside which calls on businesses to take on homeless people as employees.

"That is a life changing opportunity for a homeless person," he said. 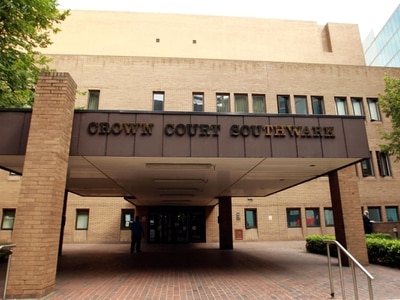