The tragic tale of a Lancaster bomber crash in the Black Country which killed seven men just nine days after VE day is being told in the region.

A Lancaster Bomber crew, not the one involved in the crash 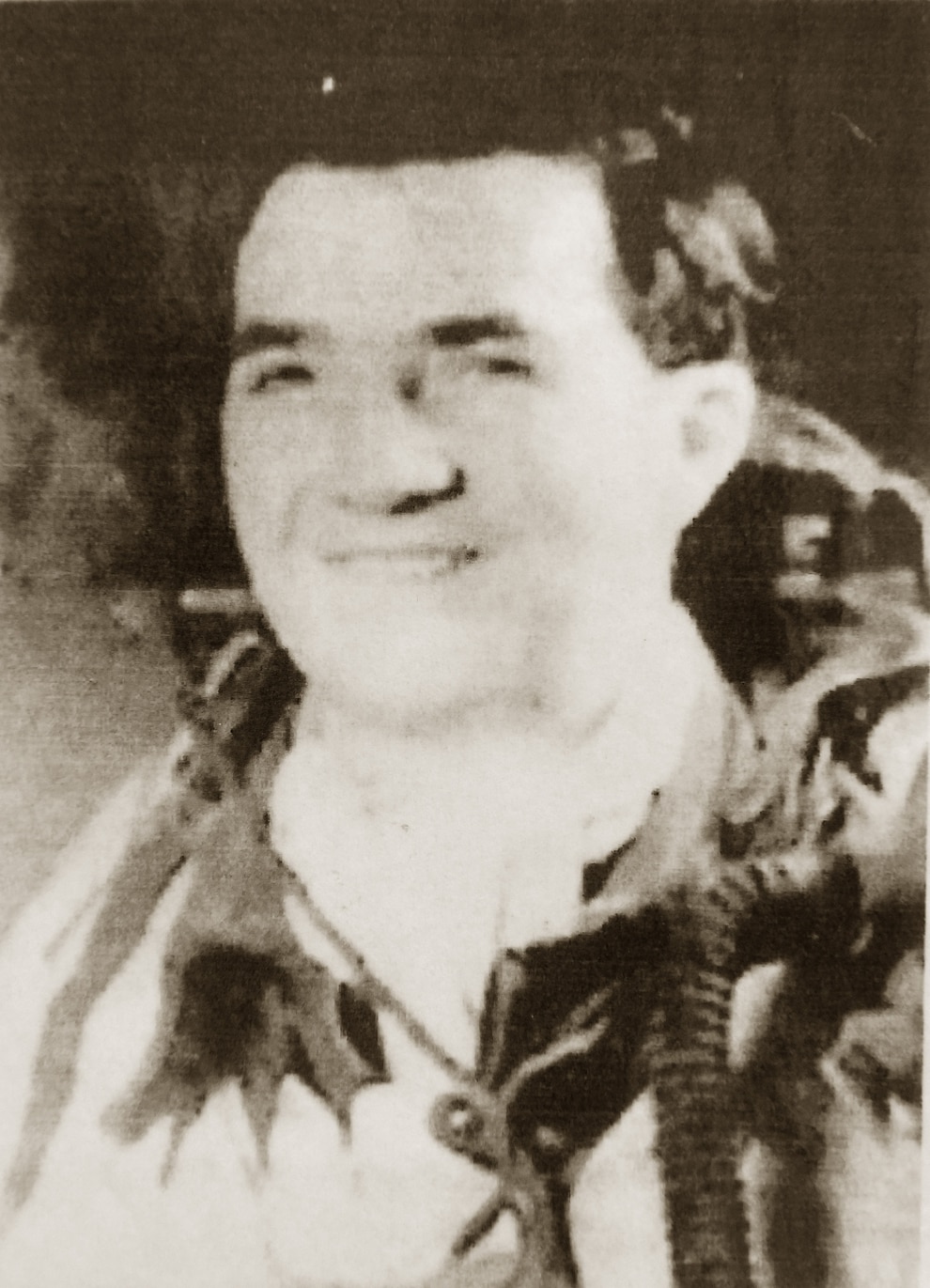 One of the crew members killed Ronald O'Donnell 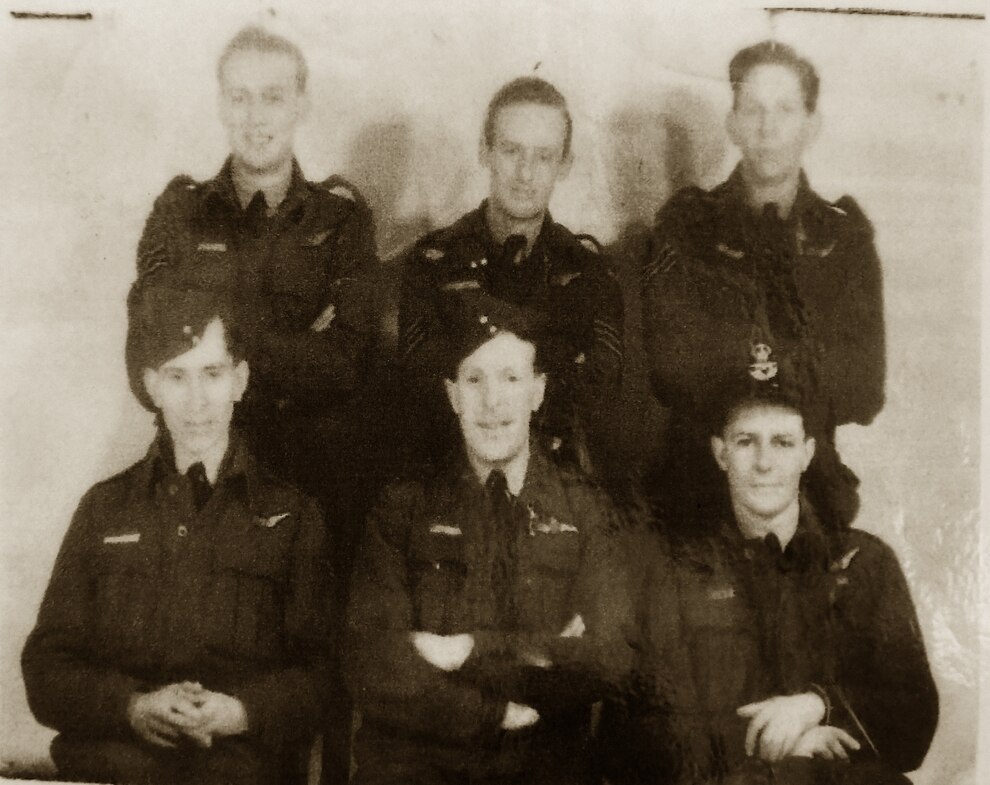 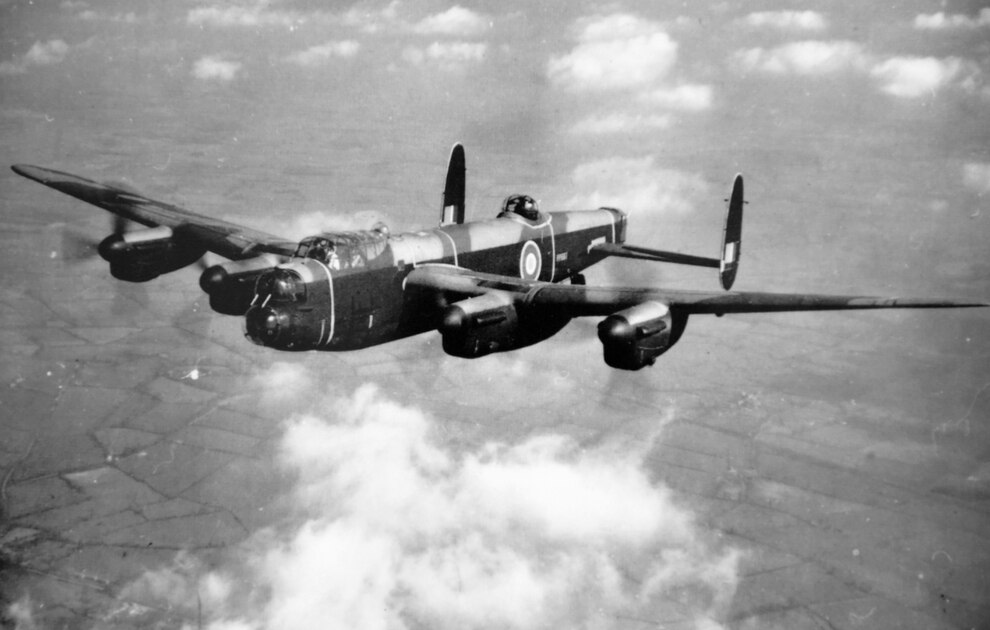 A Lancaster Bomber soars through the sky 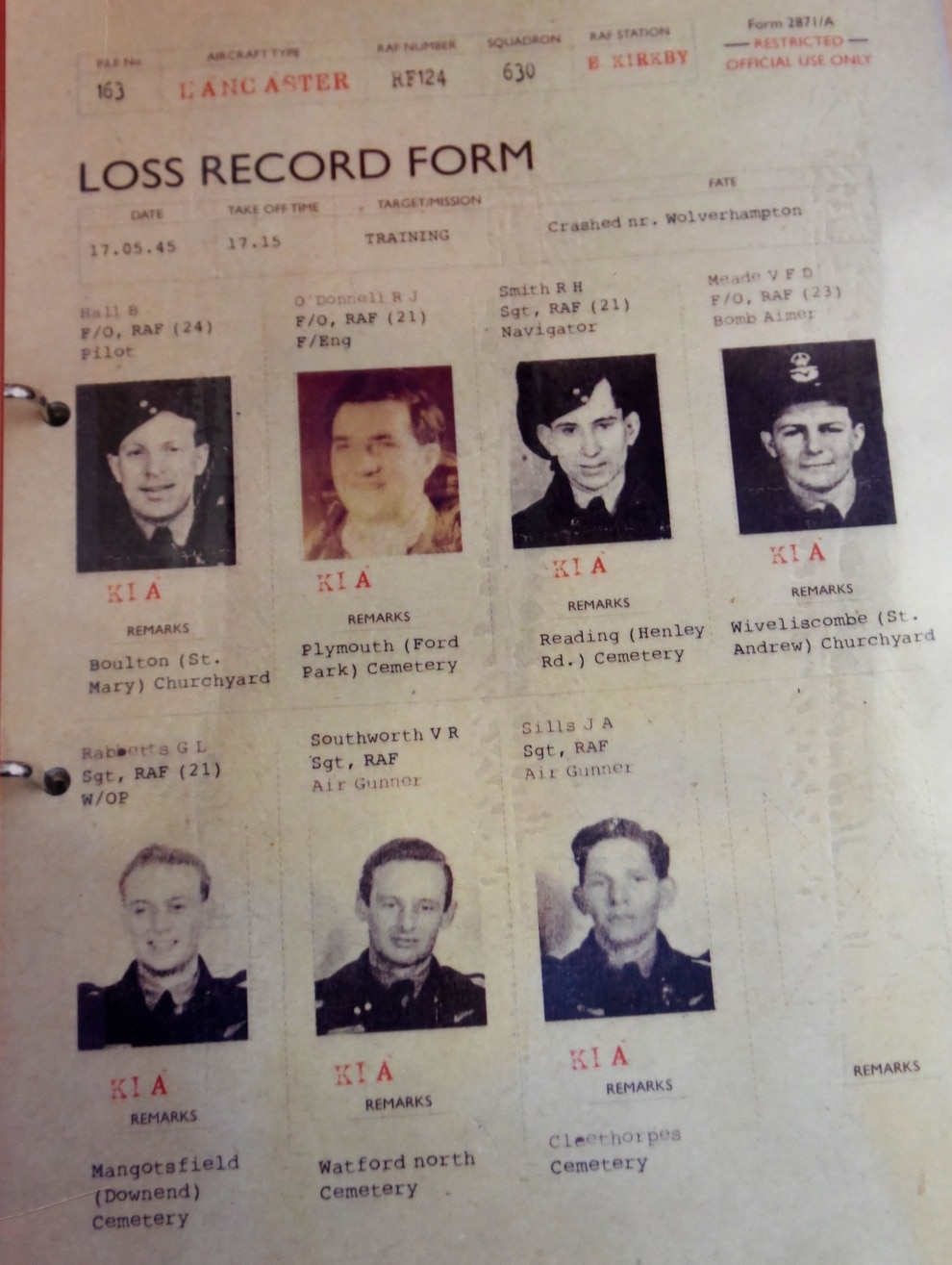 The loss record form after the 1945 crash 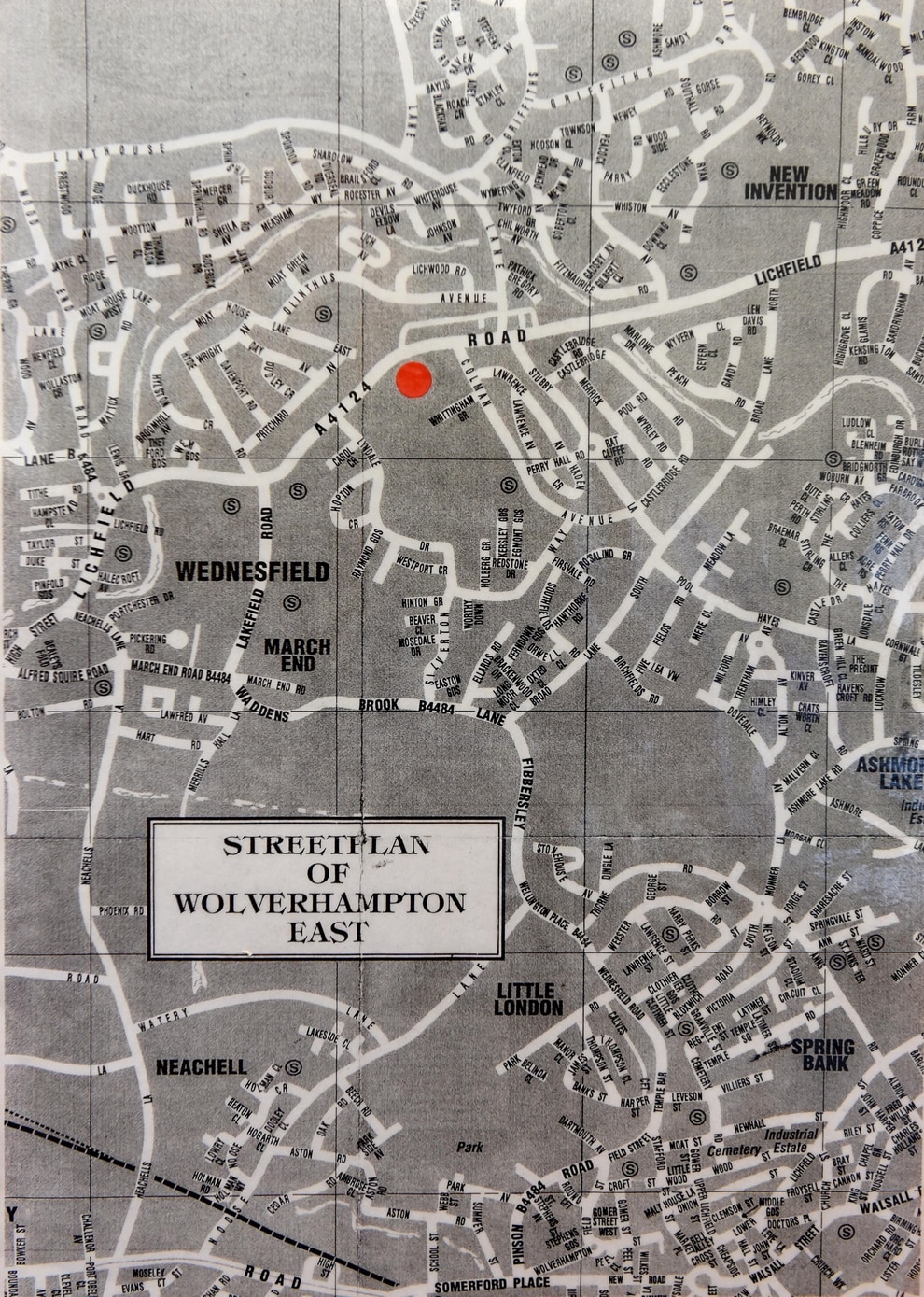 A red spot showing the crash site in Wednesfield 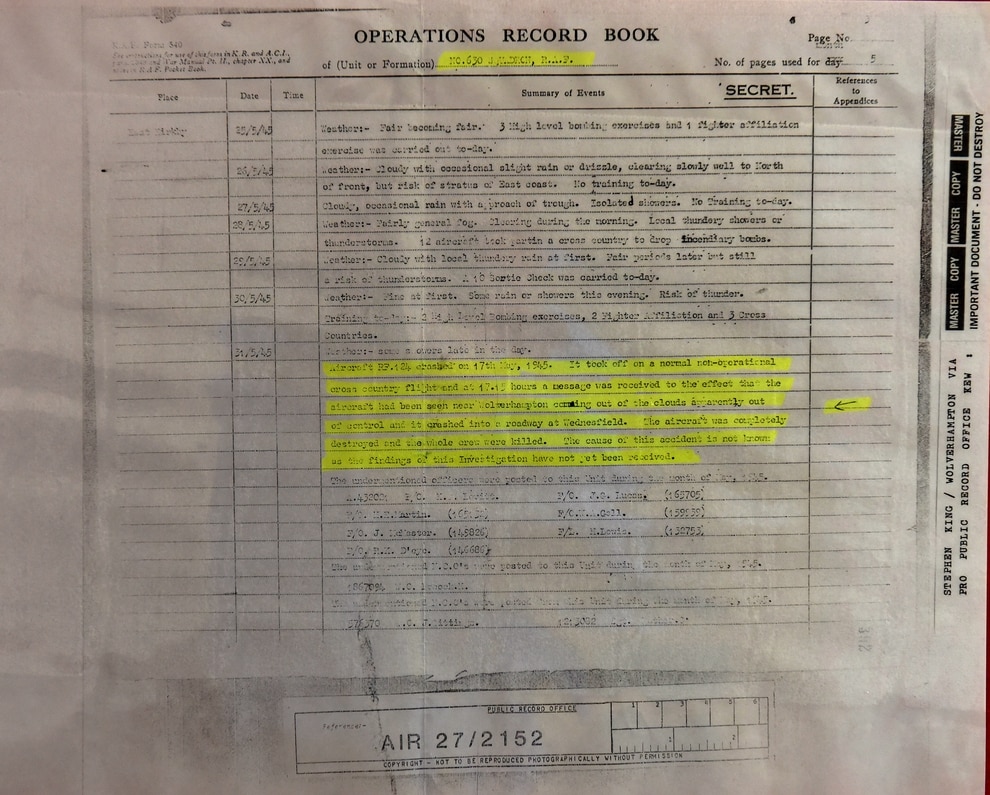 An operations record book which is part of the library's exhibition On the evening of May 17 1945, a Lancaster, one of the most commonly-used aircraft by the British throughout the Second World War, came down on Lichfield Road in Wednesfield, Wolverhampton, killing all on-board.

The tragic crash involving the bomber, from 630 Squadron operating out of East Kirkby, Lincolnshire, took place just nine days after Germany had surrendered and the war in Europe was officially over.

Now 72 years on from the tragedy, a special exhibition at Wednesfield Library has opened to commemorate the event as well as allow residents to learn more about one of the village's most historic events.

The exhibition opened on Tuesday and is to run until Saturday June 24.

But despite the exhibition opening, mystery still reigns over the exact details of the crash.

It is known the crash left a five-foot crater with the plane's wreckage spread over two miles. The wreckage and remains of the crew were buried in the crater and a local minister performed a simple funeral ceremony.

It is also common fact that the bomber was on a routine training flight before it crashed to the ground. But historians are stuck in a fierce debate over which way the plane came over Wednesfield as well as what exactly caused it to come down.

Ray Fellows, of Wednesfield History Society, who has been researching the crash since 1988 and has heard many different versions of the story, said: "It is such a shame that these lads died just after the war had finished and we need to remember them.

"As far as the debate goes, some people say it came over Wednesfield park and some say it came over Stubby Lane. It couldn't have done both, it didn't have the turning capacity to do it so quickly. It may be that we never get to the bottom of this.

"Just the fact that people are still talking about it and are still adamant that their side of the story is correct shows how important it is to people in the town, and I am delighted that we are able to share what we do know about the accident in this exhibition."

A second exhibition at the library commemorating the 55th anniversary of Queen Elizabeth II's visit to Wednesfield opens next Wednesday.