First drive: The BMW 7 Series is a luxury limousine with a driver focus

BMW has given its luxury limo a mid-life makeover. Is it enough to close the gap to the Mercedes S-Class? Darren Cassey finds out…

If you’re looking to be driven rather than drive and want to be seen to be doing pretty well for yourself, there are three options at the top of the game: the Mercedes-Benz S-Class, the Audi A8, and this, the BMW 7 Series.

All three offer luxury motoring and all the rear legroom you could ever desire – especially in long-wheelbase forms. BMW has given its flagship chauffeur-friendly luxury barge a refresh, with the most interesting option featuring a new version of its plug-in hybrid powertrain. The quietness and smoothness of electrification seems perfectly suited to the luxury class, so let’s see if it lives up to expectations.

Usually mid-life refreshes require a keen eye to spot the differences, but BMW has given the 7 Series a thorough going over. The most controversial has been that new front end, with a 40 per cent larger grille dominating the design, flanked by narrower headlights and supported by a new front bumper. Divisive maybe, imposing certainly.

The rear has also been tweaked, with slimmer tail lights joined together by an LED strip that runs the full width of the bootlid and plenty of chrome. The latter is replaced by stealthy black trim on the M Sport model we’re testing.

Here’s where it gets particularly interesting – we’re testing the 745Le, which is BMW-speak for plug-in hybrid – the 7 has had a hybrid powertrain before, but this is a new one. It uses a six-cylinder petrol engine and an electric motor to offer a combined 389bhp, fuel economy of 122.8mpg and emissions of 59g/km.

The latter is particularly important for business users because it results in tax benefits. Meanwhile, if you have access to a charger and can keep the batteries topped up, it can travel up to 36 miles on electric alone. Whether you get close to that triple-digit economy figure will largely come down to how often you top up the batteries and whether you do most of your miles in the city, though.

In this segment, being smooth and refined is the name of the game. The S-Class in particular has this absolutely nailed, with the previous generation 7 Series lagging some way behind, putting excellent handling ahead of passenger comfort.

That’s still the case here. On the winding country roads near the launch venue, the 7 Series surprised and delighted, sucking its stomach in to hide its considerable heft and corner with the aplomb of the smaller 5 Series. However, the trade-off here is that the ride isn’t quite as refined as the Mercedes, so paying passengers might not get the ‘living room on wheels’ experience they might be hoping for.

That being said, electrified driving is perfectly suited to this segment. Cruising around in a comfortable barge like this without making any noise just feels so right that jumping in the diesel immediately afterwards feels disappointingly old school.

The 7 Series is a huge car, and as such, it was always going to be difficult to translate BMW’s current muscular, squared-off design ethos with elegance. The redesigned front end caused quite a stir when it was first revealed, with that dominant front grille, wide headlights and slab-like nose. It’s less offensive in person, but it certainly doesn’t feel as effortlessly sophisticated as its Audi and Mercedes rivals.

However, one thing the BMW does have to its advantage is an imposing stance. While the others ooze sophistication, the 7 goes for intimidation. That redesigned front end is also higher than before, and it helps give this executive limo a truly imposing persona.

As you’d expect from the luxury limo sector, the interior is the highlight – particularly for rear seat passengers. Up front, the design is very similar to that you’ll find on cheaper BMWs, just with the premium feel turned up to 11. There’s a simple elegance here.

In the rear, though, it’s a different story. Our test car was a long-wheelbase version with an executive package in the rear, providing an extremely comfortable individual chair with tonnes of legroom and a seven-inch tablet screen.

Despite all this, there’s no getting away from the fact that the cockpit in the S-Class is another step up the ladder, while the A8 offers a screen-heavy tech-fest. The BMW feels like next-level premium, whereas the Mercedes offers opulence – it is a lot more expensive, though.

Again, the level of equipment on offer here is nothing short of impressive. There’s a digital instrument binnacle and the latest generation of BMW’s iDrive infotainment system, which uses a crystal clean screen and easy-to-navigate menus making it one of the best in the business.

There’s also adaptive cruise control that does most of the work for you on motorway journeys, a parking assistant, and BMW’s personal assistant system, which uses voice control to navigate menus and offer advice on the car.

This mid-life refresh for the 7 Series has really upped the model’s game, with the gap to the (admittedly more expensive) Mercedes-Benz S-Class closing somewhat. It’s particularly excellent in plug-in hybrid form, where business users will see tax breaks and those who can regularly recharge the batteries will see reduced fuel bills.

Keen drivers will also delight in the way the 7 Series handles – something this big and luxurious has no right to be so good in the corners. However, those looking for true limo opulence and rear passenger comfort might still be bettered suited to the Mercedes, if the circa-£10,000 extra isn’t too off-putting.

UK drive: The most basic Mazda MX-5 might just be the sweetest of all 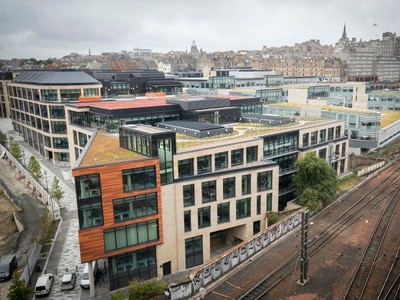