Electric cars to get excited about in 2020

Car manufacturers are pumping out electric cars left, right and centre – but which models should you really be looking forward to next year?

The future is electric, or so it would seem. Manufacturers across the globe are pushing towards plug-in power, with almost every brand bringing their own electric car to market. It means that over the next few months the electric segment will surge forward in size considerably.

But with so many cars set to be released, which are the ones you should be focusing on? We’ve done the hard work there – and these are some of the electric cars you should be getting excited about next year.

V8 muscle goes green. Ford has swapped the shouty V8 heart of the classic Mustang for a more refined eco alternative but promises the same untamed driving thrill that you expect from the Mustang name. Boasting a 370-mile range, 15.5” display for their next-generation Ford Sync System and striking looks, it’s a great addition to the electric SUV market.

Building on the success of their first production electric vehicle, Audi is going to be adding to the line up with their E-Tron Sportback. With similar features and styling to the original and an expected range of around 248 miles, the Sportback will be a lower, more style focussed version to challenge the likes of the Jaguar I-Pace.

The city is the perfect location for a small electric vehicle, so Fiat’s choice to combine its classic city car with a new electric powertrain seems like a match made in heaven. With a rumoured range of 250 miles, this fun city run around will retain its classic Italian looks but underneath become a whole new vehicle. The new electric power will play to the 500’s city strengths of nipping in and out of traffic and parking just about anywhere.

With the new e-2008, Peugeot is adding another car following its new philosophy of ‘Pick your Peugeot, pick your powertrain’. The new e-2008 has had a technology infusion in what Peugeot calls its new 3Di cockpit, and even comes with green stitching to remind you how eco-friendly you are being. The e-2008 has a projected range of 198 miles, but Peugeot states that it can be charge from 0 to 80 per cent in 30 minutes on a 100kw fast charger.

Volkswagen has broken tradition a little by producing a purpose-built electric hatchback rather than adapting an already popular model. The ID.3 is set for release in 2020, with all the first edition cars they offered already reserved. With a longer wheelbase, but a body not much bigger than the traditional Golf, the ID.3 is set to have more interior room and great technology to match. At 340 miles of range, the larger battery version will take you further between charges than many of its competitors.

A familiar look, but a brand new drive. The new Corsa-e comes with a 205-mile range and if you order before the end of 2019, Vauxhall will include a free home charger that will get you from flat to full charge in 7.5 hours. To keep its fun driving style, the Corsa-e comes with a Sport mode to give you that extra performance burst or switch to eco to increase the range.

6 UK circuits that are perfect for a summer track day 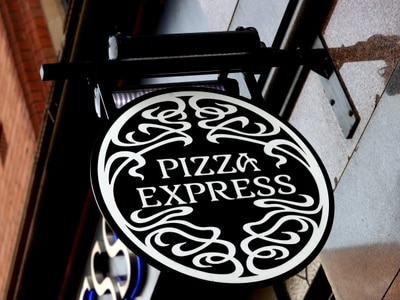