Hundreds of residents turned out in force at a meeting against plans to build a quarry near Kidderminster.

Plans have been lodged with Worcestershire County Council by NRS Aggregates Ltd to build a sand and gravel quarry on land at Lea Castle Farm, off Wolverley Road.

NRS Aggregates proposes to extract 300,000 tons of sand and gravel per year over a 10-year period from the green belt land, with an additional year required to complete restoration of the final working phase.

An action group called Stop Lea Castle Farm Quarry has been formed on the back of the plans and a public meeting was held at the Heathfield Knoll School last week.

They have raised concerns about the "destruction of unspoilt countryside", widespread exposure to mineral dust for residents and children attending five schools within less than a mile from the proposed site, and the huge increase of traffic and HGVs on the roads.

Adrian Carloss, a resident and chairman of the action group, said: "We had our main public meeting last week, which was extremely successful, nearly every seat was full.

"We are trying to compile a list of faults with the planning application and we have been fundraising to get various surveys done.

"We can make noise and beat the drum, but if we don't have an argument it does not amount to much – but we feel like we have a range of planning arguments. Wyre Forest MP Mark Garnier is also hugely supportive of us.

"Anyone who wants to complain or object to the plans, must do so now."

More than 3,500 people have also signed a petition against the plans.

Schools in Wolverley, Cookley and Kidderminster are also educating their pupils about the campaign and asking children to write to Worcestershire County Council with their own thoughts.

"The close proximity of the school to the proposed quarry is a major concern for many, including our pupils.

"The children will be encouraged, through our school council system, to discuss their concerns and these will be passed on to the planning committee.”

According to a planning statement, submitted with NRS Aggregates' proposals, it states that an investigation of the site for potential mineral resource in 2015 identified a reserve area of approximately "three million tonnes of sand and gravel" at the site, off the A449, Wolverhampton Road.

The planning statement said: "At the proposed output rate of approximately 300,000 tonnes of sand and gravel per annum, mineral extraction is proposed for a 10 year period, with an additional year required to complete restoration of the final working phase.

"Access to the site is proposed directly off the B4189 Wolverley Road in the south eastern area of the site. This route would provide direct access to the A449 and on to Kidderminster and Stourbridge.

"The proposal involves the creation of 11 full time jobs with a further employment benefits provided in connection with transportation and the employment of local trades."

Residents can have their say on the plans by visiting Worcestershire County Council's website before Thursday.

People can also find out more about the campaign group by searching 'Stop Lea Castle Quarry' on Facebook. 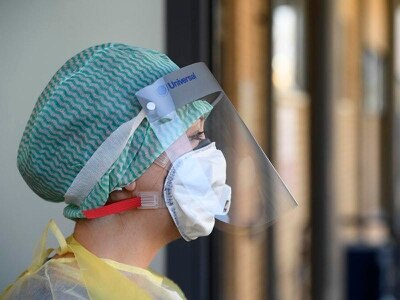