Travellers have set up camp on the grounds of a fitness centre in Wolverhampton.

More than a dozen caravans have taken up residence on the grounds of Chris Jewkes Fitness centre in Tettenhall.

The travellers are believed to have broken into the car park of the centre on Danescourt Road, which has been closed since March due to the coronavirus pandemic, early on Monday morning.

A local resident, who didn't want to be named, said: "About a dozen caravans have parked on the land of Chris Jewkes Fitness.

"Locals are a bit jittery and the cricket club are locking their gates. The police are also aware."

Councillor Sohail Khan, who represents the Tettenhall Regis ward where the centre is based, said it was unacceptable that the travellers had broken into private property.

He said: "Clearly, they've been moved on from somewhere else, so we need to establish where they've come from, but regardless of that fact, they've broken into private land.

"We're in the middle of a pandemic and even though lockdown has been eased so slightly, it's still unacceptable for them to come into the area like this."

Councillor Khan said there was little the authority could initially do due to the land being privately owned.

He said: "The council normally has enforcement powers to move them on, but the problem we have is that this is private land.

"The council and the police can apply to get an order to get them moved on as this is not one of the council's sites.

"It's also illegal encampment, so the order needs to be sorted out to get them to move on.

"What I can do as a councillor is work with the police and the council to make them aware of the travellers and work to move them to legal transit sites in the city."

A spokesperson for Tettenhall Police said: "Tettenhall Officers have been informed that there is an illegal encampment on Danescourt Road, Tettenhall.

"Bailiffs are currently on site advising the Travellers that they will need to move on.

"If that fails, they face eviction from the site tomorrow morning.

"Tettenhall PCSOs are currently monitoring the situation in Danescourt Road and visiting and reassuring nearby businesses and residents."

"The premises are not on the City Council’s injunction list of sites and it would therefore fall to the landowner to take further action.

"West Midlands Police are aware of the encampment and are taking the necessary steps." 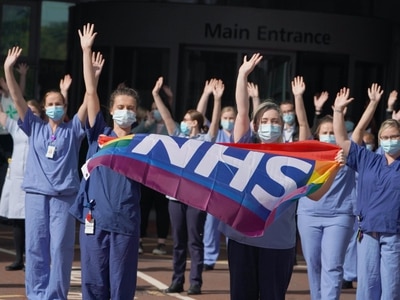