"Among our main concerns was to be seen to support the young people who took to the streets. We don't want them to say to us where was the church?.

Wolverhampton-born Reverend David Ellis, was among the Christian leaders who organised the peaceful Gathering for Racial Justice protest in London's Parliament Square to calling for the implementation of more than 200 recommendations from previous inquiries.

He is the regional minister for Baptist churches in Staffordshire and north Birmingham.

The modest inter-denominational event featured speeches and prayers streamed online outside the Houses of Parliament, followed by a march to Trafalgar Square.

Mr Ellis, who grew up in Whitmore Reans, said despite many church leaders being unable to attend due to the impact of coronavirus and preparations to reopen worship buildings for services on Sunday, the rally had been positive.

There are now plans to launch a petition within days to demand that racial inequalities are debated in Parliament.

"The first thing to say is it was strange to arrive in London and not to find it not bustling with people the moment you step off the train at Euston. It was surreal and like a ghost town," he said.

"In the end we didn't get the numbers that we thought we might attract and there was probably just over 150 people there, but we understand that there were difficulties for some leaders.

"Among our main concerns was to be seen to support the young people who took to the streets recently. We don't want them to say to us where was the church when when were out there protesting.

"We don't condone violence of any kind.

"We were there because we want to speak truth to power and to challenge the powerful to fulfil and legislate the recommendations that have been made in every single inquiry that has been held about racial injustice. And to challenge the judicial system which is stacked against people of colour.

"So we were there to call for the end of disproportionate numbers of black and minority ethnic (BAME) being discriminated against by the police, courts and being held in prison," Mr Ellis said.

Demonstrations worldwide have followed the death of George Floyd in Minnesota after a police officer knelt on the African American's neck for almost nine minutes.

Findings of a report by Tottenham MP Mr Lammy also found that blacks were were disproportionately represented in the prison population at 25 per cent with half of those in young offenders institutions. While BAME communities make up just 14 per cent of the population. 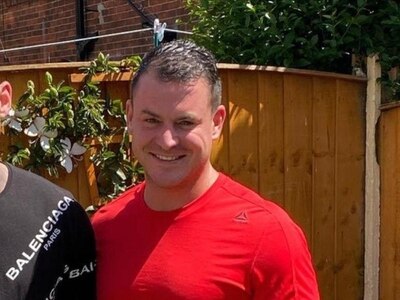