A Wolves mascot who went viral when Rui Patricio gave him his coat has kept the training outfit, his father has revealed.

A video showing the moment the Wolves goalkeeper took off his coat in order to keep seven-year-old William Hyde warm has been viewed on Twitter more than 3.8 million times.

William, from Sedgley, was one of the Wolves mascots for their away clash at Watford on New Year's Day and had travelled down to Vicarage Road with his dad Chris, grandfather Alan and family friend Matt Perry.

And before heading into the tunnel, William was taken to the changing rooms to meet Wolves manager Nuno Espírito Santo and players, including club captain Conor Coady.

Despite it being a chilly December day, William had refused his dad's calls to wear a jacket to walk out on the pitch – instead saying he wanted to walk out with heroes in his Wolves away strip.

As he was lining up to lead the team out alongside captain Coady, all the other players were wrapped up in jackets and snoods, William was seen to be shivering.

Goalkeeper Patricio noticed that William was feeling the cold and tapped him on the shoulder to ask if he wanted to wear his jacket. He nodded and Patricio wrapped his coat around William – whose big smile was captured by the BT Sport camera.

The footage has since been shared far and wide on social media – with praise for Patricio.

Chris, 36, said his son has not stopped speaking about the experience since – and has asked numerous times if he can repeat the day.

He said: "We are Wolves season ticket holders, William has been going to the matches since he was four years old. There's my dad, Alan, William and myself that go to the matches.

"William was put in a draw to be the away mascot for the Watford match on New Year's Day and was chosen. The Wolves team were just outstanding throughout.

"He got to go into the changing rooms to meet the players – Nuno and Coady made sure William had photos with everyone, had autographs and they all took their time to talk to him.

"The mascots walk across the pitch to the far side. William had his Wolves training jacket with him, but he said to me he did not want to wear it – and wanted to wear his kit while walking with his heroes.

"William was in his element after Patrico gave him his jacket – he kept saying to me 'dad I have got Patricio's coat, he told me I could keep it'.

"He absolutely loved it, William said it was the best day of his life. He has not stopped talking about it since. He was really nervous about walking out with the team before, but now he keeps asking if he can do it again."

"The Wolves match day staff and the team were just brilliant. William was over the moon with it all.

"Apart from the football result, it was a day to remember for us all." 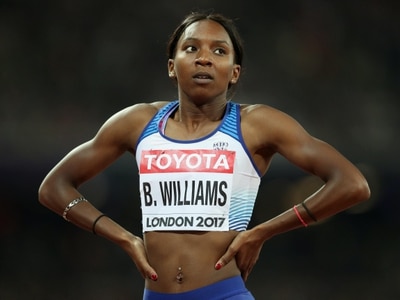