Wolverhampton cop risked life to save suicidal woman from drowning

When a suicidal woman hurled herself into the bitterly cold waters of the canal in Wolverhampton, heroic cop PC Carl Walters didn’t hesitate. A screen shot of the video 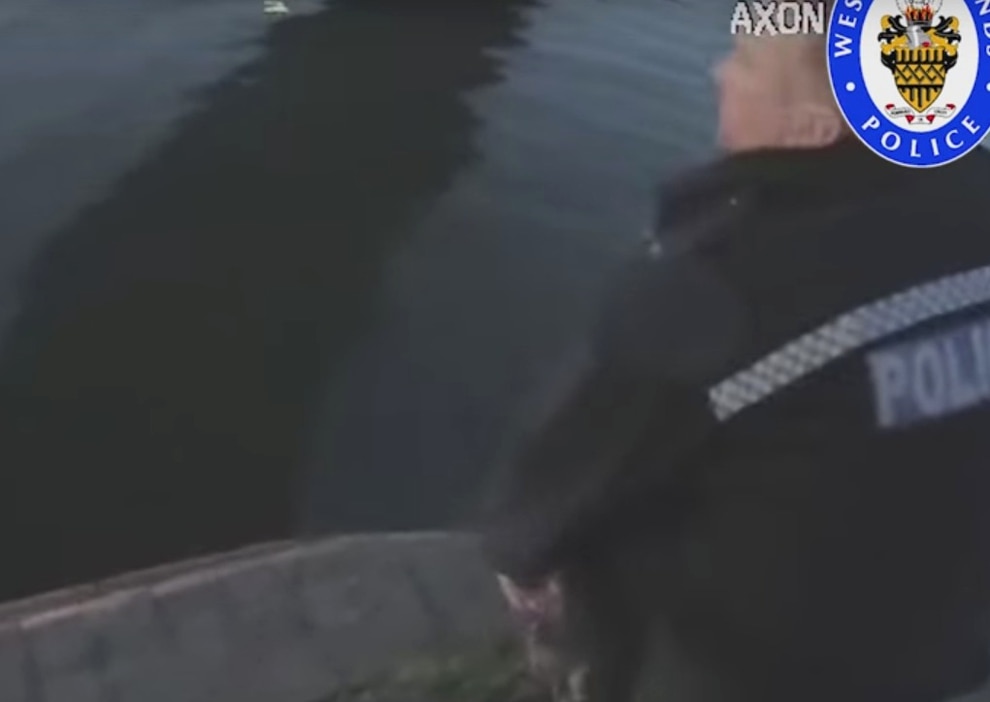 Although he knew the woman was armed with razor blades he jumped in after her, swam to her and dragged her to the safety of the bank where she was pulled out to the safety of dry land by other police at the scene.

Now PC Walters has been awarded a Royal Humane Society Testimonial on Parchment for saving her life.

The incident happened at just after 7am on the morning of November 30 last year in the canal near New Cross Hospital.

The woman had phoned police saying she was going to kill herself and that she was heading for the canal and had razor blades and cocaine with her.

PC Walters and other police rushed to the scene and found her standing on a bridge over the canal. Then, without warning she jumped the 15ft into the water. Initially police tried to persuade her to get out but she refused and PC Walters jumped in after her as her condition appeared to be deteriorating.

Praising him for his action, Andrew Chapman, secretary of the Royal Humane Society said: “He was the true hero of the day. It was a very courageous act on his part.”

Speaking at the Society’s London headquarters as he announced the award he continued: “In jumping into the canal which was extremely cold and dirty he knew full well that he was putting his own life in danger.

"On top of that he knew that the woman had razor blades with her. Despite all that he didn’t hesitate and as a result the woman’s life was saved.”

No date has yet been fixed for presentation of the award but it is expected to take place in the near future.

The roots of the Royal Humane Society stretch back more than two centuries. The Queen is its patron and its president is Princess Alexandra. It is the premier national body for honouring bravery in the saving of human life.

It was founded in 1774 by two of the day's eminent medical men, William Hawes and Thomas Cogan. Their primary motive was to promote techniques of resuscitation.

However, as it emerged that numerous people were prepared to put their own lives at risk to save others, the awards scheme evolved, and today a variety of awards are made depending on the bravery involved.

The society also awards non health care professionals who perform a successful resuscitation. Since it was set up the society has considered over 87,000 cases and made over 200,000 awards. The society is a registered charity which receives no public funding and is dependent on voluntary donations.

It was one of a select number of organisations to receive a donation from the Patron’s fund which was set up to acknowledge work done by organisations of which the Queen is the patron, to mark her 90th birthday.

Boris Johnson says UK did not have capacity for test, track and trace ready