Ancient human remains exhumed during works on the new market in Wolverhampton were given a ‘fitting send off’ at a service in the city before being re-buried. 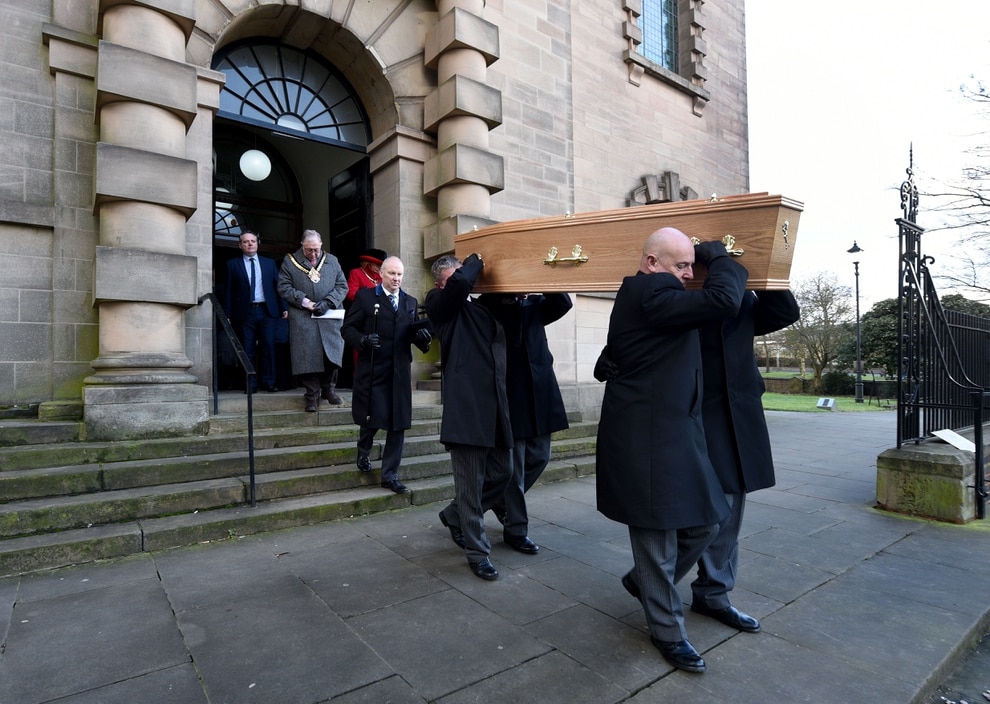 The coffin leaves the church 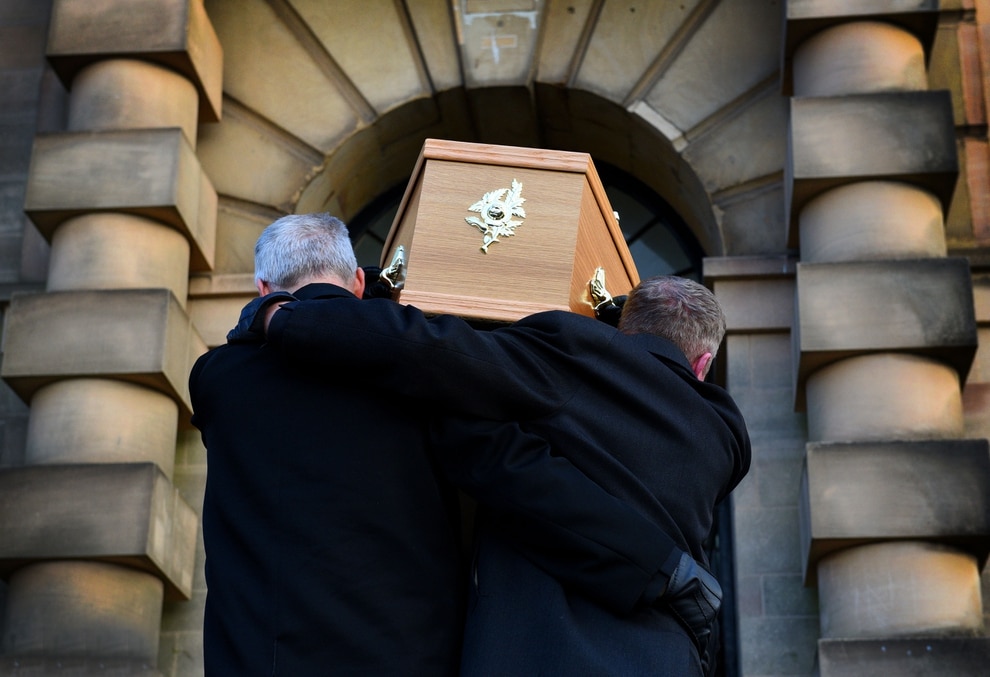 The coffin is taken inside 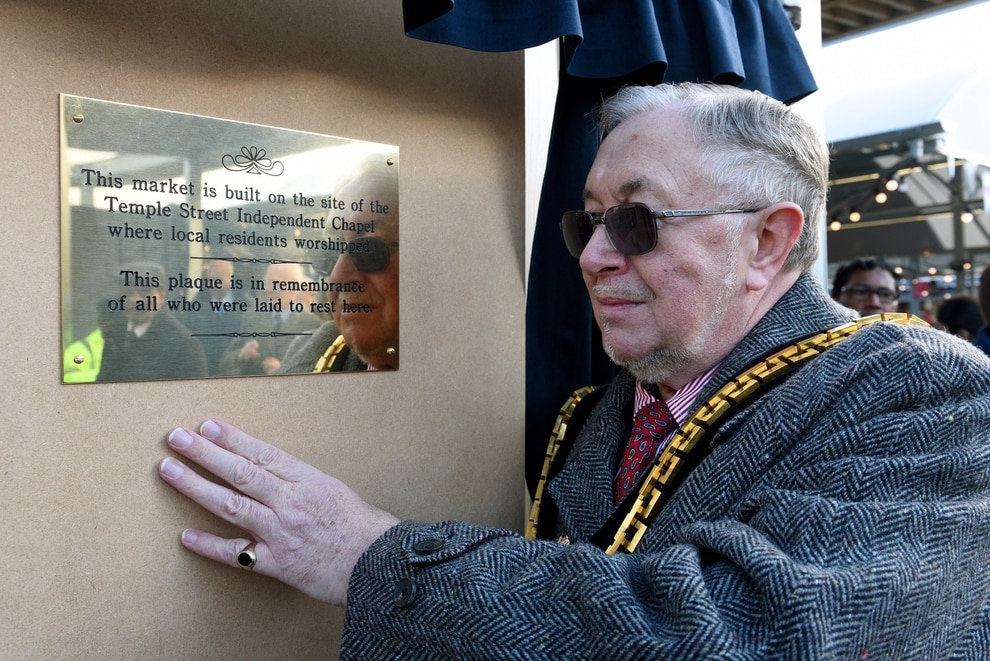 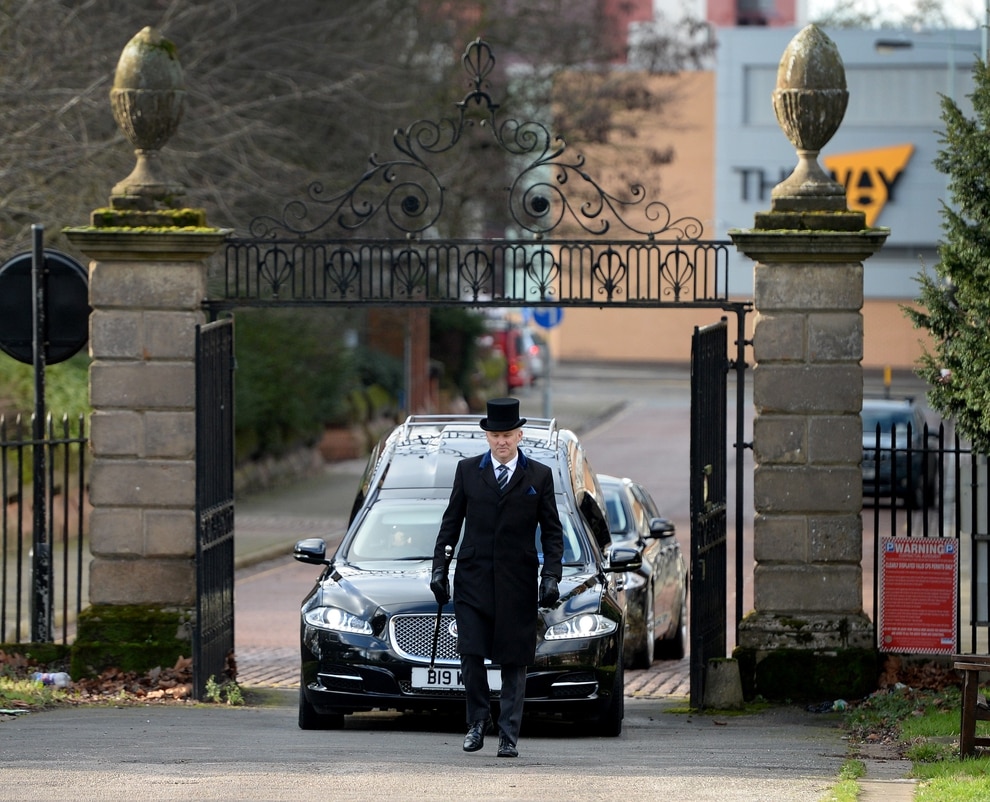 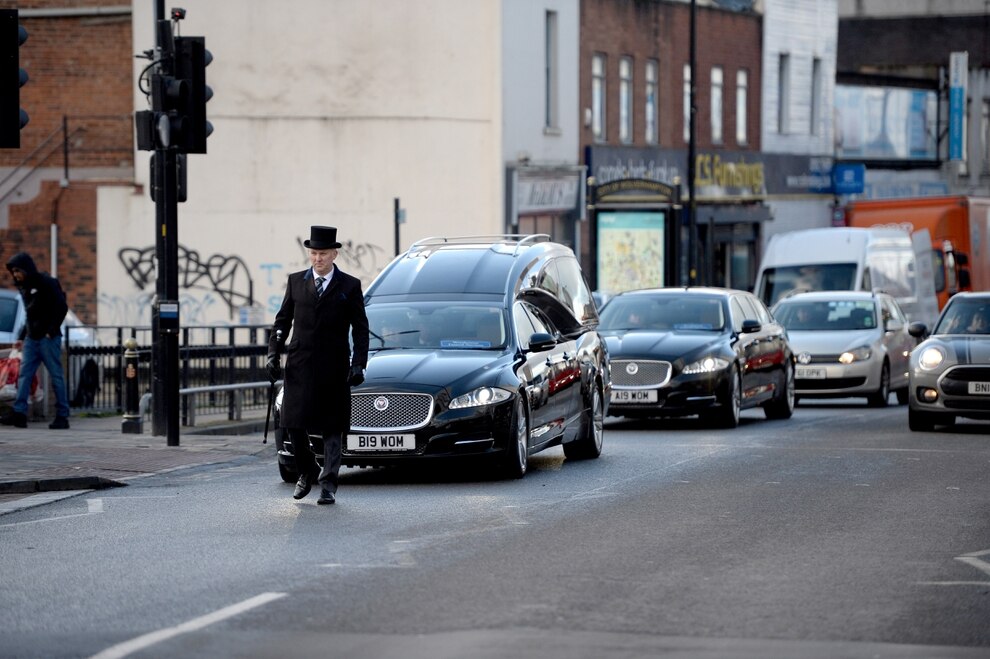 The procession makes it way into the city centre

Members of the public, council representatives and the mayor, councillor Phil Page, all attended a service at St John’s Church.

The remains of 20 people were discovered at the market site, off Cleveland Street. Six were left in place while 14 were exhumed and after the service yesterday the mayor unveiled a plaque in honour of them at the market site before the remains were transported to Danescourt Cemetery for a private burial.

The remains, believed to date between 1786 and 1799, were found last May during the groundworks for the new Wolverhampton market. At the time 20 sets of remains were discovered, which archaeologists believe included six adults and 14 children. The council has compiled a list of 20 names and possible names of those who were found buried at the spot.

Experts have found that the oldest adult was around 50-years-old while many of the children were under three-years-old – the youngest possibly just days old.

The remains were from a ‘Protestant dissenters’ burial ground associated with the former Temple Street Independent Chapel.

Head of business services at Wolverhampton Council, Colin Parr, said: “We felt it was really fitting as there’s been a market in Wolverhampton for over 1,000 years and some of these people would have been familiar with the market and almost certainly some of them would have shopped there.

“We felt it was appropriate to show them the service that the citizens of the city deserved and to mark with a plaque also at the new market. We’ve done them proud and I hope people see that, there was a lot of dignity in the service, it was a fitting send off.”

The service at St John’s Church was lead by Reverend David Wright and Reverend Abbie Walsh, where the mayor and Deputy Managing Director of the council, Mark Taylor, both gave readings. Hymns: O God, Our Help in Ages Past and Now Thank We All Our God were also sung.

Reverend David Wright said: “At the time they were originally buried only men were clergymen, now the church has moved on.

“Both men and women were buried at the site and men and women are given the chance in the church, so it’s very fitting to have led this service alongside Abbie. These are people who were buried at a chapel nearby, which would have been in the parish of St John, so it’s the most local church for their reburial. There’s a dignity in that.

“When people are buried the idea is that they are buried permanently but if their remains are accidentally disturbed as in this case, then the appropriate thing is to rebury them with a proper service. Everything in the service was of an age of when those people were buried, so we tried as best we can to give them something familiar to them.

“It’s always the idea that when someone is buried its permanent, but inevitably as time goes on remains are accidentally discovered, and the appropriate thing to do is remove the remains and and bury them in a cemetery which is rather more peaceful than beneath a market. There has been a good balance from the council, at all times there has been due dignity to the remains and a very thorough archaeological investigation, the market has moved on and is a great asset to the city.”

When the remains were found in May last year, work was halted on the £4.9 million market development for a number of weeks.

The discovery put onto doubt whether the market would open on time, after previously putting the opening back to July after ground conditions meant the original opening time in the Spring was no longer possible. After Wolverhampton council were given permission to exhume the bones by the Ministry of Justice, a team of archaeologists scoured the area.

Eventually, the market was able to open on time in July, bringing 20 cabins and 48 stalls after it moved from Market Square.

Archeologists remained on the site until the work was completed and contractors worked on weekends to ensure it opened at the scheduled date of July 17.