Dozens of firefighters tackled a huge blaze at a packaging firm in Wolverhampton leaving the building 'unsafe'.

People living nearby were told to keep windows and doors closed as plumes of smoke billowed high.

Flames burst from the roof of the warehouse which is home to Network Packaging on the Spring Road Industrial Estate. 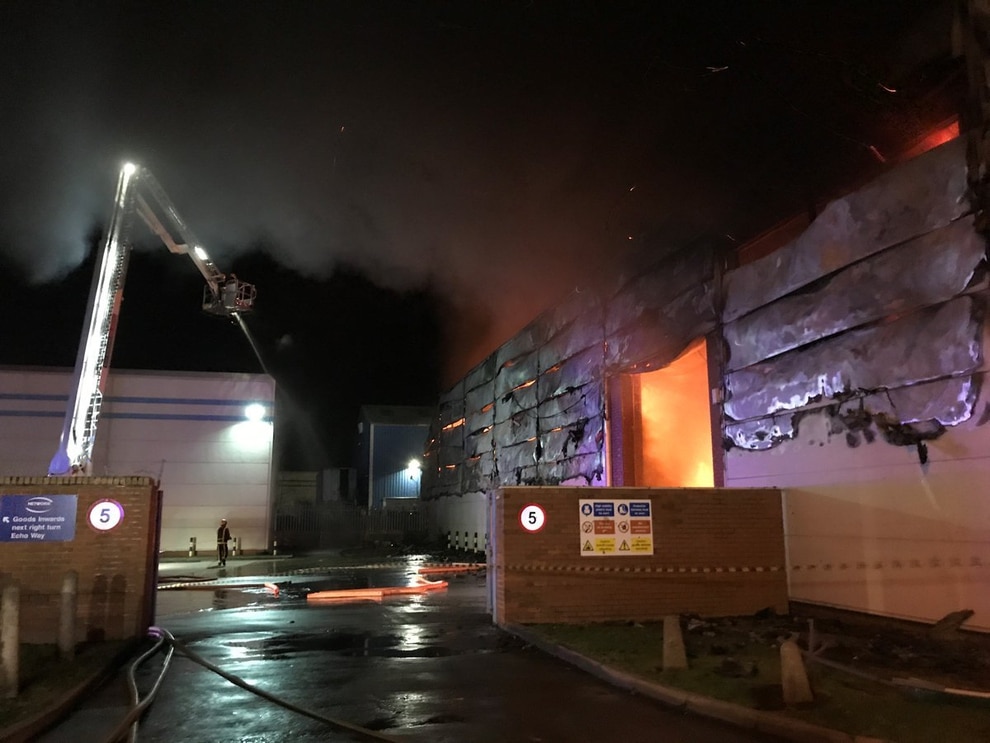 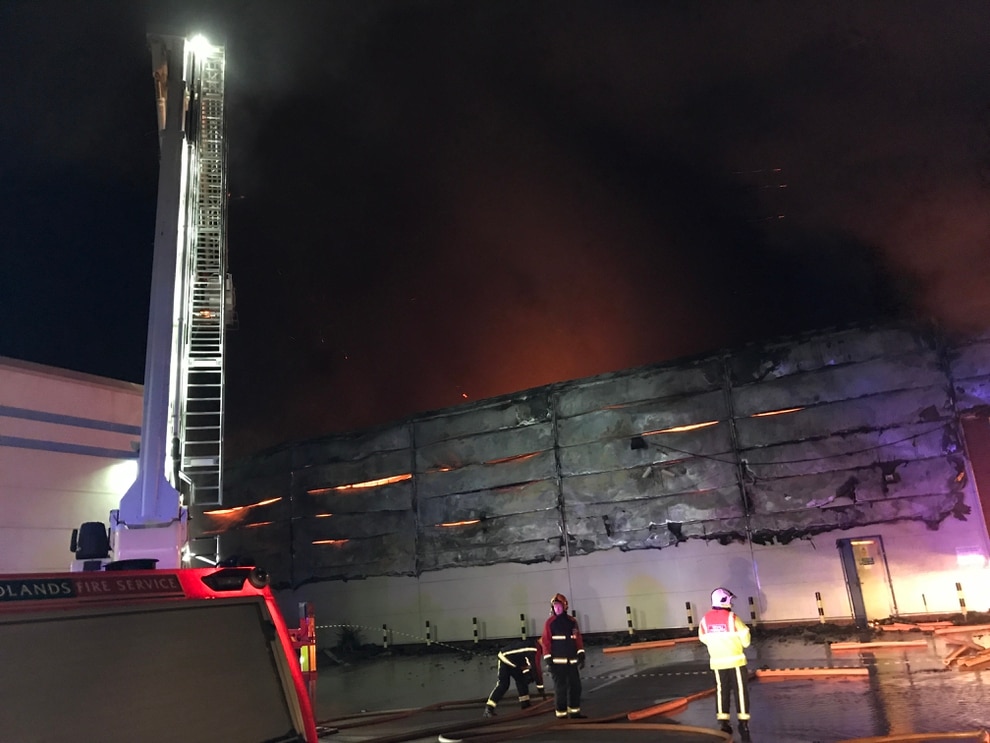 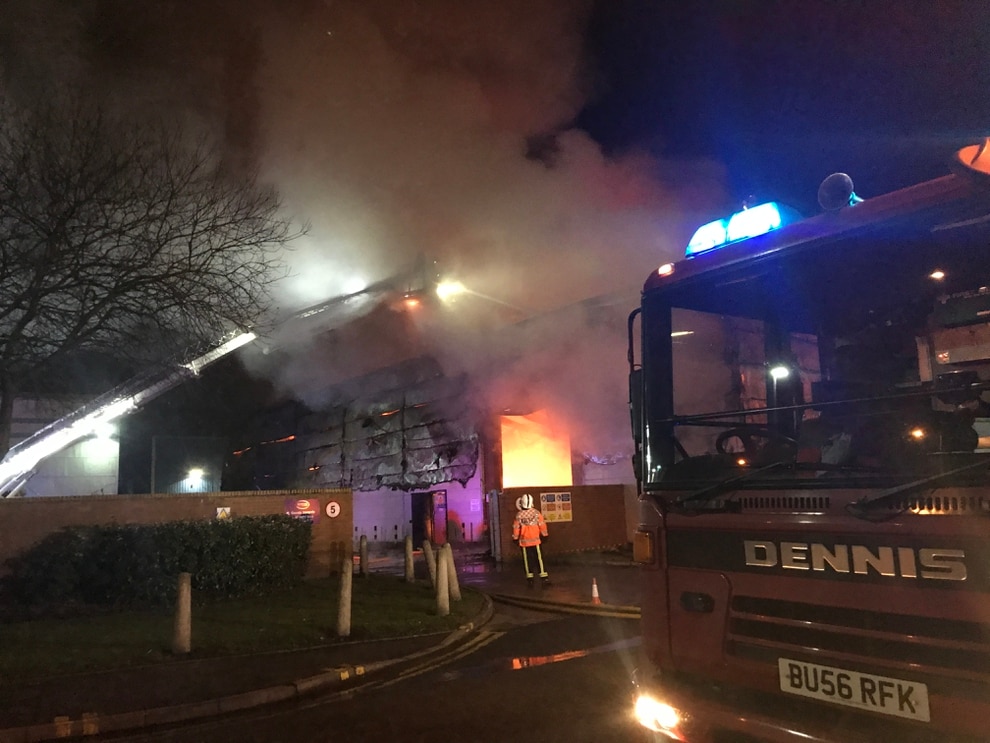 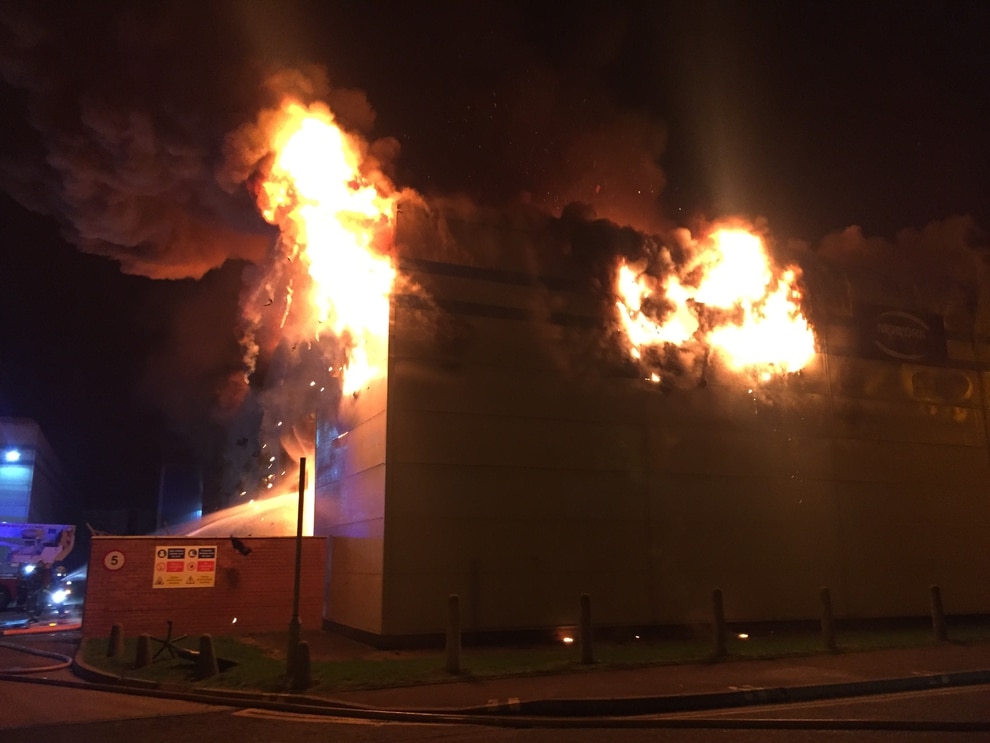 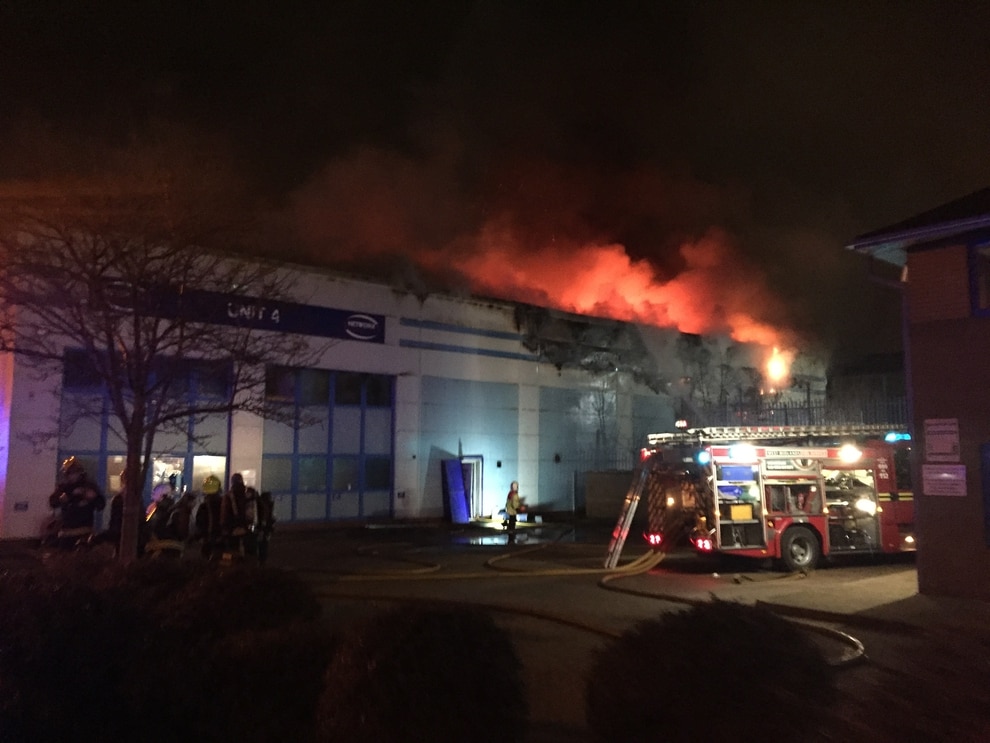 The warehouse caught fire at around 9.20pm in Lanesfield Drive, Lanesfield.

West Midlands Fire Service said officials were able to scale down the number of crews on scene this morning to three with a team operating a hydraulic platform by around 8am.

Station commander Alex Shapeland said all of the building had been damaged in the fire.

At its height, 65 firefighters at the scene.

"Fortunately, there have been no injuries at this incident and the fire service quickly brought the fire under control through safe, assertive and effective firefighting and managed to stop any fire spreading to the neighbouring buildings on the industrial estate," he said.

He added that it was too early to say what caused the fire, but as soon as it is safe to do so fire investigation officers will start their enquiries.

Station Commander Shapeland added: "Due to the severity of the fire, the building is structurally unsafe so a prohibited area has been established around the site."

Martin Dunn, Director of Network Packaging said: "There was a fire at one of our packaging storage warehouses in Wolverhampton last night. No one was injured.

"The fire was restricted to one of our four units on site which is used to store packaging materials and some vehicles.

"We want to thank the West Midlands Fire Service, who remain on site, for their speedy response. We will investigate the cause of this fire."

Offices in a separate building were still operating today. The firm operates three warehouses at the industrial estate.

The firm has a portfolio of customers ranging from West Midlands businesses through to department store retailer House of Fraser and online giant ASOS.

Wolverhampton South East MP, Pat McFadden, said: "I am very grateful to the West Midlands Fire Service for their efforts in tackling this major fire.

"A blaze like this reminds us of the dangers our firefighters put themselves in to keep the community safe.

"I would urge all residents to follow the advice of the fire service until the blaze is fully under control.”

Reporter Dayna Farrington has been to the scene today.

I’m at the scene of where a huge fire started in a factory overnight in Lanesfield Drive, in Wolverhampton. The blaze started at around 10.30pm last night pic.twitter.com/kXnbOBsniS

Firefighters are still at the scene this morning following the fire. Significant damage has been done to the factory building pic.twitter.com/C8Ywo7rcjR

More from the scene of the factory fire in Lanesfield Drive, Wolverhampton pic.twitter.com/ySRM2xSL20

Station commander Alex Shapeland said 100% of the building was involved in the fire. At its height, 65 firefighters were here at the scene tackling the blaze. He said the fire is now out but crews will remain here for most of the day to dampen down any hotspots pic.twitter.com/MLwDGiGVij

More pictures here from the scene in Lanesfield Drive, Wolverhampton, where 65 firefighters have been tackling a blaze at a packaging factory overnight pic.twitter.com/fBZTOifxZJ

A spokesman for Network Packaging said they would not be commenting on the fire at this stage pic.twitter.com/7m6L2yNrSx