The £55 million leisure-led Westside development for Wolverhampton city centre, which will feature a cinema and hotel, has been delayed.

Construction was due to start this summer following the relocation of the outdoor market.

But work has been put back after the developers, Urban & Civic, returned to the drawing board following talks with unnamed operators.

The scheme is for a multiplex cinema, restaurants, a 100-plus-bed hotel and new multi-storey car park, creating 430 jobs following a two-year build.

Speaking to the Express & Star, Wolverhampton council’s managing director Tim Johnson said work would not now start until at least the end of this year.

He said: "We have to acknowledge, as a city, we are not in control of everything.

"In a world where you have commercial developers driving and investing they are in control frankly and if they, for good reason, say actually we need to change this scheme and as a consequence it is going to take six months longer there is not a fat lot we can do about that.

"But if the changes for a good and for a better outcome, we are just going to have to roll with that."

The changes to the design are due to some operators having ‘a more exciting proposition’, meaning some of the scheme has had to be redesigned, said Mr Johnson.

He used the cinema as an example, adding: “If you think about the cinema market. In cinemas of old you used to buy overpriced popcorn, sit in your rather uncomfortable seat and go home at the end of the evening. Actually the model has moved on now. It is about a premier offer.

"People come in, they have a meal, have a drink – they have an experience. That is where the cinema market is going and we want our offer to be a premier offer.

"It has meant some of the scheme has had to be redesigned to accommodate that future use.

"It comes back to creating a product which is right for now and the future rather than let’s have a bog standard theatre which, frankly, is not really in line with what consumers want these days.”

After outline planning permission was given for the project in January, it was said building work would start in the summer following the relocation of the city centre’s market.

A second phase of the project will see new city homes and additional retail and leisure space. 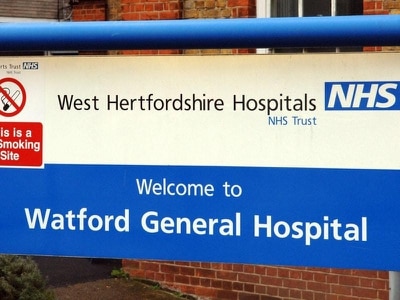