A collection of rare novels by HG Wells has sold for more than £20,000 at a Black Country auction house – nearly four times its valued price. 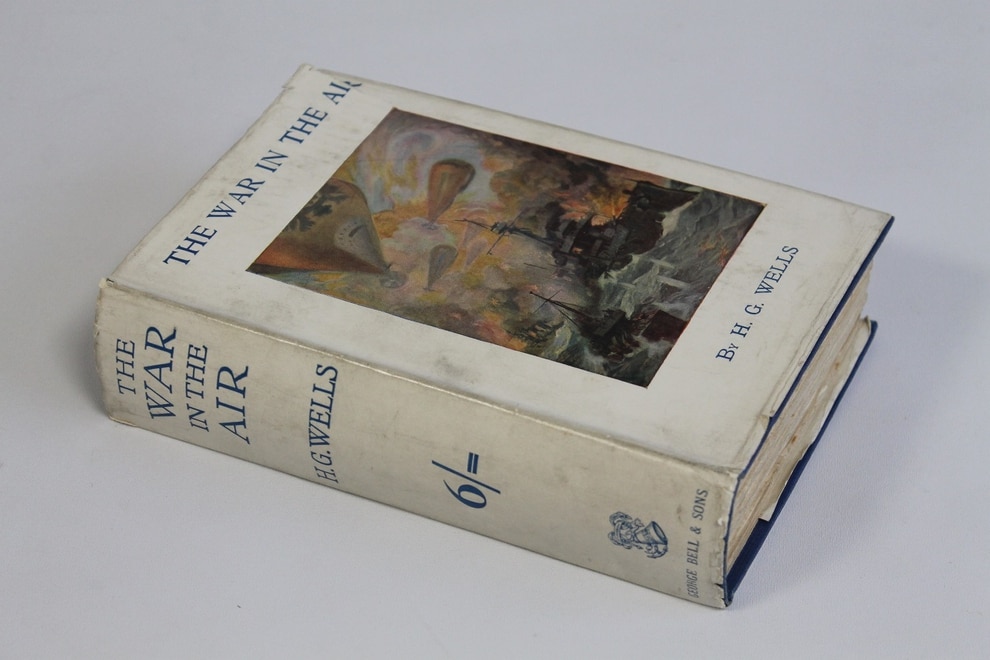 The first-edition of The War in the Air 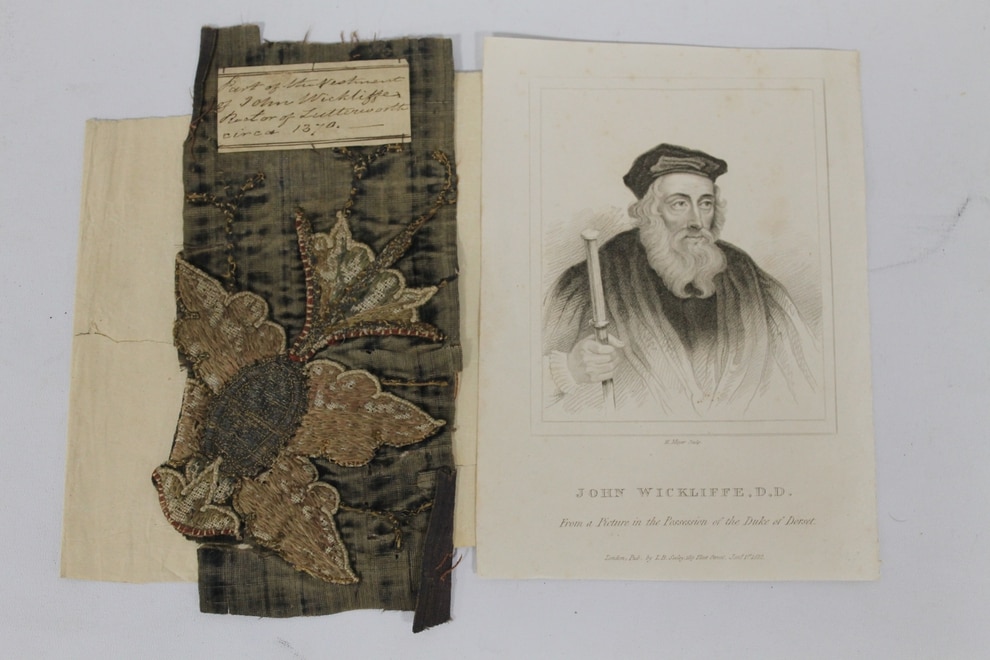 Part of the vestment of John Wickliffe, Rector of Lutterworth circa 1370

The books were sold at Cuttlestones' specialist collectors’ sale at Wolverhampton Auction Rooms, with a number of individual tomes selling for several thousands of pounds.

A book specialist from the auction house said they had expected the collection to fetch around £5,000.

‘The War in the Air’, published by George Bell and Sons was in its rare original dust jacket with blue cloth binding, gold lettering, two pages of adverts at back and along with a story removed from 'The Strand' Magazine 1909 by Wells called 'My First Aeroplane (Alauda Magna)’.

The second most sought-after book – fetching £4,500 – was a first edition copy of Wells' ‘Kipps the Story of a Simple Soul’.

Published by Macmillan and Co in 1905, the first printing edition was presented in its original green cloth binding and what the auction house said appears to be its rare original dust jacket with Macmillan monograph and 'Six shillings' on the spine.

Selling at the impressive sum of £3,200 was another Wells first edition – ‘The Country of the Bind and Other Stories’ – from 1911by Thomas Nelson & Sons, again in its original dust jacket.

Cuttlestones’ book specialist, Rosie Blackburn, said: "We had expected this collection to perform well and achieve in excess of £5,000, so we are delighted with the final figure.

"The collectors were out in force for what was undoubtedly a very important and rare collection of works by one of the forefathers of the sci-fi genre.

"The books in this collection were by no means Wells’ best-known, but they do showcase his huge scope as an author – covering genres as diverse as sci-fi, humour, realist, military and even proto-feminist.

"It just goes to show that, despite the growing popularity of e-books there is still a very strong collectors’ market for paper and ink.”

It wasn’t just books that performed well at the sale – another interesting lot in the form of a fragment of vestment with a note attached stating 'Part of the vestment of John Wickliffe, Rector of Lutterworth circa 1370' sold for £450.

Relating to the influential dissident within the Roman Catholic priesthood - and esteemed scholastic philosopher, theologian, Biblical translator, reformer, and seminary professor at Oxford – nothing like this had ever come up at auction before, making it impossible to value.