Ten dilapidated homes to be seized by Walsall Council

Homes that have been left empty and fallen into disrepair are to be seized by Walsall Council as part of a campaign to boost the housing stock.

Bosses agreed to use compulsory purchase order powers to take control of 10 properties across the borough, which have been left unoccupied for more than a decade.

Walsall Council leader Mike Bird said some of them are now in poor condition and resulted in fly-tipping, causing misery to those living next door.

The properties identified feature three in the Blakenall ward, two in Pleck and one each in Darlaston South, Aldridge Central and South, Pheasey Park Farm, Short Heath and Willenhall South.

Former Walsall Mayor and Blakenall resident Pete Smith said he had been raising concerns about the poor state of one of the houses on the list, in Oakland Road, for years and welcomed news that action will be taken.

Walsall Council’s deputy leader Adrian Andrew said similar action in 2016 saw them seize two properties and bring them back into use for affordable social accommodation.

He added that the authority will look to take further action against another 55 properties that have been empty for more than 10 years.

Councillor Andrew said: “With the housing crisis and the housing shortage that we have, it’s incumbent on us to try and bring as many existing homes back into use.

“One of the things with compulsory purchase as well is it sometimes focuses the minds of owners of empty and derelict properties to start sorting them out.

Councillor Bird said: “People have suffered the blight of these properties next to them and many of them have indeed been fly-tipped or left in a disgraceful state of disrepair.

“When you live next door to one of these, I’m sure people will be happy to see something is being done.

“The message is clear, if you want to leave a property empty that’s alright but we are coming to look for you, take control of the property and take the asset off you.”

Mr Smith said: “This is welcome news for the long suffering residents in Oakland Road and the surrounding neighbourhood.

“Local residents have put up with this major eyesore for far too long and it is great news that the council is taking the bull by the horns and sorting this out.

“I hope also that residents here and elsewhere where we have fly-tipping hotspots, will not hesitate to report the anti social dumpers who blight our neighbourhoods when they or their vehicles can be identified.

“When these people dump on an empty property, they are dumping on all of us that have to live with it.” 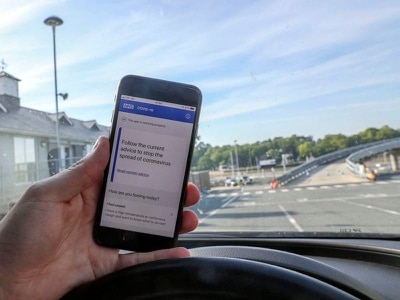