Government inspectors dramatically intervened at the 11th hour in a Walsall Sikh temple’s plans to build a chapel of rest on its grounds.

Walsall Council’s planning committee voted to approve the application by Guru Nanak Gurdwara in Caldmore to demolish 12 terraced houses and a shop to make way for a funeral hall of rest and three pairs of semi-detached homes.

But at the meeting on Thursday, members were told the Secretary of State had ordered that an approval notice was not issued until the planning inspectorate was satisfied for the development to go ahead.

Officers said the intervention was "out of the blue" and no reasons have been given so far. If the Secretary of State disapproves, the application could be called in for an inquiry.

The temple and its grounds are situated on the corner of West Bromwich Street and Sandwell Street, and nearby residents in both roads voiced strong objections to the proposal.

Their concerns centred around the disturbance it would cause, a lack of a strong travel plan and the strain it would put on on-street parking in the area.

But representatives for Guru Nanak Gurdwara said they were responding to a need identified within the Sikh community in Walsall which was struggling to accommodate coffins in their homes on days of funerals.

They added there had only been 26 funerals in the last six months, the chapel of rest would be in use between 10am and 4pm and that they were increasing their existing car park by 13 spaces to cope with demand.

'Out of the blue'

Committee members said the development would improve the area and heard highways had no objections, providing a section 106 ordering a sustainable travel plan was put in place.

But the involvement of the Secretary of State surprised councillors who said they had never heard of the inspectorate intervening before a decision had been made before.

Planning officer Andrew White said: “We’ve had a late request from the Secretary of State who has asked that the council does not issue a decision if members are minded to approve because they’ve had a request themselves to consider the application.

“We’ve asked the reasons behind that but the Secretary of State has not been forthcoming. They said they will brief us at some point in the future.”

He added: “The Secretary of State can intervene anytime in the planning process.

“I can only assume someone has highlighted it to them. It has come out of the blue. We’ve tried to find out more but they are unwilling to give us more at this stage.

“The process currently is they are reviewing the application. I’ve provided them with the report and will provide them with minutes.

“They’ve asked that we do not issue an approval before they come back to us and at some point they will tell whether or not they are comfortable for us to continue or they will choose to call it in.”

End of two-metre ruling is ‘disaster waiting to happen’

Fear that 45,000 young people in West Midlands could be left unemployed by coronavirus crisis 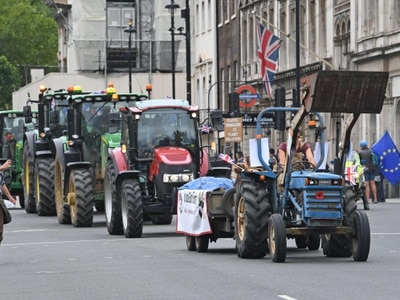