A huge Moorcroft pottery collection sparked by a single plant pot bought by a Staffordshire woman 46 years ago is expected to fetch tens of thousands of pounds at auction. 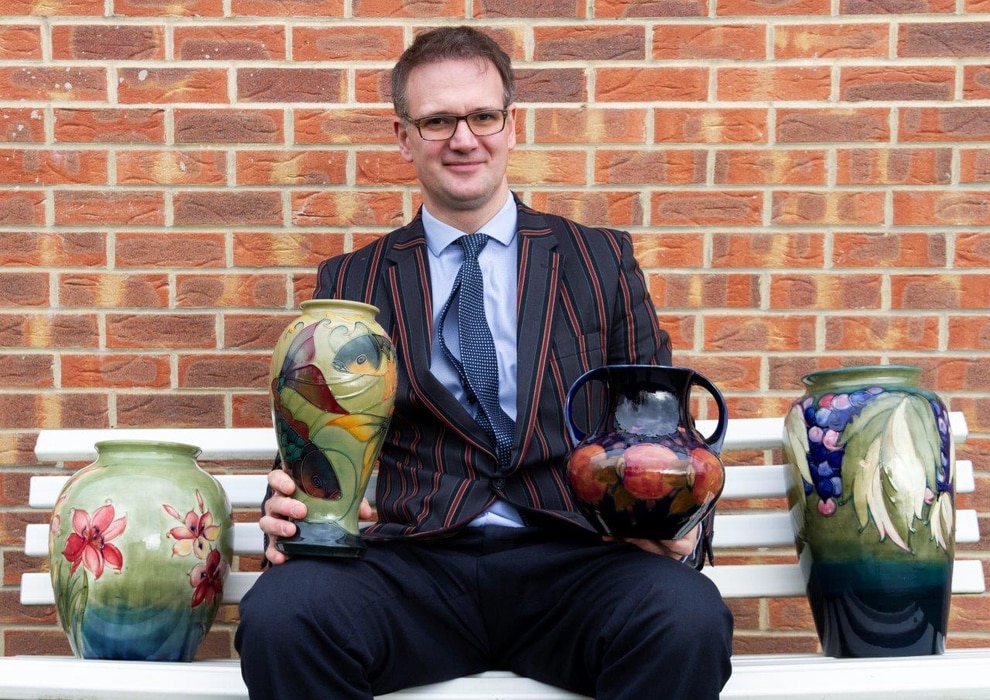 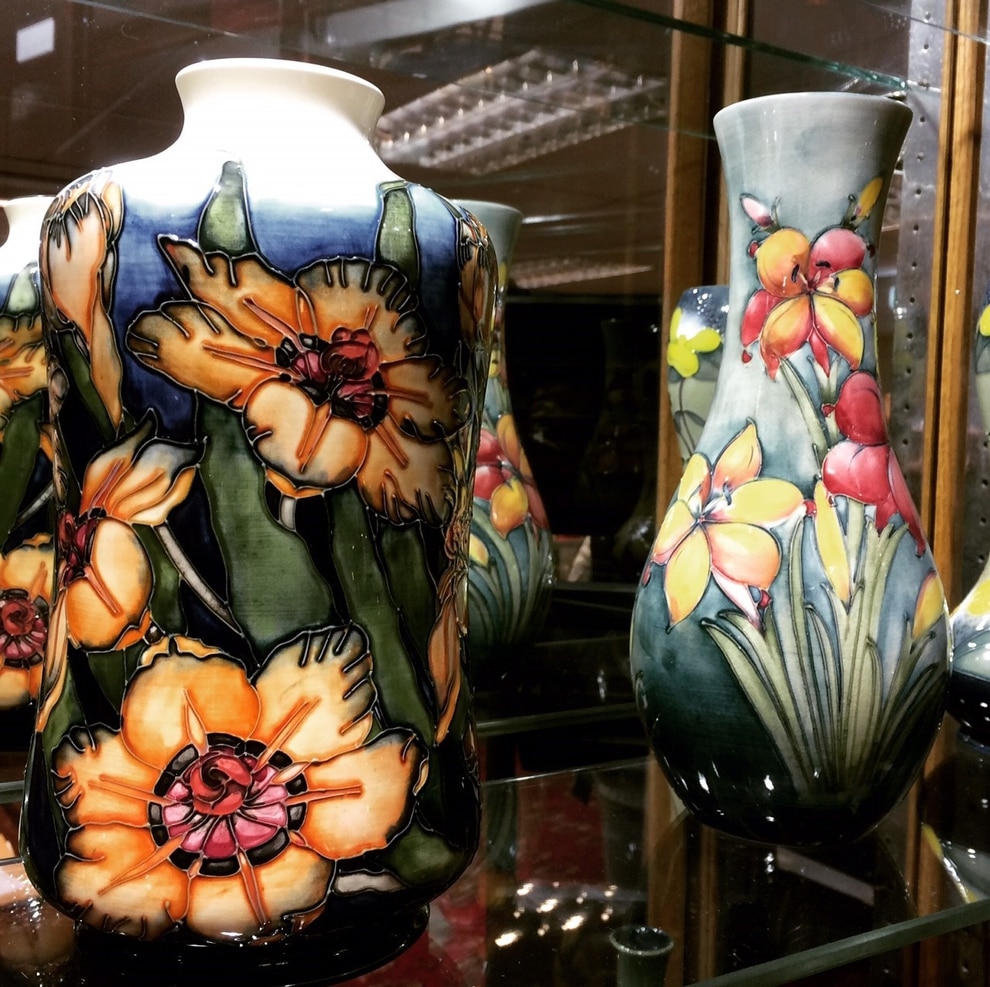 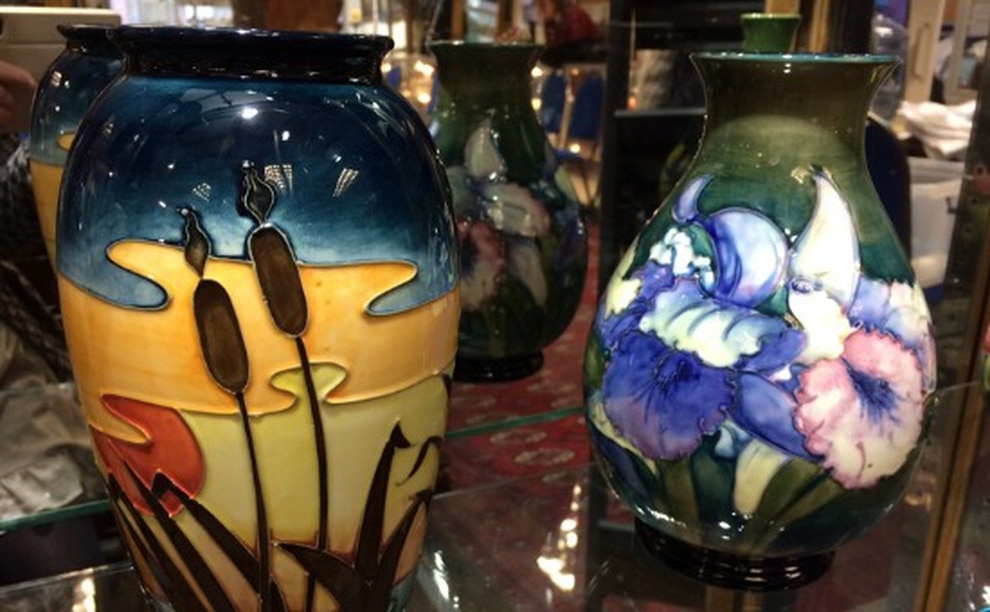 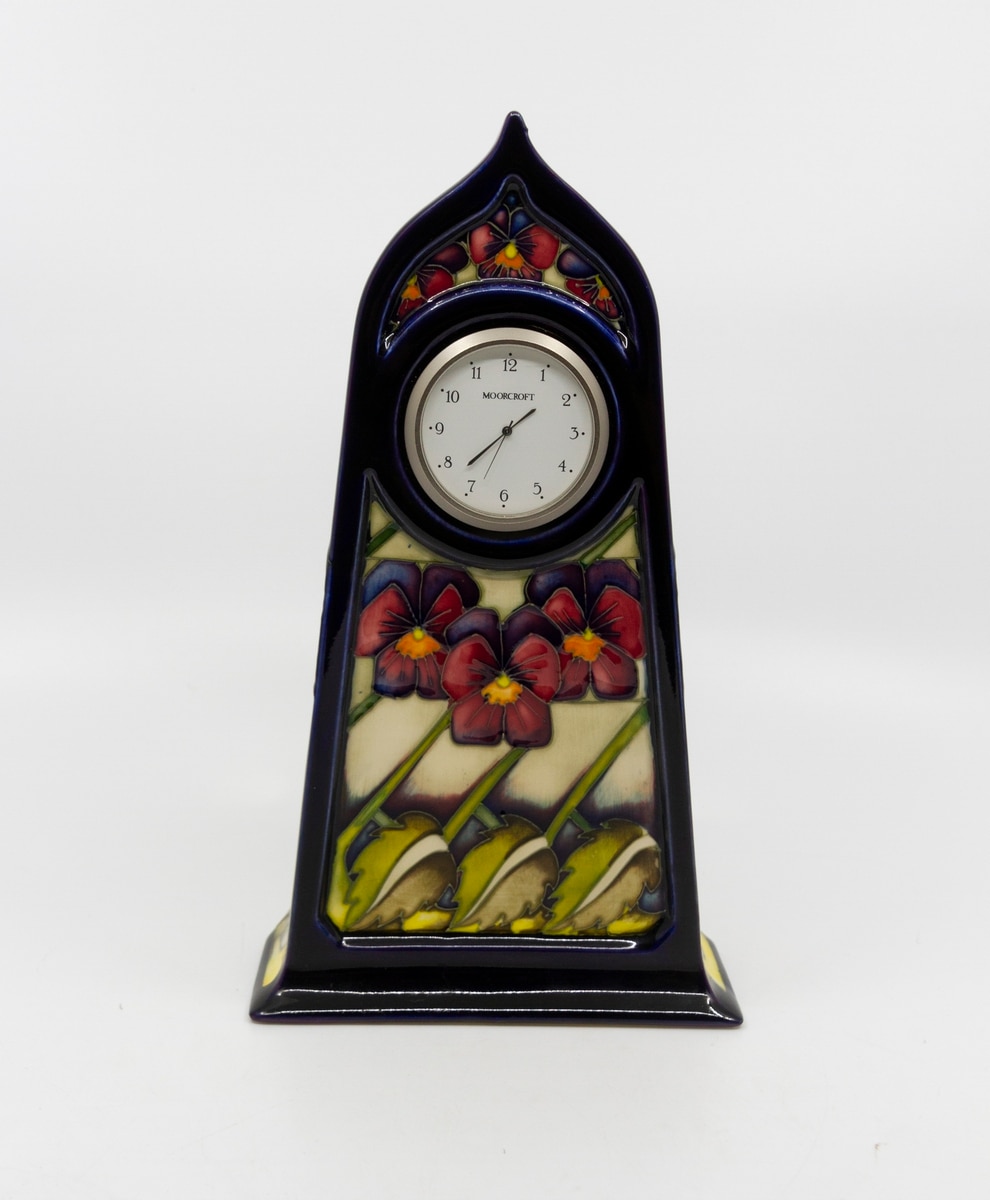 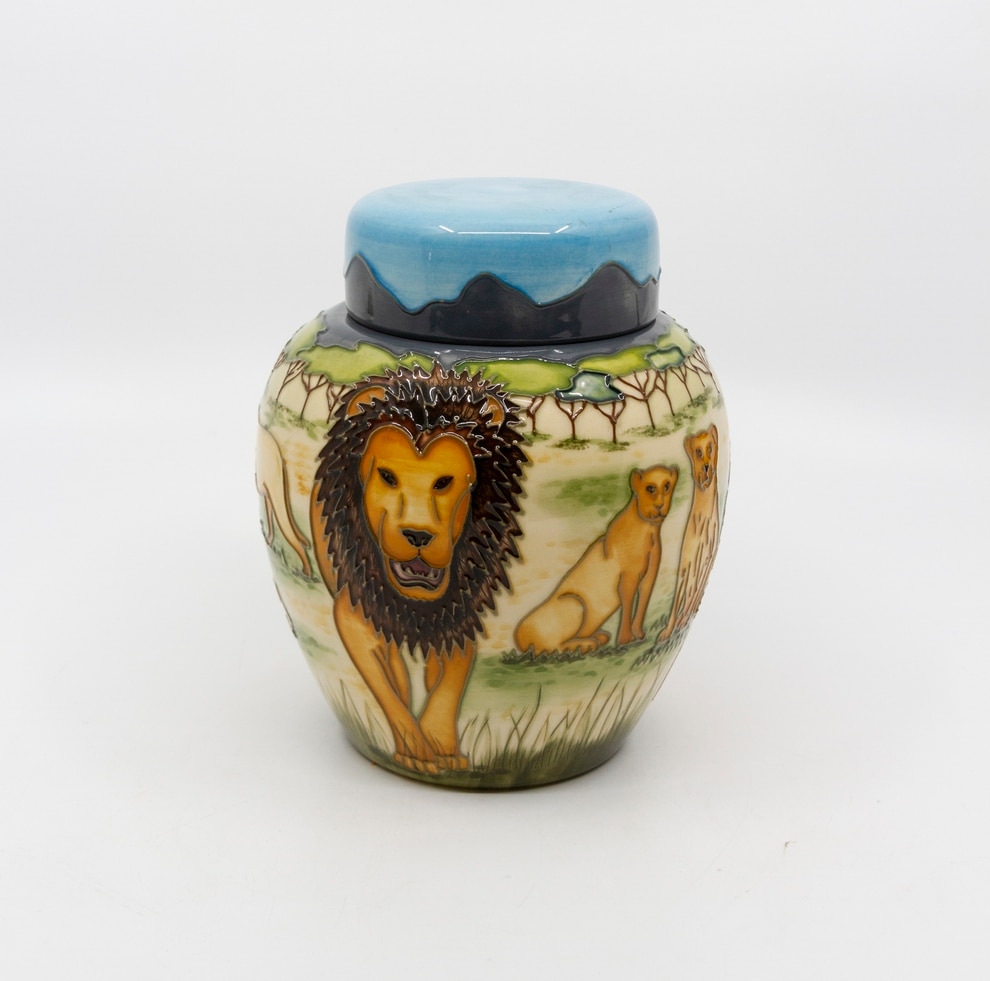 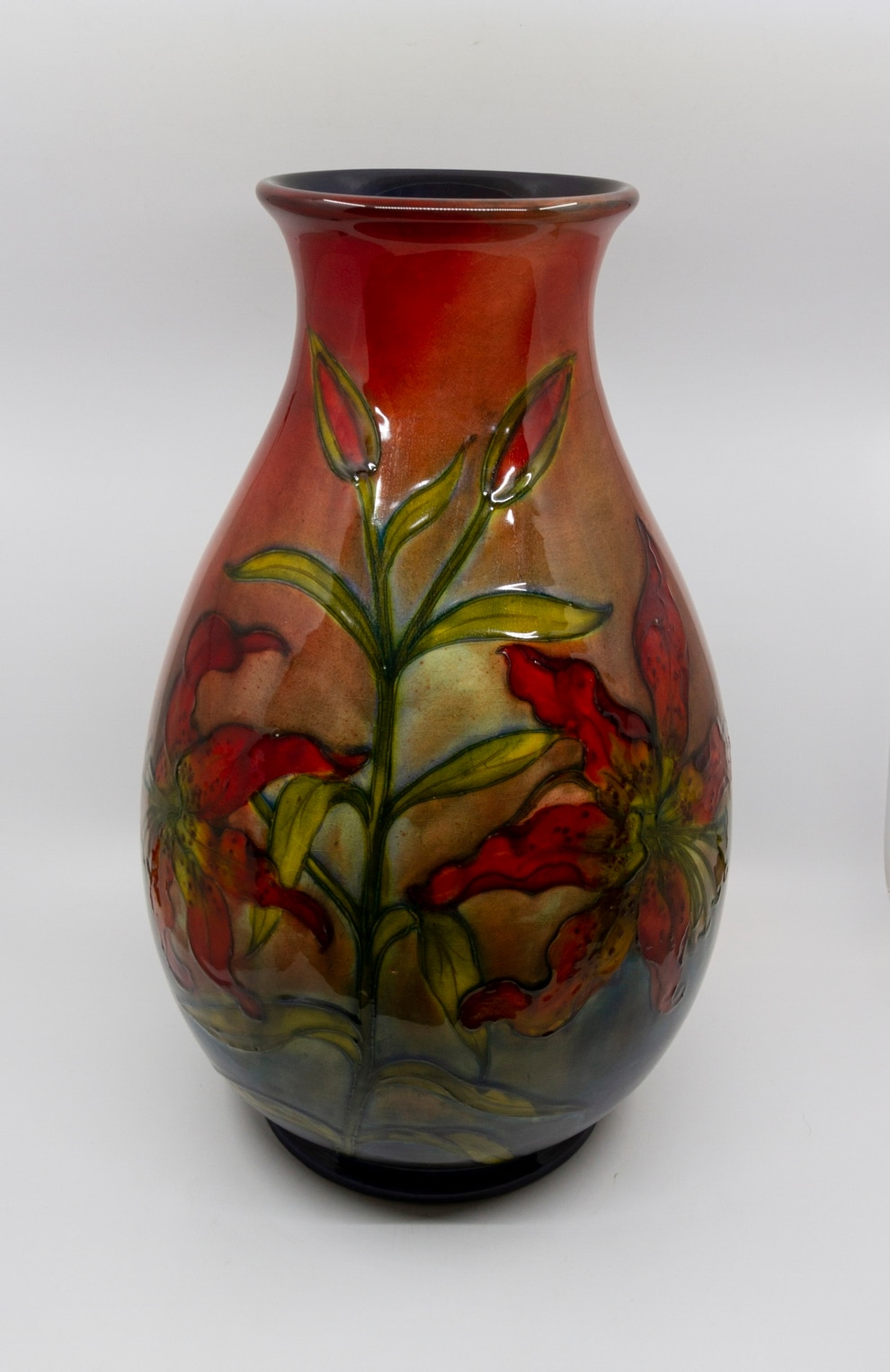 The array of pottery, dating back to the 19th century, is set to go under the hammer at Hansons Auctioneers on February 5.

The seller is a retired yoga teach from Stafford.

She said: “In 1974 I went into a shop that sells plant pots and was advised that a Moorcroft jardiniere would be an investment piece. It featured hibiscus on a dark blue background. It was just a household item. So, I bought it – and I loved it.

“My collection started in a very modest way. Then I went along to an antique sale at Bingley Hall in Staffordshire and met a Moorcroft expert called Ray Heath. He has some magnificent Moorcroft and I bought from him. He instigated the collection and gave me lots of advice.

“I went on to buy pieces at London auction houses including Sotheby’s, Christie’s and Bonhams - and sometimes outbid important collectors.

“I also picked up objects on my travels around the country. Sometimes I found a bargain, sometimes I paid a lot. One piece I own, the star lot in the sale, is a vase similar to one that sold for £12,000 at auction – more than the price of my first house. It’s a very rare tiger lily flambe vase. Only six or seven were ever made. Mine is dated 1947 and it’s signed by Walter Moorcroft.

“I fell in love with every piece and it just grew and grew. I love the quality of the pottery, the intricacy of the patterns and the flambe work. The earliest piece dates back to the 1890s when the firm was called James Macintyre & Co but my collection covers the whole spectrum of Moorcroft.

“The pieces were displayed in my sitting room but the collection has finally outgrown my house so the time has come to sell.

“It’s very hard to part with it as it’s been my baby for 40 years. I hope people will buy it who will love it as much as I have.”

Charles Hanson, owner of Hansons Auctioneers, said: “It’s wonderful to see such a magnificent collection emerge from the county where Moorcroft was manufactured. This collection is stunning in terms of its breadth and variety. Though I expect to see examples of Moorcroft due to our close proximity to the Staffordshire potteries, the quality and sheer size of this latest collection has taken my breath away. And of course, the early Macintyre pieces are extremely rare.

“Moorcroft is hugely popular and collectors around the world will fall in love with this collection. It includes everything from vases, plates and plant pots to lamps and salt cellars. It could potentially sell for £100,000.”

In 1897, Staffordshire pottery James Macintyre & Co discovered a prodigious talent in the shape of 24-year-old designer William Moorcroft. Within a year he was in charge of the company’s art pottery studio.

He went on to start his own business and Moorcroft’s first innovative range of pottery, Florian Ware, was a great success. It won him a gold medal at the St Louis International Exhibition in 1904, a world fair. Unusually at that time, he adopted the practice of signing his name, or his initials, on nearly all the pottery he designed.

Moorcroft produced an extensive array of moderately-priced domestic tableware plus hand-painted art pottery. His reputation was enhanced when Queen Mary, a keen collector of his works, granted him a royal warrant in 1928.

The Moorcroft Pottery Collection will be sold on February 5 at Etwall Auction Centre, Heage Lane, Derbyshire. Viewing: Thursday January 30, 11am-7pm, followed by a talk, The Moorcroft Collection, at 6.30pm. Viewing also available on Monday, February 3 and Tuesday, February 4, 10am-5pm. To find out more or to arrange a free pottery valuation, email service@hansonsauctioneers.co.uk.

Appointments continuing at Stafford's County Hospital as IT system back up