Council asked to budget up to £80k towards fighting climate change

A council is being asked to budget up to £80,000 across two years to fight climate change.

Cannock Chase Council declared a climate emergency at its July meeting and pledged to work towards becoming carbon neutral by 2030 – an earlier date than neighbouring Stafford Borough Council, which has set a 2040 target.

On Thursday – the day before the Global Climate Strike saw action across the world to highlight environmental issues – Cannock Chase Council’s cabinet considered the authority’s next steps towards becoming carbon neutral in the next 11 years.

Proposals include developing a 10-year action plan and creating a Citizen’s Assembly, which will include a number of residents representing the district, to establish facts and make recommendations to the council.

A report to Thursday’s cabinet meeting said: “Cannock Chase Council has adopted a much shorter timescale to achieve carbon neutrality than the statutory target of 2050 and this means that action to achieve this will need to be compressed within a period of just over 10 years. This is obviously more challenging and will require additional resources to achieve.

“There is currently a lack of resources and skills in the council to progress this agenda. Due to the number of officer posts that have been deleted over the past eight years, there is no flexibility to absorb a major new priority of this scale. Therefore, additional resources will be required to take this agenda forward.

“Initially, up to £50,000 will need to be allocated over two financial years to provide additional capacity to develop a 10 year Action Plan that seeks to deliver carbon neutrality by 2030. Further resources will then be needed to implement the Action Plan although it is too early to define what these might be.

“In addition, and as a result of the council motion, up to £30,000 will be required over two financial years to establish a Citizens Assembly; there is no capacity to do this in house and it is recommended that it remain independent of the council in any event.”

Councillor Paul Woodhead, leader of the authority’s Green Party group, said: “This is an agenda not just for this council but every council in the country. The fact we’re taking the lead and pushing forward as a district, what we are trying to do as a council and the work officers have done is laudable.

“It’s going to present some challenges but I very much welcome it.”

Councillor Tony Johnson, economic development and planning portfolio leader, said: “We’re going to have to make significant changes but we cannot go on the way we are at the moment, using carbon fuels to the current carbon levels.”

According to the latest information available Cannock Chase had the second lowest carbon emissions per capita in Staffordshire in 2016 – 4.1 tonnes. Tamworth had the lowest level at 3.1, while Staffordshire Moorlands had the highest at 12.2 tonnes.

Delays as giant oxygen tank makes its way across Staffordshire 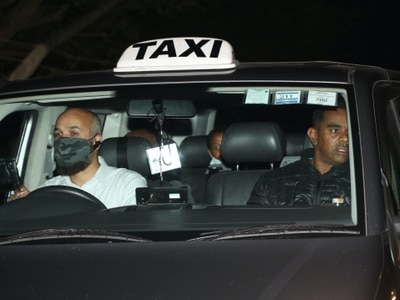