Residents fear tip may not reopen after temporary closure is extended

Concerns have been raised that a tip might not reopen after it was temporarily shut down for maintenance earlier this year.

Staffordshire County Council is understood to be carrying out resurfacing work, line re-painting and other maintenance at the Burntwood Household Waste Recycling Centre in Chase Terrace.

The recycling centre was temporarily closed for a six-week upgrade and refurbishment on September 17, and was supposed to have reopened by the end of October.

However, residents say the authority, which operates the facility, have now posted on their website to say it will reopen in mid-November.

The website states: “Burntwood Household Waste Recycling Centre will be temporarily closed from September 16, 2022 at 6pm until late mid-November 2022 for upgrade and refurbishment.”

Locals are concerned this could be delayed further, or potentially mean the recycling centre won’t reopen at all.

Councillor Steve Norman said the council has tried to permanently close the site twice previously. He has campaigned against its closure both times, along with other councillors and residents.

He said he had written to the cabinet member responsible, Councillor Simon Tagg to ask what the reason for the delay is and for reassurance that the recycling centre will reopen this month.

Councillor Tagg said: “The improvement work underway at Burntwood recycling centre is part of a £60,000 investment to the site.

“The laying of the concrete surface does need to be carried out in dry weather and needs time to set and the recent heavy rain has delayed the process slightly.

“We hope to reopen the centre in mid November and would like to thank people for their continuing cooperation.”

Residents recycle almost 2,000 tonnes of waste each year at the site. Throughout the Burntwood closure, residents can recycle household waste at sites in Lichfield or Cannock – which are open as usual. 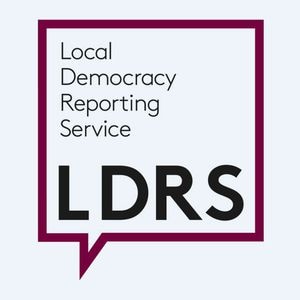