Dozens of geese are dropping dead in a Smethwick pool – with claims that raw sewage is seeping into the water.

At least 20 Canada geese have died in the pool at Smethwick Hall Park over the last few days, with residents saying other birds look seriously ill and are suffering.

It is also believed a raven and moor hen has died at the pool too.

There have been claims that raw sewage is running into the pool – but a spokesman for Severn Trent Water said they had carried out to improve the quality of the pool and believe the deaths of the birds are unrelated.

While Sandwell Council bosses said they will get to the root cause of the geese deaths as a matter of urgency.

Mike Allen, Sandwell Green Party campaign officer, said: "We have a long issue with the state of the pool.

"The geese have come in this year to breed and at this rate we will be lucky if any of them live to leave. We are watching them sicken and die.

"It's horrible. The smell is disgusting. The pool used to be a pride in Smethwick. There's sanitary products, bottles, shopping trollies."

Keith Price, who lives near the park, said: "Canada geese are dying in large numbers in the pool.

"Eleven dead birds were removed Wednesday and I saw another nine Thursday morning with others obviously suffering and unlikely to last the day.

"All of the relevant authorities are aware of the situation but it is getting worse with no apparent action being taken to remedy it.

"There's obviously been a sewage problem for some time. It was said the water that was coming into the pool was raw sewage.

"One end of the pool is near a path to the entrance of a primary school. There's been 20 geese dying over the last few days. You can see where the sewage is silting in the pool. The stench hits you in the face."

Ian Carroll said: "There's more silt in the pool than there is water. It's just going on and on.

"There are about 50 to 60 birds on the pool at the moment and it is going to go down and down, one by one."

An RSPCA spokesman said: "We were called to reports that a number of dead Canada geese were seen in and around the lake in Smethwick Hall Park.

“When we attended there were a number of bodies floating on the lake and two geese were obviously in ill-health as they appeared limp.

“An RSPCA animal welfare officer was able to rescue the poorly birds and they were taken to a local vets where they were cared for overnight.

“The local council and The Environment Agency are aware of the situation and we hope they will be able to resolve the problem and the lake will once again become a haven for the local wildlife as it is a valuable natural asset to the local community."

"I am very concerned that we get to the root cause of this as a matter of urgency.

“We are working with the RSPCA, Severn Trent and others to investigate the cause of this and our staff are visiting the pool twice a day to monitor the situation.”

A Severn Trent spokesman said: "Since the issues at the pool, we have been working closely with the Environment Agency to improve the its quality by pumping clean water into it to improve oxygen levels, and we have also made changes to our network to reduce the risk of any similar problems happening in the future.

"We are confident the quality of the pool is much improved as a result and that these bird deaths are unconnected."

A spokesman for the Environment Agency added: "We have been working with Severn Trent on the water quality in the pool.

We took water quality readings two months ago and a month ago visited the pool with Severn Trent and a community group to talk about ways of improving water quality.

"At that time there was visible evidence of sewage in the water as a result of a blockage.

"Severn Trent has been monitoring the water since then and the water quality has improved over that time.

"We understand a number of Canada geese have died over the past ten days, plus a raven and a moor hen – no fish have died - however, we cannot say for sure whether the deaths are related to the pollution, but we understand Severn Trent is again visiting the pool.” 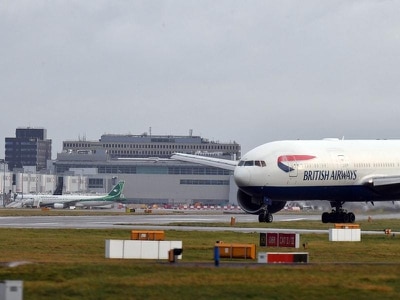 BMA calls for clarity over what poorly-protected doctors should do