A motorbike rider has been left with serious injuries after colliding with a car in the Black Country.

Emergency services were called to Hagley Road West, Oldbury, after receiving multiple 999 calls about the incident.

The female motorcyclist suffered serious injuries to her pelvis following the collision at around 2pm today, officers confirmed.

The driver of the car, a man, was assessed by paramedics before being taken to the same hospital as a precaution.

A West Midlands Ambulance Service spokeswoman said: "Ambulance crews arrived to find a motorcyclist being cared for by an off-duty nurse and passers-by following a collision with a car."

"The motorcyclist, a woman, suffered potentially serious injuries and was given trauma care by the team of ambulance staff on scene before being taken by land ambulance to Queen Elizabeth Hospital Birmingham; her condition was described as stable on arrival at hospital."

A spokesman for West Midlands Police added: "The rider of the motorbike has been taken to hospital with serious injuries to her pelvis. The driver of the car was not seriously hurt." 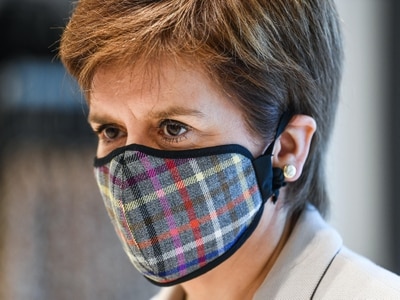