A woman died following a fire that broke out at a flat in Cradley Heath. 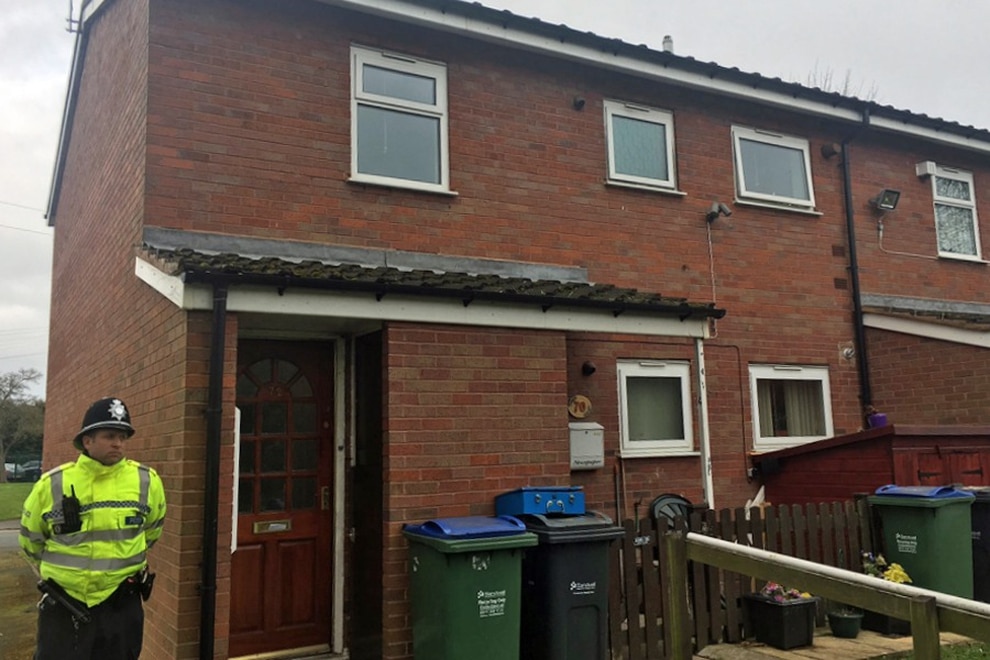 Police at the scene of the tragedy today 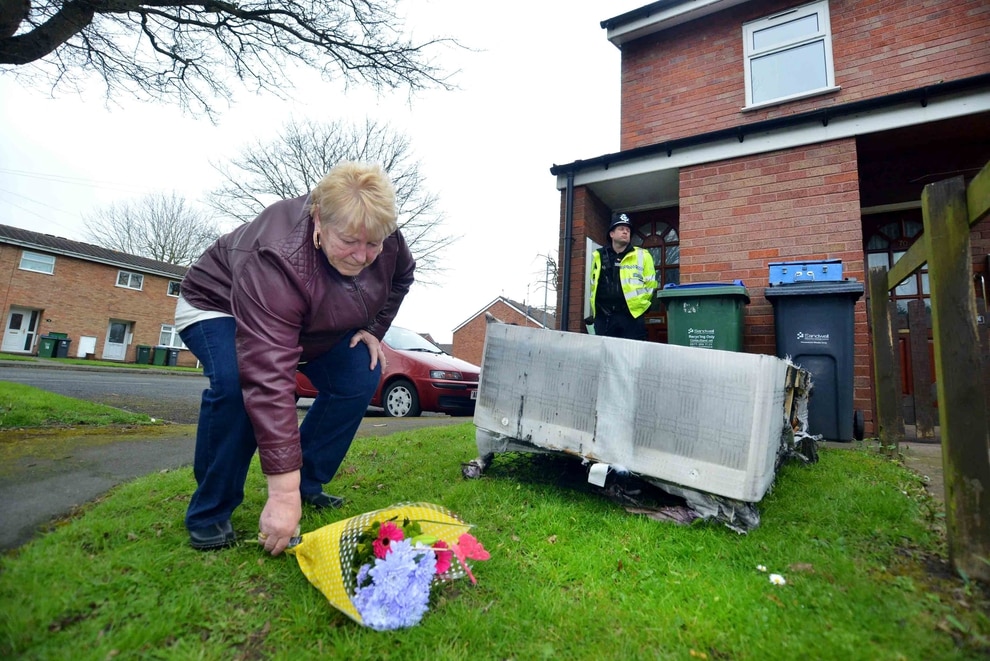 Neighbour Edna Slater 74 can be seen placing down some flowers Police at the scene of the tragedy today

The victim, named locally as Joanne and thought to be aged 53, was found dead at the property in New Pool Road, Cradley Heath.

Paramedics and firefighters were called around 9.30am today but nothing could be done to save the woman, who lived alone at the flat.

She is believed to have been discovered by a relative who then called emergency services to the scene.

A burned-out mattress was on the front lawn of the property as fire investigators combed the flat.

A cat was found hiding in the kitchen and is now in the care of the RSPCA.

Neighbours spoke of their shock at what had happened and described Joanne as being quiet but well-liked in the area.

Sheila Smith, aged 74, who has lived in the flat above her for around five years, said: “I was about to go out to the doctor’s when her brother knocked the door and said she that was dead.

“There was firemen and policemen outside. I didn’t know there was a fire.

“It’s a shame, she used to walk my dog for me. I only saw her on Saturday in town.

“She was a loner but a nice enough girl.”

Edna Slater, 74, broke down in tears as she laid flowers on the lawn in front of the property.

She said: “She was a lovely girl. She was very quiet and never bothered anybody. I can’t understand it.

“I would sometimes see her walking past. She loved cats, she would go around stroking all the cats.”

Another neighbour said: “It’s just shocking. She was quiet but a nice lady, I just can’t believe it.”

West Midlands Ambulance Service said an ambulance, a paramedic area support officer and a community paramedic attended along with the fire service and police.

An ambulance service spokesman said: “Sadly, it quickly became apparent that nothing could be done to save the occupant of the flat, a woman, and she was confirmed dead on scene.” The fire service confirmed crews from Cradley Heath, Brierley Hill and Bilston attended, but the blaze had been put out before they arrived.

A West Midlands Fire Service spokeswoman said: “There were two seats of fire, one of those was in the front bedroom which is where the woman was found.”

The cause of the fire at the flat is unclear at this stage and fire investigators will be looking to establish that over the coming days.