Two people were taken to hospital after a car overturned in a two-car smash in the Black Country.

One car hit a wall and the other, a VW Golf, ended up on its roof on the pavement after the crash at the junction of French Road and Bunns Lane in Kates Hill, Dudley.

Medics from West Midlands Ambulance Service assessed four patients at the scene after the crash happened at around 11.15am on Friday and two people were taken to Russells Hall hospital with injuries not believed to be serious.

Police stayed at the scene to monitor traffic and the road was cleared at around 3.30pm.

No arrests were made.

A spokeswoman for West Midlands Police said: "We were called to a two-car collision on the junction of Bunns Lane and French Road in Dudley at about 11.15am today (Friday, June 5).

"One car is understood to have hit a wall and a second was on its roof.

"Two people were taken to hospital with injuries which are not believed to be serious.

"We remained at the scene for traffic purposes and the road was cleared by just after 3.30pm."

Man dies after being pulled out of canal in Kingswinford 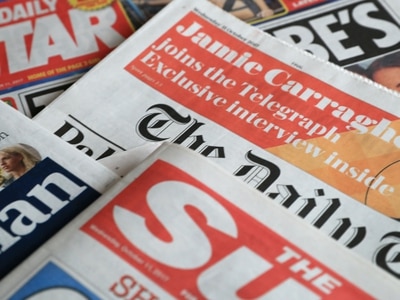