People in the Black Country and Staffordshire were today urged to follow the new coronavirus restrictions to help control the virus and avoid local lockdowns.

Meetings of more than six people – indoors and outdoors – are now banned until further notice as ministers attempt to halt the spread which has raised fears of a second wave.

Stuart Anderson, MP for Wolverhampton South West, said: "We've seen a national lockdown and nobody wants to go back to that and we must do anything we can to keep people safe.

"The evidence very clearly shows 18 to 30-year-olds are spreading the virus and most have been meeting in large numbers.

"If you look around Wolverhampton you can see large groups meeting up.

"Following the measures will keep us safe, so I plea to residents in Wolverhampton and say to them we need to follow the rules.

"I've spoken to MPs in lockdown areas and for residents it's grim because the area has gone backwards while the country is moving forward."

He said: "My message has always been to follow the Government guidance. If you want to be in the company of others, do that but in a safe way. Use common sense.

"The data coming back unfortunately is that it is highly prevalent among young people.

"That suggests younger people have a pattern of behaviour that means the virus is more prevalent among them."

John Spellar, Labour MP for Warley, which has had some of the highest cases in the region, said: "In order to get the figures back down I would urge people to be careful and to follow these rules but equally I would urge the authorities to make sure they are being proportionate and not shutting down society and the economy."

"If we do not want to suffer the meteoric spike that is happening across the continent, measures like these need to be taken.

"Frankly, I find going out with four people is enough and six does me just fine. I hope that a vaccine will be found and then we can all return back to normal." 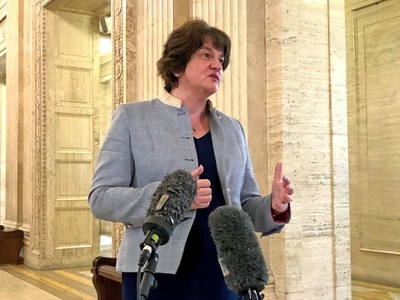