Nightclubs are being placed in “an impossible position” and could go bust due to prolonged coronavirus lockdown measures, a club boss has warned.

Shaun Keasey, who runs Gorgeous nightclub in Wolverhampton, says many clubs will not survive the lockdown unless Government support is urgently brought in.

He has written to ministers and MPs calling for a series of measures to help nightclubs, including waiving business rates for an additional 12 months and targeted grant support.

Pubs and restaurants can reopen next months but nightclubs have been ordered to stay closed, with ministers concerned over social distancing.

Mr Keasey, who is also a councillor in Dudley and chairman of Wolverhampton city centre Pubwatch, said the concerns were “entirely understandable”, but that without financial support the sector could see a raft of closures.

He said many nightclub operators believed they would not be able to start trading until Christmas or even 2021.

He said: “I am extremely concerned that nightclubs are being placed in an almost impossible position due to a lack of specific, targeted support.

"I am asking that you take measures to ensure nightclubs are given the support – both financial and legislative – required so that every one that closed in March can re-open once conditions allow.”

Not all nightclub owners share his concerns, however, as owner of Planet Nightclub, also in Wolverhampton, Michael Ansell says he is happy to wait until later in the year to reopen.

Mr Ansell, who has been running Planet for four years, says he believes the safety of his staff and customers is more important than “making a few quid”.

He said: "I was one of the first to close down – the day before Boris Johnson made the lockdown announcement in March. Yes, I'm losing a lot of money but it'll come back. Why rush the opening?

"I'd hate to open up again, have 1,000 people inside, then let's say five get coronavirus and someone takes it home to their elderly relative. I can't have that on my conscience.

"So I'm quite happy to open in September."

Since the start of the lockdown nightclubs have been able to access a ‘bounce back’ loan, capped at £50,000.

They have also benefitted from the cancellation of business rates for 2020-21 and have been able to furlough staff.

However, because nightclubs are generally bigger than an average pub or bar, most have been unable to qualify for Government grant support.

Although it is understood that The Planet did qualify for support, Gorgeous did not because its rateable value is above the threshold.

Mr Keasey added: "These measures, I believe, will safeguard a priceless and invaluable sector of British life, culture, and, of course, the economy." 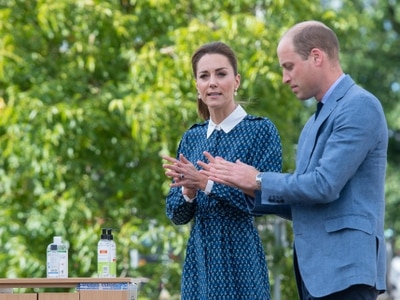