Driving instructors speak out after tests suspended across the UK

Instructors across the Black Country and Shropshire have hit out after driving tests were suspended as part of measures to stop the spread of coronavirus.

Bosses at the Driver and Vehicle Standards Agency (DVSA) stopped tests this week after responding to Government advice – with test centres closing.

Chiefs say they will automatically rebook the test, free of charge, as soon as possible – but they did not confirm whether tests will be suspended from next week onwards.

Satinder Sandhu, who runs the Sandhu Driving School in Tipton, said he was awaiting more guidance from the authority.

He said: "We will still be continuing with our driving lessons but the tests have all been cancelled this week.

"It's a one-to-one in the car, so it's not a big gathering, as long as people take the right precautions it should be fine.

"I got an email through saying the tests were being cancelled – they didn't tell us what they need us to do, so I'm doing the normal thing I usually do.

"I'm waiting another couple of days to see what is going on with everyone and what will happen."

Another driving instructor, who works in the Black Country and wished to remain anonymous, said: "It's certainly had an impact – everybody is worried about everything, really, but to be fair, they've offered free tests and compensation to anyone out of pocket.

"And you can't grumble about that.

"It's a bit worrying being self employed – we're getting to a point where we don't know how we're going to pay the next mortgage payment.

"I think I'll be going to the bank to ask for the mortgage holiday – but everybody is in the same boat.

"It's worrying but you can understand why people are the way they are."

Ian Haycock, who runs Safe4Life Driver Training with his wife in Dudley, said: "One of our instructors was at the test centre in Dudley yesterday and at the point it was a possibility.

"We've all received the email from them.

"I've got a test on Monday booked and an instructor test on Tuesday and both of them look like they're not going ahead.

"We haven't heard that, but I think it's unlikely they will go ahead."

He added: "It's been pretty good – we've had very little cancellations, but we're taking it day by day.

"We're following precautions and the majority of our pupils are happy to continue.

"We've got a loyal base of pupils and instructors and we'll continue to run as long as we can – it's uncertain and it's something which can affect small businesses, especially when test centres close.

"It can be very off-putting for people and we're sort of hoping the DVSA doesn't order a complete shut down, but we'll see."

Karen Jones, owner of KS Driving covering Shrewsbury and Telford, said there was a lack of clarity that could leave her 15 instructors out of pocket.

"All my instructors are self-employed, which means if we go into lockdown there is no income for any of the instructors or myself," she said.

"I've gone on every single site the Government has to see what help we can get. There's absolutely nothing on there. It's really going to be hard.

"I'd like our MPs to come and start talking to the likes of us, to show us how we can start getting hold of things for our instructors."

With students calling to cancel and tests being postponed, Karen and her drivers are being left getting what work they can while they can.

"We've got a good reputation, which will hold us in good stead. I've got to make sure when we come out of this, we've got work, which means I've still got things like running the website and Facebook pages.

"For us we've got to keep going because when we stop that's our income gone.

"The likes of Red and the big companies have more financial support. The small companies like myself - I am the biggest independent in Shrewsbury - how do we get through it afterwards? I think my stubbornness and will power. I know how hard my instructors work and I'll do whatever I can for them."

Karen said she was concerned there could be a year of problems now, caused by a lock-down.

"It'll be tough. It'll take us a year to get over all this. That's just to get back on our feet and on top of mortgages and everything else.

"Instructors that work by themselves, I feel sorry for them. I don't know if they'll come out the other side."

Graham Holland, who operates Graham Holland's School of Motoring in Telford, said his hours had currently dropped from an average of 35 per week to about five.

He thinks testing will be cancelled for about 12 weeks, leaving instructors searching for income for nearly three months.

"We've still got bills to pay, a car to keep going," he said "We've got normal business expenses.

"We've got a variation of pupils of all ages. Learning to drive isn't the greatest priority. It's family, quite rightly, and the first thing to go is us.

"But it is a business, and we have family to look after. It's going to be a bit lean."

Graham has been doing everything to ensure hygiene standards are kept high between lessons, wiping over all services with antibacterial wipes, offering hand sanitizer and requiring learners to wash their hands before coming out to the car.

But with less pupils, he is having to look at what happens next.

"I'll sort of close it for a while, see how things go," he said. "We're looking at 12 weeks of much reduced earnings, if anything at all. I won the car, a lot of instructors rent or lease. But maintenance of the car still has to be paid. 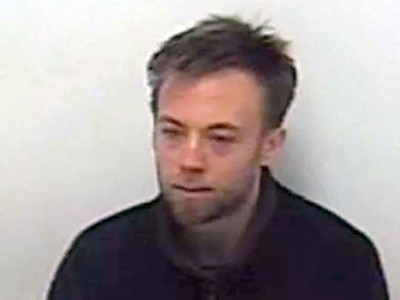