A lamp-lit procession of nursing students weaved its way through the streets of Wolverhampton. 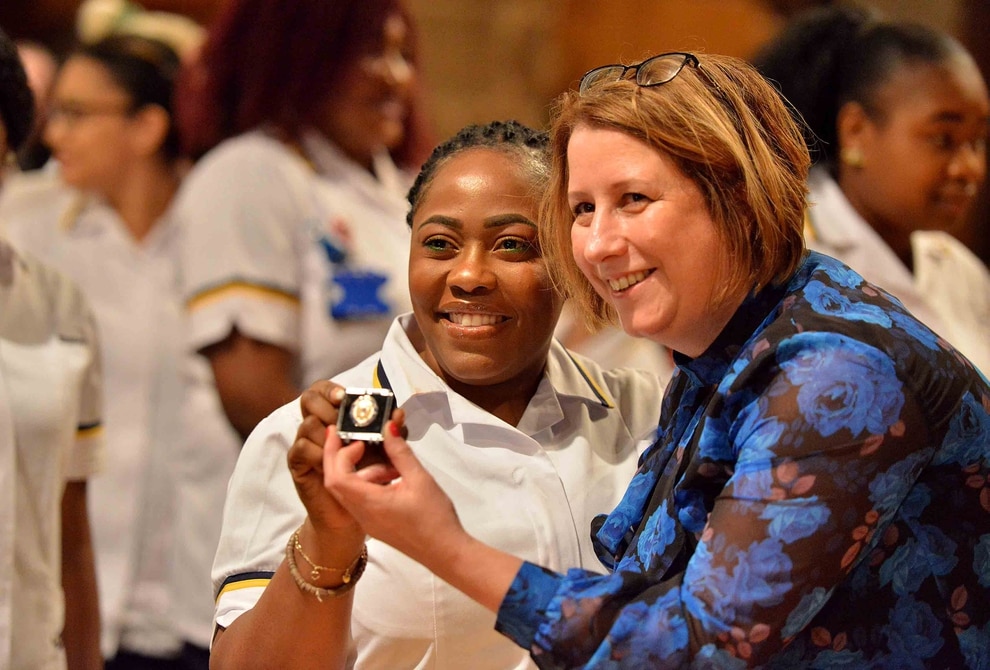 The procession makes its way into the church 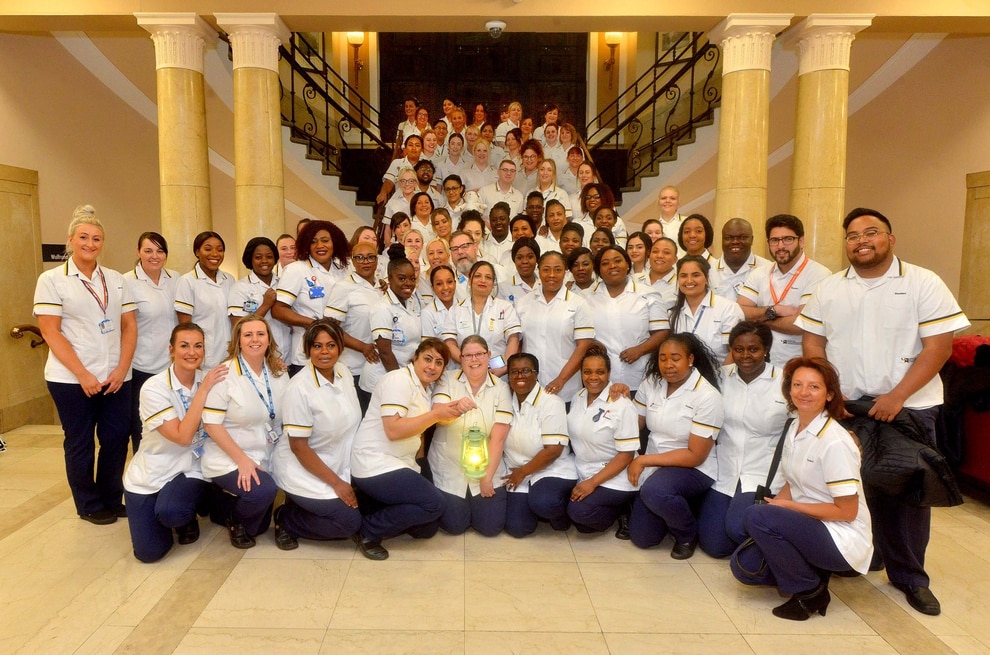 The nursing students celebrate in Wolverhampton 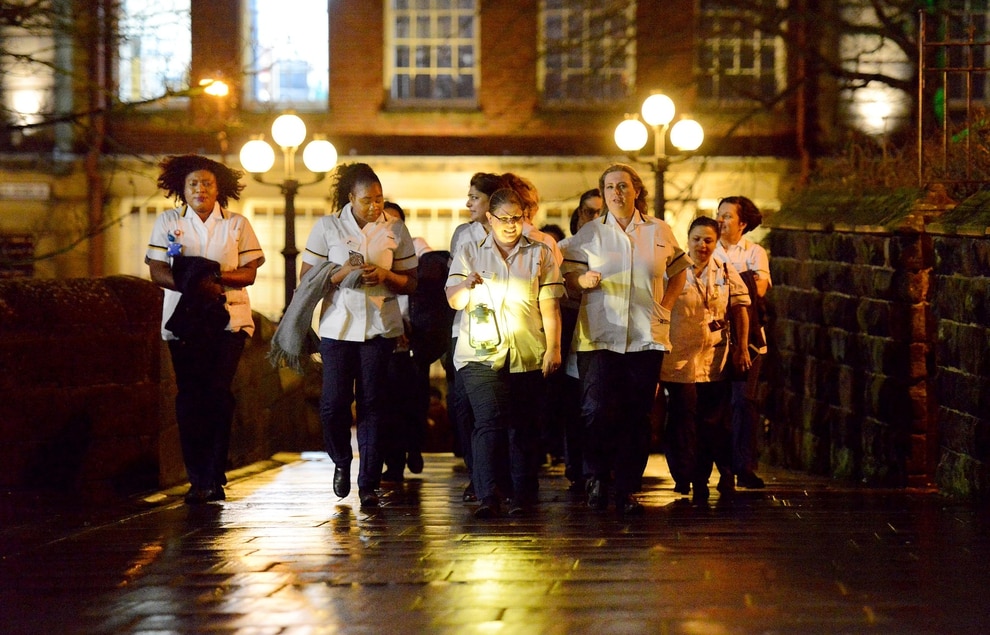 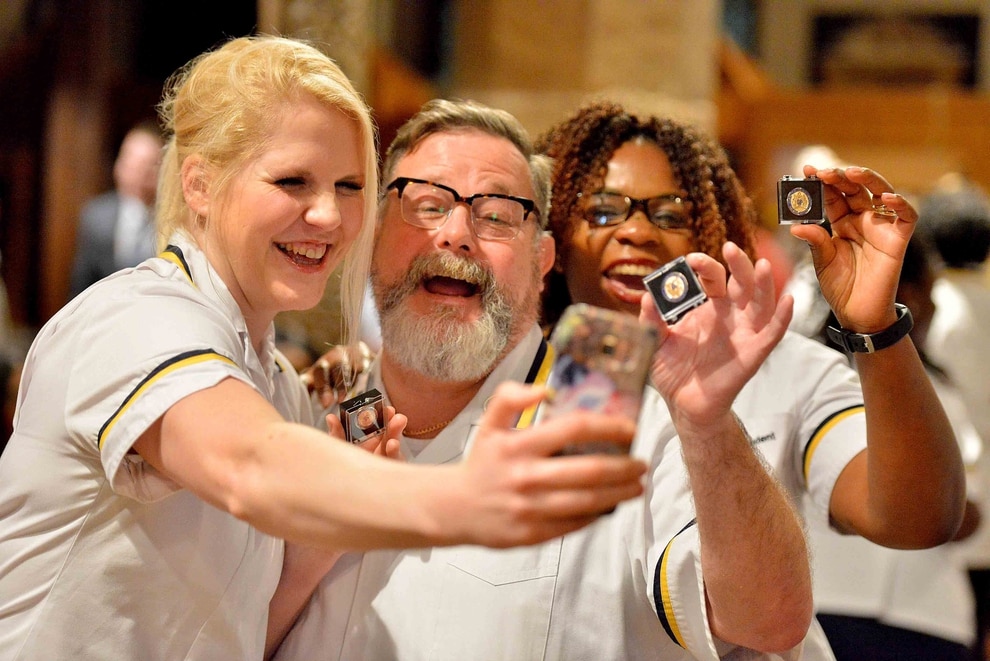 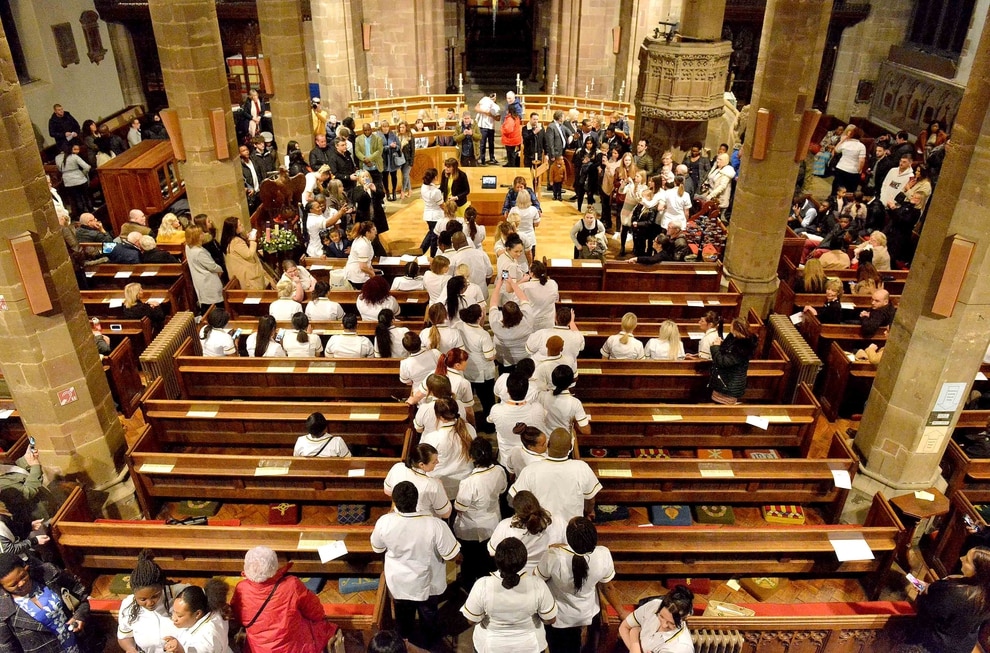 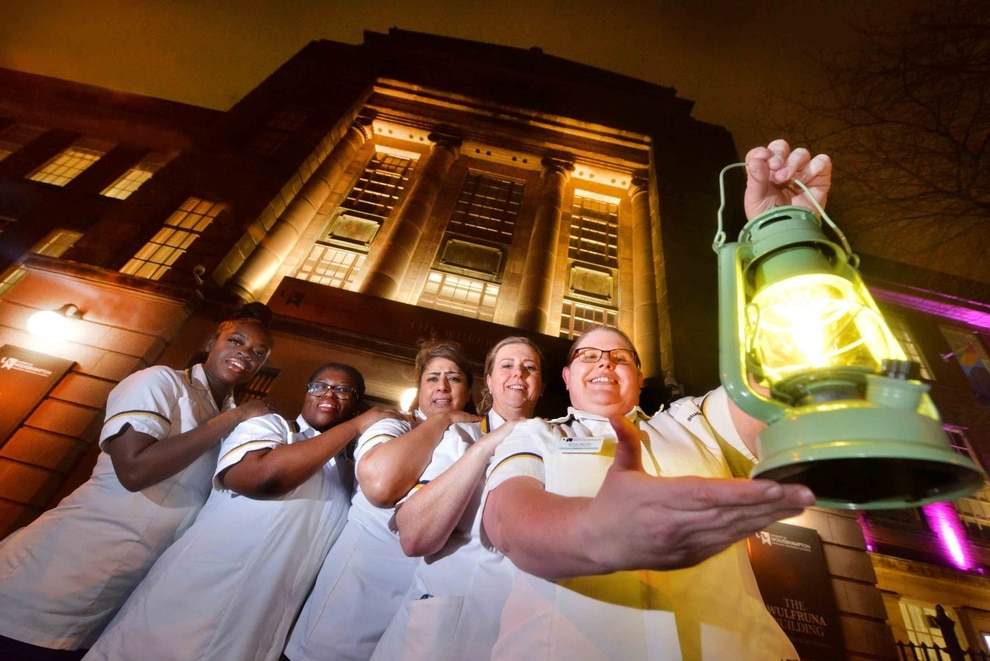 Graduates from the city’s university gathered as they marched to St Peter’s Church, where special badges were given out.

It came as nursing students, for adults and for people with mental health issues, marked the end of their three-year courses.

Learners turned out at the University of Wolverhampton for the event.

They then walked through the streets of the city toward St Peter’s Church with a lantern – a nod to Florence Nightingale.

Danielle Tabi, one of the learners who completed the course, spent her time on placement at New Cross Hospital, where she is to start work next month.

The 24-year-old, from Whitmore Reans, said: "It was really good but it went really quick.

"It was nice to see everyone get up there and get together and celebrate.

"The procession was nice – although it was a bit cold and wet. I don't think any other university does that.

"It's a unique thing to remember the history of nursing and where it comes from.

"I was quite surprised because when we were planning it it looked a little boring, but it wasn't – everyone got involved.

The student said she was "very excited" to get started at the hospital's A&E departments after spending three years at the university.

"After three years of training I'm excited to get on with it," she added.

Jenny Hendrey, from Brierley Hill, was one of the students who completed a three-year-course at the university’s city campus.

She said: “It was a traditional badging ceremony, where student nurses are given a badge to welcome them to the profession. And the lamp is to do with Florence Nightingale because she used to visit patients by candlelight, and it’s a nod to her.

“It was a really nice ceremony and nice to celebrate with each other.

“We’re a close cohort, we’ve helped each other out and it’s nice to be sharing that with them – along with friends and family.

“It’s a hard course, there’s a lot of work to do – you have a 37-and-a-half hour placement, revision for exams and written assignments.”

Jenny took a placement at Russells Hall Hospital, having been inspired to get into nursing after spending 10 years as a support worker.

“I did support work for such a long time I wanted to increase my knowledge,” she said.

“I would have people asking what was happening and I couldn’t tell them what as going on, they had to go to a nurse, and I thought it would be nice if I could tell them direct.”

The 35-year-old, who will start at Russells Hall Hospital’s emergency department on January 27, said it was an “enjoyable course”.

Jenny added: “Lecturers have been in the profession and they bring their personal experience to the course.

“It’s a lot to take in and you constantly feel like you’re not going to know enough, but it’s been great.”

Tributes to 'brilliant' Walsall doctor who died of cancer

Coronavirus: What history tells us as virus sweeps the globe