NHS staff at three West Midlands hospital trusts made a catalogue of serious blunders that put patients at risk over the last year, the Express & Star can reveal.

The mistakes included doctors lasering the right eye of a patient who needed an operation on their left eye, wool balls and swabs left inside patients after surgery, and an incident where a dentist removed the wrong tooth from a patient.

A Freedom of Information request shows that in 2018-19 there were 21 serious mistakes at The Royal Wolverhampton NHS Trust, Walsall Healthcare NHS Trust and Shrewsbury and Telford Hospitals NHS Trust.

The incidents were deemed so serious that they had to be specially logged by NHS regulator.

The trusts also admitted in some cases the situation should "never" happen and logged them as a special 'Never Event' - described by the NHS as “serious, largely preventable” safety breaches.

The log supplied by the NHS regulator NHS Improvement revealed:

Nick-Machnik Foster, a Lib Dem campaigner in the Black Country, said the errors “should ring alarm bells” for the trusts and the Department of Health.

“There are no excuses for failing to follow medical protocols as it could be the difference between life and death," he said.

"Whilst patients and the public understand that medical professionals and support staff are under pressure and have increasing workloads, this is not an excuse for allowing never-events to occur.”

A spokesperson for NHS England and NHS Improvement in the Midlands said: "The NHS strives to deliver the highest quality care to all patients, which is why we have been working closely with these trusts to ensure these mistakes are fully and thoroughly investigated, and to put plans in place to prevent them from happening again.

"We are satisfied that the organisations are taking these incidents very seriously and will continue to support them to make improvements." 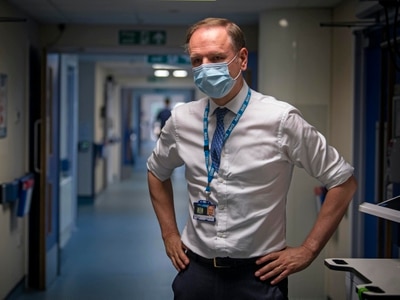 The Beckhams celebrate 21 years of marriage

Scottish independence support ahead in polls for ‘sustained period’ – Curtice