Food poisoning reports on the rise in Dudley

More than 700 cases of food poisoning were reported in Dudley last year – a rise of more than 20 per cent on the previous year.

The jump in contaminated foods is partly being put down to warmer weather and improved detection techniques.

Officers also made more than 900 food standards visits during the period with the council warning Brexit is likely to pile more pressure on staff as they cope with changes following leaving the EU.

It has all been revealed in a report on how Dudley Council protects consumers.

In all 740 cases were reported in the borough during 2018 to 19 and during the same period 110 allegations of alleged poisoning following the consumption of food from commercial premises were investigated, though no outbreaks were confirmed.

The authority’s health and well-being division said the rise is thought to be linked to the warm weather in summer 2018 and more improved techniques by scientists which allow them to detect historic infections through the use of DNA.

In total 461 complaints were investigated and there were 374 requests for advice in relation to food hygiene, safety and standards.

More than 900 food standards visits were carried out and 297 microbiological food samples were taken from premises in the borough with 39 being unsatisfactory, mainly from swabs taken of equipment and surfaces. On Brexit the report states: “A small number of food businesses export food products to the EU, which would require increased health certification and extra checks on food by the food team.

“Where food consignments coming into the UK via ports are deferred for inspection at the final destination, such as Dudley based cold stores, this will require additional food inspection visits and may impact on achievement of the overall inspection programme.

“Should import tariffs be introduced for EU food products, this may result in more food products being imported from outside the EU which will increase food inspection checks required to ensure compliance with UK legislation on safety, composition and labelling.”

The report will be discussed at full council on July 8. 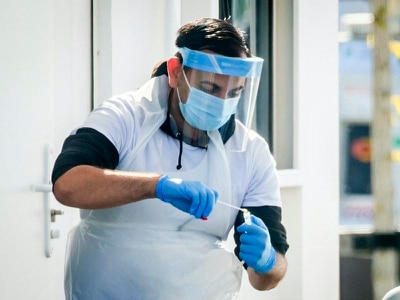